Here are the Top 3 Stock Trading Success Factors in 2017 which you should consider while investing in the stock market in the second Quarter of this year.

AtoZForex – It's been a momentous First quarter for the stock market globally as the developed and emerging markets performed well. But, it's definitely not the end or we can say that it's just the beginning. There are some stock trading success factors which the traders should focus to earn the tremendous profit by the end of Q2.  Here, I am going to talk about the success factors- fundamentally as well as technically. 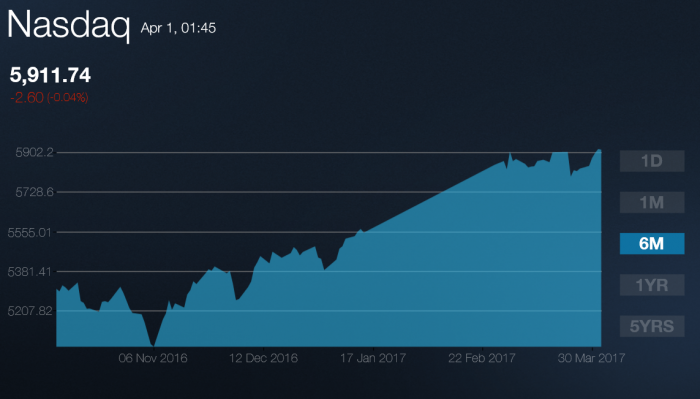 Moreover, the Financial Times Stock Exchange 100 Index (FTSE 100) advanced 4.89 % in the last 6 months. But its was due to the UK leaving the European Union- the Brexit. Also, FTSE 100 Index surged 18.59 % in 1 Year which is quite tremendous return as compared to other markets. The Germans DAX Index surged 17.40 % in the last six months, which proved themselves as the best Economies of the Europe. 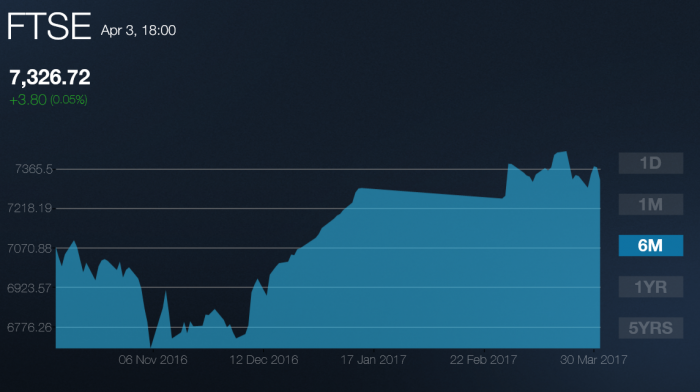 Asian markets performed quite well as compared to the European markets. The Nikkei 225 and the Shanghai Composite Index advanced 15.40 % and 7.25 % respectively in the last 6 months.

Here are the Top 3 Stock Trading Success Factors in 2017 which the traders must focus on. These factors are focused on the economy, earnings and Trump agenda and new rules and regulations. Here, I am going to tell you about how to balance these factors and earn more money smartly.

On the US economy point of view, the consumer confidence is at the highest level since Trump won the US Presenditial election. But the Atlanta Fed GDPNow forecast for Q1- 2017 shows that the quarter GDP growth is not much higher. The maximum forecast of real GDP growth is 3.4 for ISM manufacturing and construction whereas the minimum is 0.9 for home sales. Also, the median estimate for Q1 is now 1.4 percent. The sentiment of the overall market is still growing and most traders think the Trump agenda lags. From my point of view investing in manufacturing, technology stocks and construction companies stocks been a pretty good trade as the expected Q2 growth is significantly better than the Q1- 2017. 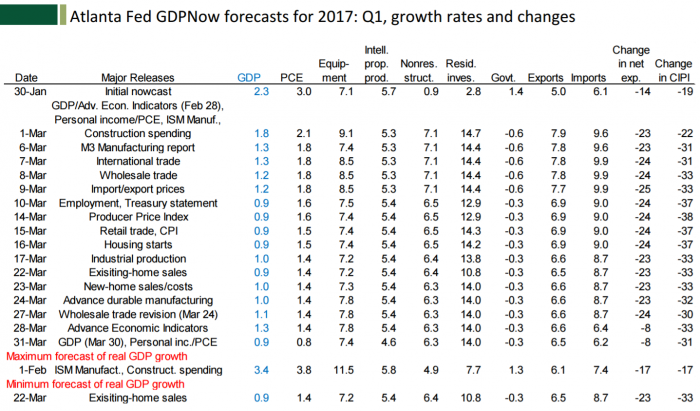 The Dow Jones Q1 earnings are 4.56, about three times greater than previous year quarter 1 growth. According to my research and analysis, the Q2- 2017 earnings for Dow Jones Industrial Average must be in between 6-8. Earning must be stronger but the market is already priced up. Thus the US stock market bulls need to take a breath and form new support and resistance levels. Moreover, the market becomes expensive and trading above 18 times 2017 earnings. Though, some analysts expect that the Q2 earnings will rise 10 percent but the chances seem to be very less.

The Trump agenda of lower taxes and infrastructure spendings also plays an important role in US Economy and the stock market. If there is a significant corporate tax cut then it would add 10- 12 % to the Q2- 2017 growth and the US stock market. Investors and businessman are on the front side of the Donald Trump policies and agenda.

The US President Donald Trump commented after moderate Q1- 2017 growth that "I would say that we will probably start going very, very strongly for the big tax cuts and tax reform. That will be next."

Moreover, I believe that if there be a trade war between US and Mexico than the market moves extremely negative and will move down to 10- 15 %. Hence, before investing in stocks for long period of time you should focus on the Trump new moves and change policies.

What do you think about the Top 3 Stock trading Success Factors 2017? Let us know in the comments section below.