25 January, AtoZForex – Mining was once done on the normal home computer but now mostly done in large, specialized warehouses. These warehouses usually direct their hashing power to mining pools. What is a mining pool? Mining pools are groups of collaborating miners who agree to share block rewards in proportion to their donated mining hashing power. While mining pools are needed to the average miner as they smooth out rewards and make them more probable. Moreover, Bitcoin traders should also keep their Bitcoin wallet safe by implementing certain things listed in my article How to keep your bitcoin wallet safe in 2017?

Bitcoin miners can change mining pools easily by routing their hash power to a different pool. But note that if you cloud mine then you don’t need to select mining pool; the mining is done automatically in cloud mine company. To make the list of top 10 miners, I looked at blocks found over the past 6 months.

DiscusFish is also known as F2Pool and is China-based mining company. It has mined about 19.5% of all blocks over the past six months.

Antpool is another China-based mining pool company, upheld by BitMain. Antpool mines around 18.5% of all blocks.

BitFury is one of the largest manufacturers of Bitcoin mining hardware and chips. BitFury presently mines about 13% of all bitcoins in three data centers across Georgia.

BTCC is China’s third largest Bitcoin exchange. The mining pool currently mines about 11.5% of all blocks.

BW mining company was established in 2014 and is another Chinese mining based company. It currently mines around 8% of all blocks. 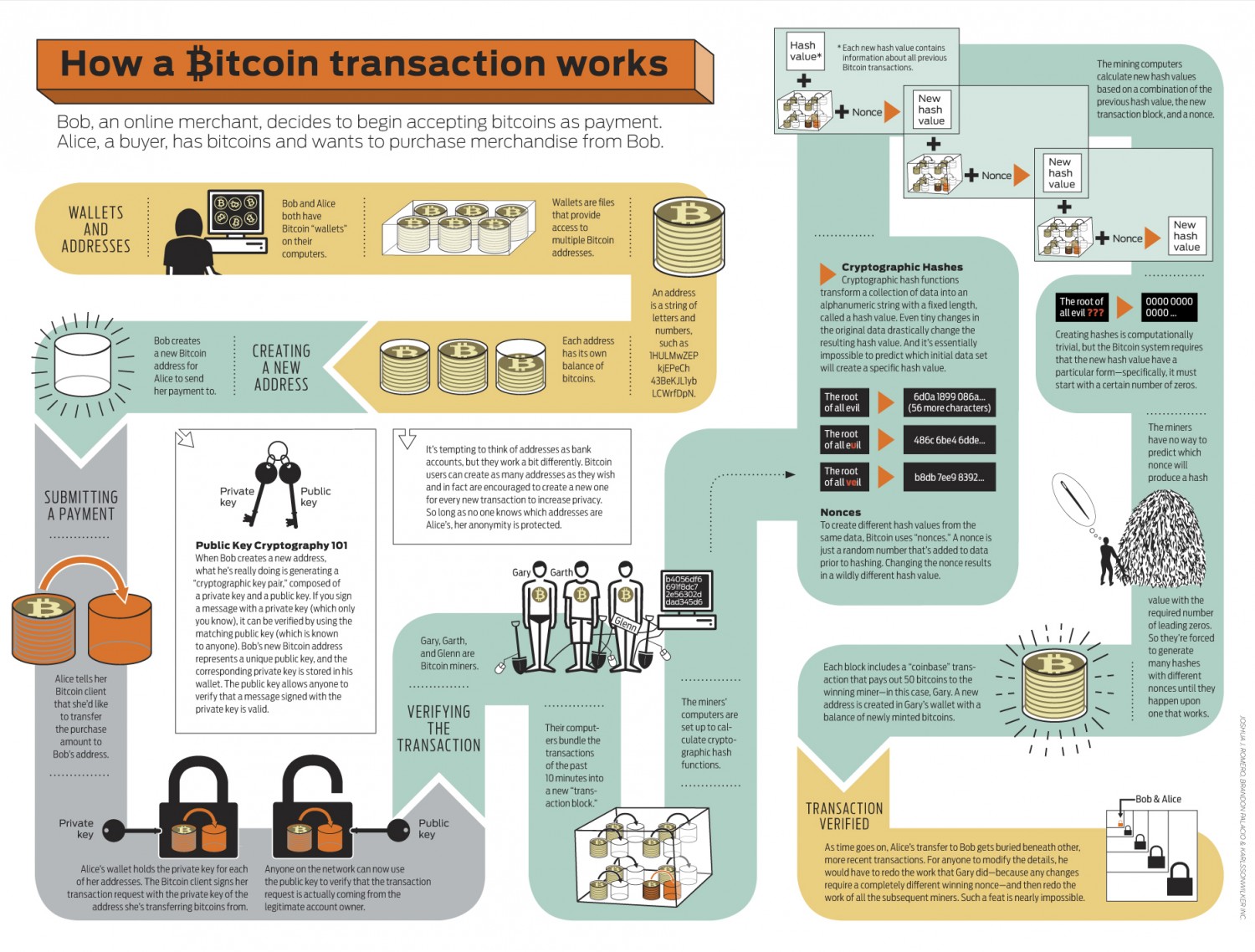 How does a Bitcoin transaction work? (click to zoom)

KnCMiner is the Sweden-based mining company. It presently mines about 6% of all blocks. KnCMiner is not a pool and mines bitcoins in their private warehouses.

Slush was the first mining pool company and presently mines about 5% of all blocks.

21 Inc. is a California-based Bitcoin mining company. The company mines about 4% of all bitcoins. 21 Inc. owns a large number of miners and also sells low powered bitcoin miners.

Eligius mining company was one of the first mining pools created the company. It currently mines around 3% of all blocks.

GHASH.IO earlier was the largest mining pool company with over 50% of the network.