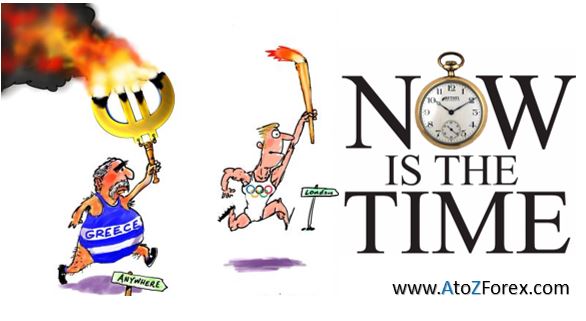 Following a hectic week with various events that have occurred, including Greece’s extension request on its current bailout program and the immediate rejection of the German Finance Minister, the spectacle continues as today Greece proposes new measures. As planned the Eurogroup will evaluate this new proposal, accordingly on the 24th of February, prior the final deadline of the Greece’s current bailout program, consecutively on the 28th of February, 2015.

The prospective in the Eurozone remains uncertain, due to this long lasting case of Greece, with no end near in sight for the involved parties. Leaving, also the banks and brokers on the Forex market in a state of anxiety, as they have taken precautions in return. In order to gain a better perception upon the long run of the entire case between Eurozone and Greece, Morgan Stanly Research has projected a Timeline of key risk events; Eurozone and Greece;

Having a closer look at the timeline, it can be clearly seen that the key risk events are elongated till the very end of August, 2015, whilst focusing on two main topics, namely the ELA for the Greece’s banks and the final mandate of the Greece’s measures.

ELA funds for Greece’s banks
Last week, in an official announcement from the ECB, it has been reported that the institution approves a slight increase of the Emergency Funding for the Greek banks. With the aim to exercise extra pressure on Greece, in order to find a compromise with their European partners. It is unmistakable that the ECB is keeping a close watch on Greece’s progress.

Approval of the ECB and IMF
Surging towards the end of April, more clarification should be concluded upon the details of Greece’s measures. Providing the ECB as well as the IMF, with the necessities for clearing out the final approval. Although these dates, presents the primarily key risks events, but due to the unprecedented nature of the case, things could quickly overturn, whilst resulting in a contrasting aftermath.