16 June, AtoZForex – Brexit probability has risen dramatically, with the NCP Brexit probability index now at 39%. The chances of Britain voting to Leave the EU are higher than ever since the confirmation that the referendum would take place.

This Brexit poll is going viral

Brexit anxiety is felt around the world. Since Monday, when the Brexit poll was only showing 24% chance of a leave, the number surged sharply reaching 33% on Tuesday and 39% on Wednesday. As a result of increased pressure, GBP has devalued broadly, trading increasingly dependent on the Brexit poll results. Even yesterday’s dovish FOMC meeting did not help much to lift GBPUSD higher. 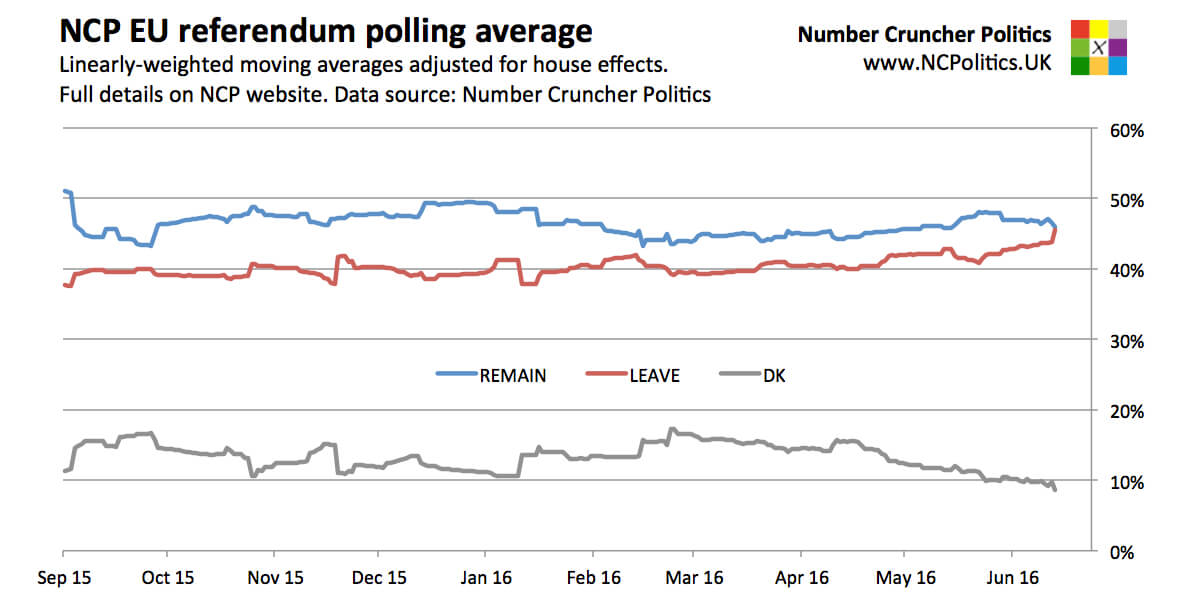 Recently, the G7 leaders warned of Brexit in a declaration from a summit in Japan, “a vote to leave would reverse the trend towards greater global trade and investment, and the jobs they create.”

The President of BaFin, Felix Hufeld said that he hoped that Britain would stay in the EU, as Brexit will harm German banks in a direct approach.

If not, “the biggest banks would have the biggest problems,” he said. Hufeld also explained why: “They have the most activities in, and with, London.” According to BaFin’s president, the Deutsche Bank AG, and Commerzbank AG, the two biggest banks in Germany, would experience a crisis in case of Brexit.

Every broker has to develop its own Brexit risk management plan in case of unpredictable market changes, like the Black Swan event last year. Many retail trading platforms currently are requesting higher margin on products related to UK equities and GBP from their customers. While most of the brokers are demanding their clients to increase their equity balances for transacting in GBP and UK shares.

For the benefit of the traders, AtoZForex team has presented the full list of Forex Brokers Brexit risk management strategies.