Robin hood is the mobile device, zero-commission based brokerage app, which was launched back in December. Currently, the firm decided to open its platform to the general public for free, as any trader will be able to utilise the app.

No doubt, Robinhood is different from any other existing stock market applications, primarily because of its user friendly and most of all its mobile based.

The "freemuim" model allows all customers to buy and sell United States listed stocks and ETFs. 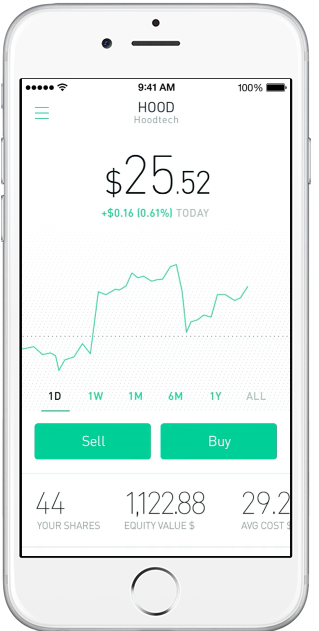 Aside this service, customers are able to place buy, sell orders, limit orders, track their real time data and customize their watch-list for entirely free. The only services that will charge customers within the app will are the provided premium services like margin lending.

The developers, Vladimir Tenev and Baiju Bhatt were motivated by the 2011 Occupy Wall Street movement, inspiring the co-founders to democratize access to the financial markets.

Reports show that in the 12 months since Robinhood was firstly announced, an estimated 500,000 persons were already on the firm's waiting list to download the application. The same report shows that almost all of them were in their twenties, therefore it can be concluded that the app is a hip trend and the most popular platform to trade the markets, as the Robin-hood free trading app continues to extend its reach all over the world.

Its also worthy of note that Robinhood's angel investors are respectively famous public and commercial figures, e.g. Snoop Dogg, Jared Leto, and Andreessen Horowitz. The company has raised $16 million via Index Ventures led both its seed and Series A rounds.