The weakness in the Australian economy has already prompted interest rate cuts to a record low at 2.25%. According to the Reserve Bank of Australia’s Governor Glenn Stevens, further cuts are still possible, but the potential has become more limited. The proper channels have to be utilized to ensure that any further rate cuts will be effective. Speculations have mounted over the past two months that the RBA will announce such cuts in their March and April meeting. Although Gov. Stevens emphasized that the policy is "still effective" and that the central bank is not at a point where lowering rates has become "completely useless”. This is understandable because the effectiveness of the mechanism has become more limited because debt is already high. Besides, recent data already shows that people have started spending more. The potential for further Aussie dip is high as Gov Stevens again said he would be "surprised" if the Australian dollar does not fall further. The AUD lost about 120 pips 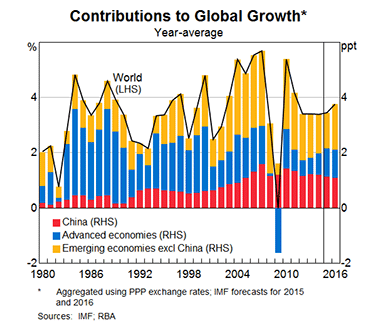 against the dollar and is trading lower during the Asian session and is likely for the Aussie to fall further in weeks to come.

Bank of Canada’s Stephen Poloz hinted in his speech yesterday during a panel discussion at the Bloomberg Americas Monetary Summit, in New York that the Central Bank may be done cutting rates for now. Going according to plan, the Canadian recovery is expected to start in Q2. Inflation expectations are well covered and Quantitative easing helped avoid depression according to the Governor. The fall in oil prices really took its toll on the country. The CAD experienced a consistent 7 month decline against the dollar.

The Monetary Policy Meeting Minutes released earlier today gave insights into the reasons behind the Central Banks decision to hold rates at record lows of 2.25%. The decision was supported by increase in Household consumption in the December quarter, supported by low interest rates and rising household wealth, supported by other macro economic and international conditions.

By 9:00 am GMT, we have the German ZEW Economic Sentiment. The February and March figures fell slightly below forecast. Although it has shown growth since last year and is expected to come higher at 55.6. This could further support Mario Draghi’s claim that the Eurozone has picked up in terms of growth and is expected to continue as such.