The year of 2015 hasn’t shown as high degree of the volatility in the price of oil as the previous one, when the price has been gradually dropping since June and till the end of the year. Surprisingly, when looking on the weekly chart, we can only spot 5 green candles from June 2014 till the end of the year. Consequently, the first half 2015 has been quite positive and resulted in a little growth.

Yet today the price is nearly as low as possible and accounts for 42 USD per barrel. This leaves many question marks and we will try to answer the reasons behind the price fall in the past, while predicting the price for the year 2016. 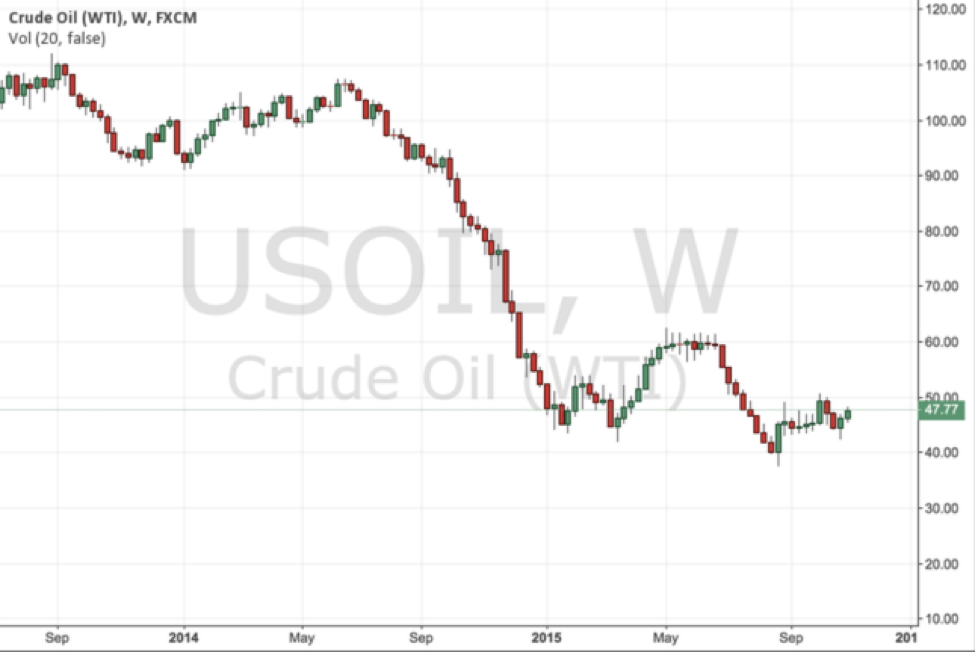 Reasons behind the fall

Looking at the past, we can conclude that the main reason behind the decline in the price of oil was simple supply / demand mismatch. While the oil production was booming, the demand for it has been declining. This is mainly the result of the shifts happening in China. As you can see from the chart below, China is the largest net importer of oil, meaning that this is the country that uses the most of the oil that is produced by other countries. 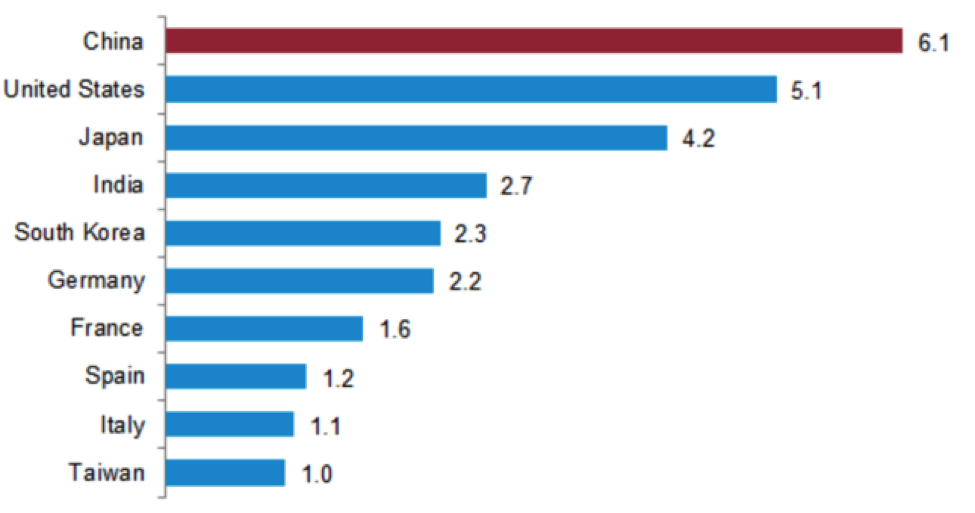 Even though Chinese economy has been growing for the last decade, in 2013 it started to decline and by the end of 2015 it demonstrated a significantly low performance. So, while the demand was going down, oil producing countries still tried to pay back the investments they previously made in the production facilities and were pumping as much oil as never before.

Yet that was only the case for 2014, this year causes are different.

You may assume that such a low price is certainly bad for the OPEC countries. Yet the truth is that some countries, for example Saudi Arabia or UAE, are still benefiting a lot from the current price, while other OPEC members can hardly make the oil production profitable at 40-50 USD per barrel.

This is why we can name the year of 2015 as the period of a little war within the OPEC countries themselves. While such some Gulf states could certainly afford selling their oil cheaper, the main idea of this action was to actually protect their market share and restrain such countries as Russia from taking their slice of the pie and experience some issues in Forex trading as their dollar supply would go down.

The future of oil will mostly depend on the geo political events rather than supply and demand, especially for next year. At the moment we can certainly see that the world is not in a stable condition, a lot of events that influence a the price of oil either directly or indirectly. The war in Ukraine, ISIS conflicts, upcoming US elections, to name a few. This leads us to a clue that the price of oil would not show any major moves before some major news coming in from one of the countries.

However, it is plausible to assume that the trend is bearish. It can be forecasted that the price per barrel will move down to 35-38 USD by the second quarter of 2016.