November 28, 2018 AtoZ Markets - The news of Sweden being on its way to become the first cashless society is not a surprise anymore. It is a well-known fact, although, only a few countries could boast about similar progress in the system of payments. According to local retailers, they will stop accepting cash by 2025. At the same time, the government is in the process of estimating the societal of that kind of future.

At this moment, the Central Bank of Sweden is in a phase of testing a digital Swedish currency, e-krona. Lawmakers in their turn are evaluating risks which online payments and bank accounts will face in case of the total digitization. The risks such as electrical grid failure, thwart of the servers due to power failures, hackers or war. According to the the governor of Sweden’s central bank, known as the Riksbank,Stefan Ingves, in the current circumstances, sitting and waiting when cash will disappear and doing nothing , would be wrong. He added, that thought it is impossible to turn back time , dealing with changes is their goal for this moment. 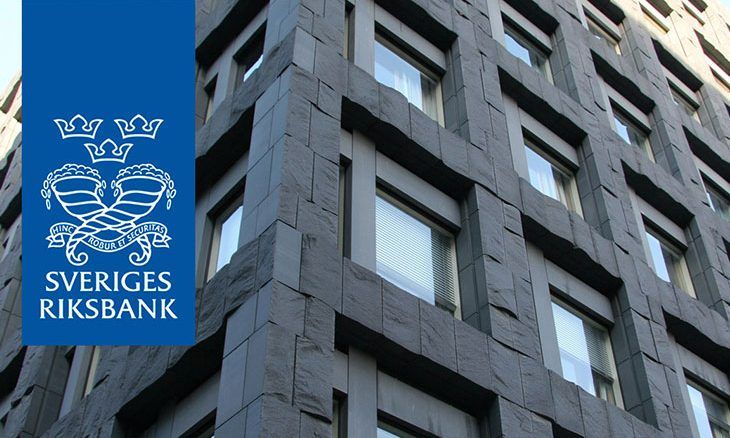 Some statistics of payment methods in Sweden

The Swedes usually tend not to carry cash in their pockets, and this is publicly known of them to a limited extent.

In a country of 10 million people, a fifth part of the citizens do not use ATMs. Over 4000 Swedes use microchips implanted in their hands to pay for food, or enter keyless offices.

According to the financial analysts, bills and coins represent 1 percent of the country's economy, compared to 10 percent in Europe and 8 percent in the USA. From 2010 to 2018, a number of consumers paying with cash changed from 4 out of 10 to 1 out of 10. Although most merchants in Sweden still accept cash, their number is shrinking every year though. Up to 95 percent of the purchases made by consumers between 18 to 24 years old is payed by a debit/credit card or a smartphone app called Swish. 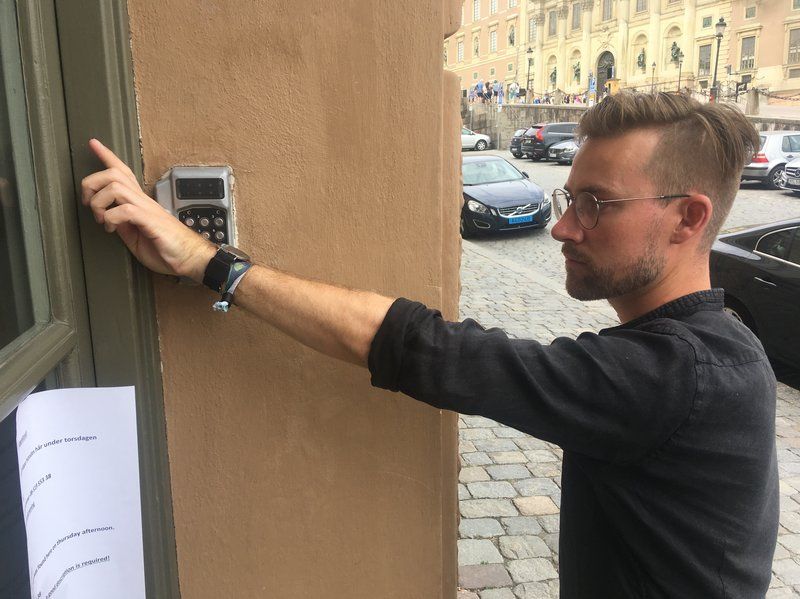 However, there are some groups in the Swedish society, which might be affected negatively by the new reform. A third of all the Swedes -which are 55 or older ranging between immigrants and disabled people- cannot easily gain access to electronic means to pay for some goods. So they rely on the customer services their banks provide. There are also other more serious concerns about Sweden taking the shape of a cashless society. According to analysts, such progress might curb the state’s role as a sovereign guarantor, and enables the commercial banks to gain greater control over the country.

Mats Dillén, the head of the Swedish Parliament committee, pointed out to that the digitization process in Sweden is happening too fast , and needs to be paused to allow a margin to “think about whether this is good or bad… If cash disappears, that would be a big change, with major implications for society and the economy.”, Dillén stated. 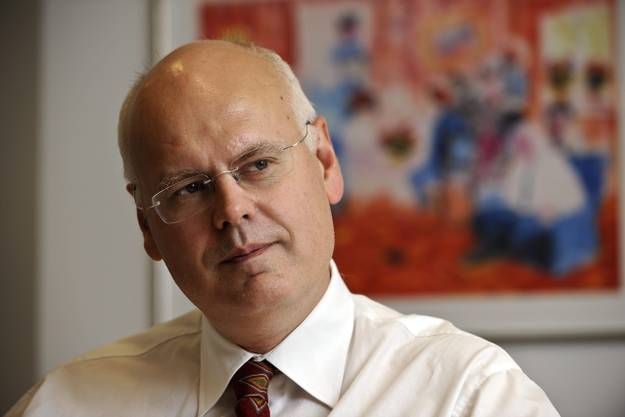 Managers of Ikea in Gavle, which is about 100 miles north of Stockholm found out that fewer than 1 percent of shoppers used cash. With that being said, the managers decided to go cashless for one month for the sake of experimenting how to gauge the allure and effect of a cashless commerce, as Patric Burstein, a senior manager at Ikea shared some experiment outcomes. According to Burstein, around 1.2 of every 1,000 customers were unable to pay by anything but cash — and mainly in the cafeteria, where people tend to spend their change, rather than bothering with bills, Ikea has been offering those customers freebies. As Patric Burstein suggests ”cash is not essential, and instead, may be costly", he said. The experiment pushed members from the Swedish National Pensioners Organization to protest. Christina Tallberg, 75, the group’s national president said “We have around one million people who aren’t comfortable using the computer, iPads or iPhones for banking,”. Tallberg noted, that their organization is not against “digital movement“, but they think that it is happening too fast.The organization has been raising money to teach retirees how to make electronic payments, but it did not go well. Most of the seniors made donations in cash and the pensioner who was in charge of collecting the funds had to drive miles to find a bank that would actually accept the money. According to Tallberg, about half of Sweden’s 1,400 bank branches no longer accept cash deposits. 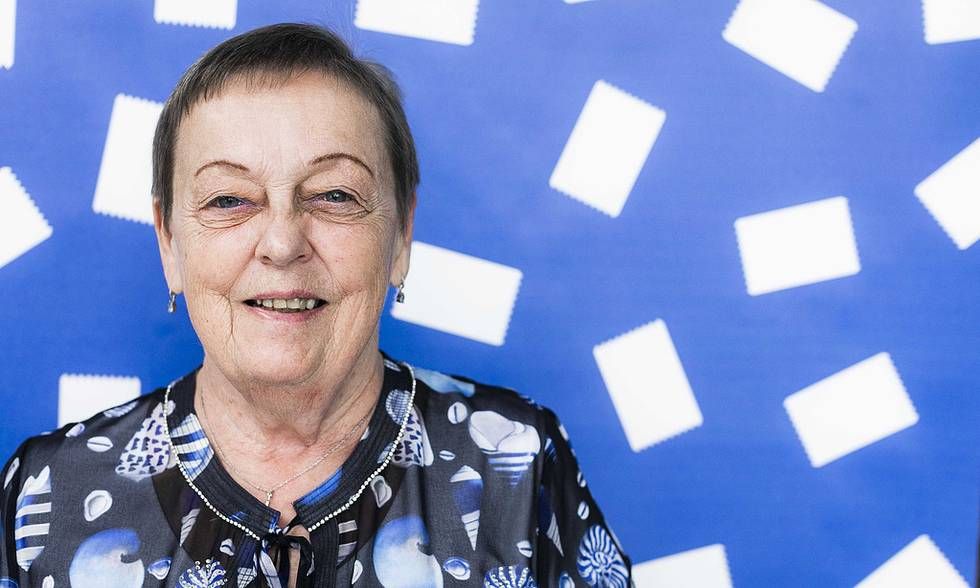 In their turn, banks in the country support the cashless revolution, through encouraging people to switch to debit and credit cards in everyday payments. Such changes provide other banks and credit card companies with lucrative profits from service fees. But this is not the only factor which pushes financial institutions away from using fiat money. The banks of Sweden had to cut down on cash usage, for safety reasons.

During the last decade, a few violent incidents of bank robberies happened, including an infamous helicopter heist in Vastberga in 2009, which made Sweden take additional measures for protecting their citizens' money. Last year, only two banks were robbed, compared to 2008, where 210 banks were victims of robbery. In recent years, banks have dismantled hundreds of ATMs.

Leif Trogen, an official at the Swedish Bankers’ Association, noted, that it "has become expensive to track and maintain cash" as cash is used less in today's deliberation.

The Parliament proposed that only the biggest banks like Swedbank, SEB have to handle cash with the Central Bank which is charge of all the other banks to keep money flowing. However, the financial institutions oppose to these demands, saying that it would place an undue burden on them to provide greater access to cash. “The demand for cash is decreasing at an ever faster pace”, financial official Trogen said. He also noted that "it is fundamentally wrong to legislate to influence the demand for cash." According to the aforementioned banker, the central bank has plans to launch the digital krona, or e-krona as a new type of Riksbank money that could replace physical cash or at least help calm the current cash conundrum. The e-krona would mean, as he explained, that the functions of the state-backed currency would remain.

Christine Lagarde, managing director of the International Monetary Fund, had stated at an earlier time, that several central banks around the world "are seriously considering” digital currencies. “While the case for digital currency is not universal, we should investigate it further — seriously, carefully and creatively,” she added.

Forex Crypto
Top 5 Forex Brokers
Top 5 Crypto Exchanges
Your subscription could not be saved. Please try again.
Thank you for subscribing. You will be the first to receive all the latest news, updates, and exclusive advice from the AtoZ Markets experts.
Everyone is reading
Is Forex Trading Illegal in India? Can Indians Trade Forex Legally?
Ripple Found Support Around $0.62 Price Area - Will Recover Upside?
Stellar in Talks to Acquire MoneyGram – Bloomberg
close ×