At the block number 498,888, Bitcoin community has seen the creation of another alternative to Bitcoin - Super Bitcoin. Can Super Bitcoin Hard Fork make Bitcoin Great again?

12 December, AtoZForex – Today, cryptocurrency markets have witnessed the birth of yet another Bitcoin. The coin has been scheduled to take place at the block 498,888, and now, Super Bitcoin hard Fork is ready to make “Bitcoin great again.” 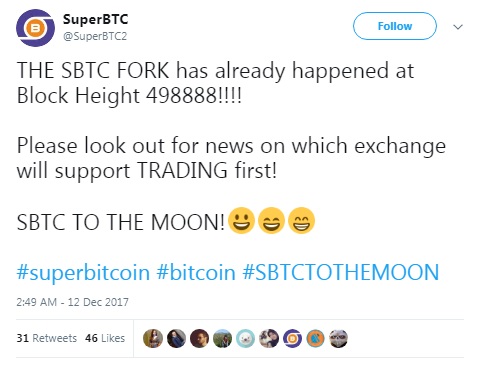 In fact, this December is very fruitful for Bitcoin hard forks – as many as 6 have been scheduled to take place in the course of the month. The tweet from the cnLedger also suggests that there is one Bitcoin hard fork in January and two Ethereum forks in the next month: 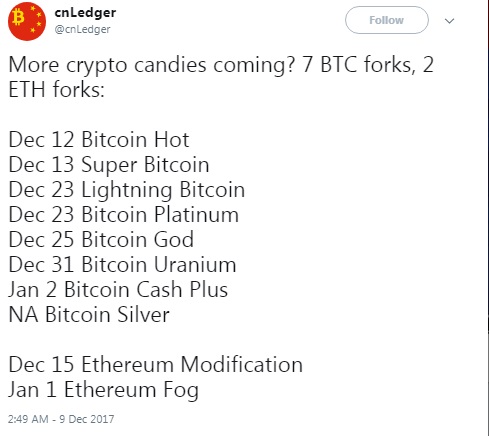 Today, we have seen the launch of Super Bitcoin. The project appears as an effort from Chinese developers to optimize Bitcoin via measures such as Lightning Network and an 8-megabyte block size. The official website of the project reads:

“The past 3 year-competition of the Bitcoin’s capacity expansion has prevented its development. We have lost a large market share due to the pressure (sic) from the smart contract of Ethereum and Zcash. Therefore, a large number of geeks and the renowned professionals (sic) in Bitcoin circle have been summoned to inject new momentum into Bitcoin.”

However, the team behind the Super Bitcoin reminds that the project is just an experiment:

“We are merely implementing the proposals recommended by the Bitcoin community. Only when we put these talks into actions that we can make Bitcoin great again.”

What to expect from Super Bitcoin?

Super Bitcoin will feature a supply of 21,210,000 coins, which is quite similar to that of the original Bitcoin. The website of Super Bitcoin explains:

All Bitcoin holders should receive one Super Bitcoin for each Bitcoin they hold for free. Reportedly, major Bitcoin mining pools BTCC and f2pool will support the fork. In addition, the official website of the coin states that a total of 21 exchanges will offer trading of SBTC.

As a matter of fact, Super Bitcoin is only one of the numerous Bitcoin forks happening this December. Many industry insiders have been calling this period of time the era of “initial fork offering world”.