Strong GBP pushes FTSE 100, as OPEC agreed to cut its global production by approximately 1% in an effort to lift sagging prices. What is next for FTSE?

1 December, AtoZForex – UK stocks struggled Thursday as a rising pound weighed on consumer-related shares. The energy names continued to get a hike from OPEC’s deal to cut oil production. The FTSE 100 was down 0.3% at 6,763.83 as December trading got underway. Only the oil, gas and basic material sectors were showing gains.

The benchmark was oil producer BP, its shares jumped 3.6% after a rating upgrade to outperform at Credit Suisse. Shares of competitor Royal Dutch Shell rose 2.6%. Moreover, shares in those two energy majors represent a roughly 15% weighting on the FTSE 100. BP and Shell shares each surged roughly 4% on Wednesday after the Organization of the Petroleum Exporting Countries hammered out an agreement to restrict daily oil production by 1.2 million barrels a day in an attempt to fix an oversupplied market. 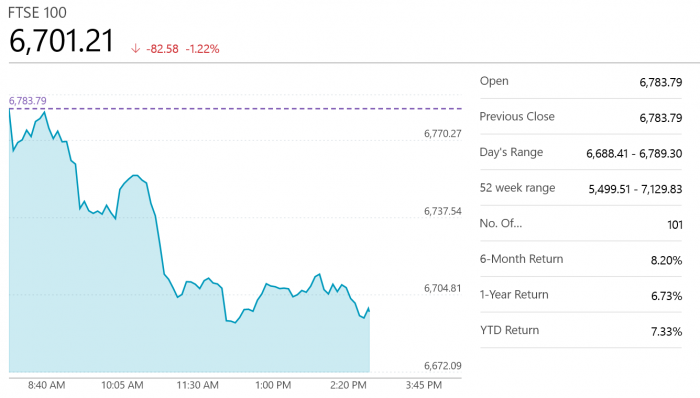 On Thursday, futures for Brent crude and West Texas Intermediate oil began to drift lower, after charging up more than 9% on Wednesday. But the FTSE 100 overall was held back as the GBPUSD moved higher, hitting an intraday high of $1.2556, compared with $1.2503 late Thursday. A stronger pound can weigh on multinational companies that make the amount of their revenue and profit outside of the UK. The pound did ease back to $1.2512 after a reading of British manufacturing activity missed expectations.

In the mining group, Glencore tacked on 1.4% after the company said it planned to reinstate its dividend in 2017, beginning with a payout of $1 billion to investors. Moreover, mining stocks were mostly higher after positive news from China, a major buyer of industrial and precious metals. Whereas, Chinese manufacturing data showed an expansion in activity in November. China’s official manufacturing PMI surged to 51.7 in November from 51.2 in October. Hence it diversified metals producer BHP Billiton added 0.9%, while copper producer Fresnillo fell 2.5%. 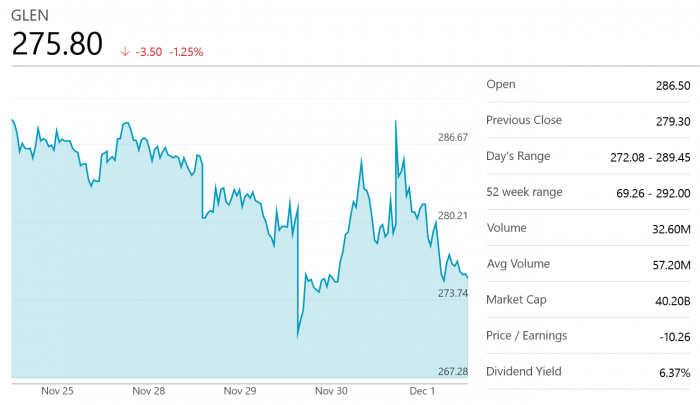 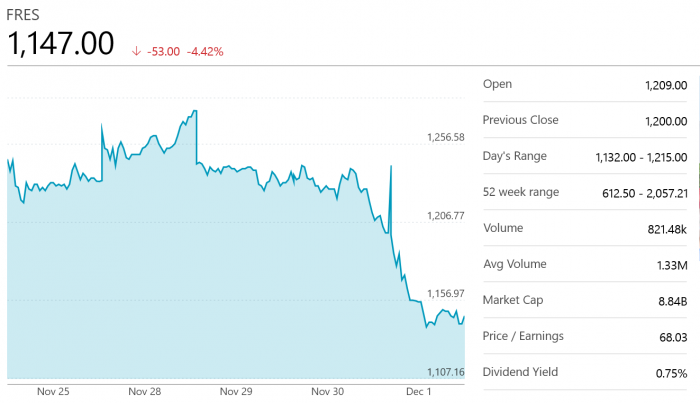 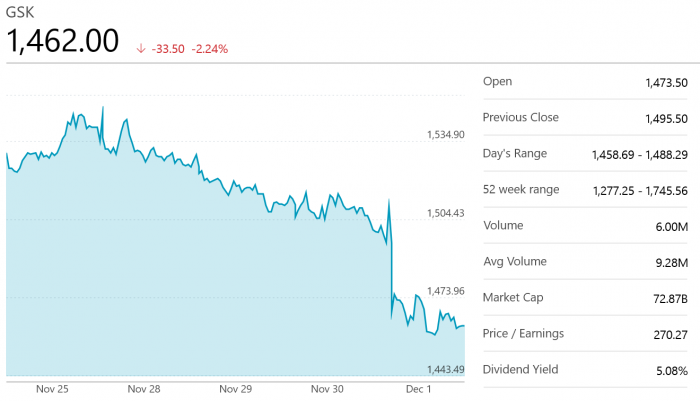