Commenting on the decision to cut EU’s credit rating to AA, S&P disclosed that the decision was based on the “weakening political cohesion” of the EU after the Brexit vote. In its official announcement the ratings agency stated that:

“After the decision by the UK electorate to leave the EU, we have reassessed our opinion of cohesion within the EU, which we now consider to be a neutral rather than positive rating factor. We think that going forward, revenue forecasting, long-term capital planning, and adjustments to key financial buffers of the EU will be subject to greater uncertainty.”

Does the EU bloc worries about the S&P downgrade?

In response to the recent action of the ratings agency S&P, the market is eying the response of the EU bloc. As the S&P downgrades EU credit rating to AA, a senior EU official has stated that the downgrade of only one ratings agency is not likely to affect the EU.

In overall, the investors take the average of the rating from all ratings agencies on the capital requirements. Building further, the senior EU official said that there is no other indication that more downgrades of the EU will follow at the moment.

FTSE 100 not affected by Brexit?

Despite, Fitch and S&P downgraded the UK’s AAA-rated sovereign credit rating the FTSE 100 continued to soar to the highest level in months. After the EU referendum results of the UK were announced, the FTSE 100 plunged majorly, yet it already seems to have shaken off the fear of Brexit. 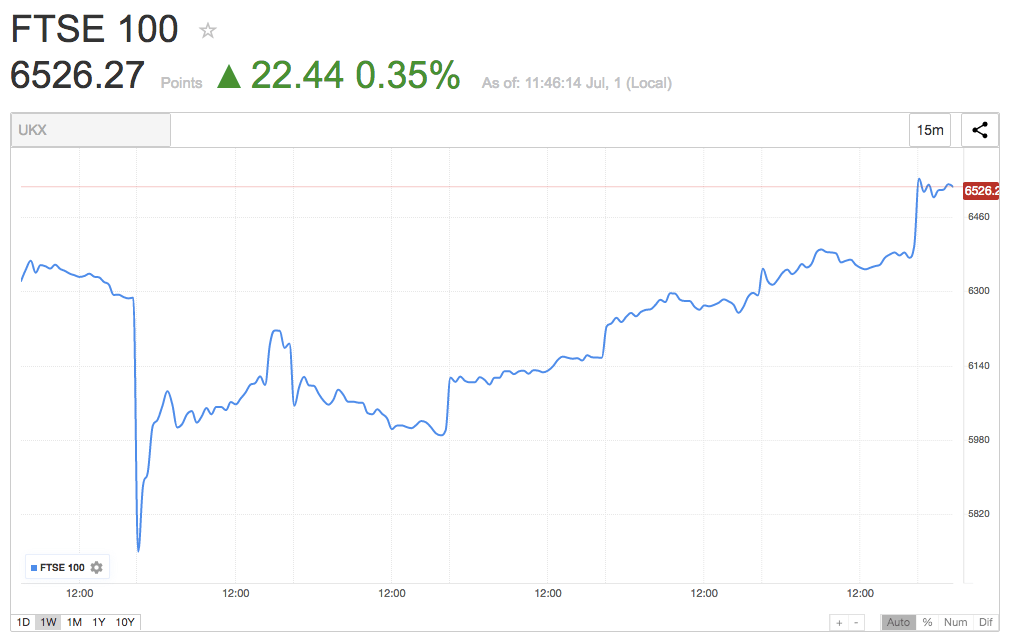 As FTSE is currently trading well above 6500, the analysts around the world deem it to be remarkable phenomena and are curious about the future course of the FTSE 100.