28 December, AtoZForex – The South Korean government has informed the public that it might shut down some of the cryptocurrency exchanges. The authorities explain their decision by referring to the “irrationally overheated” trading. Following the restricting move by South Korea, Bitcoin prices have plunged below $14,000. 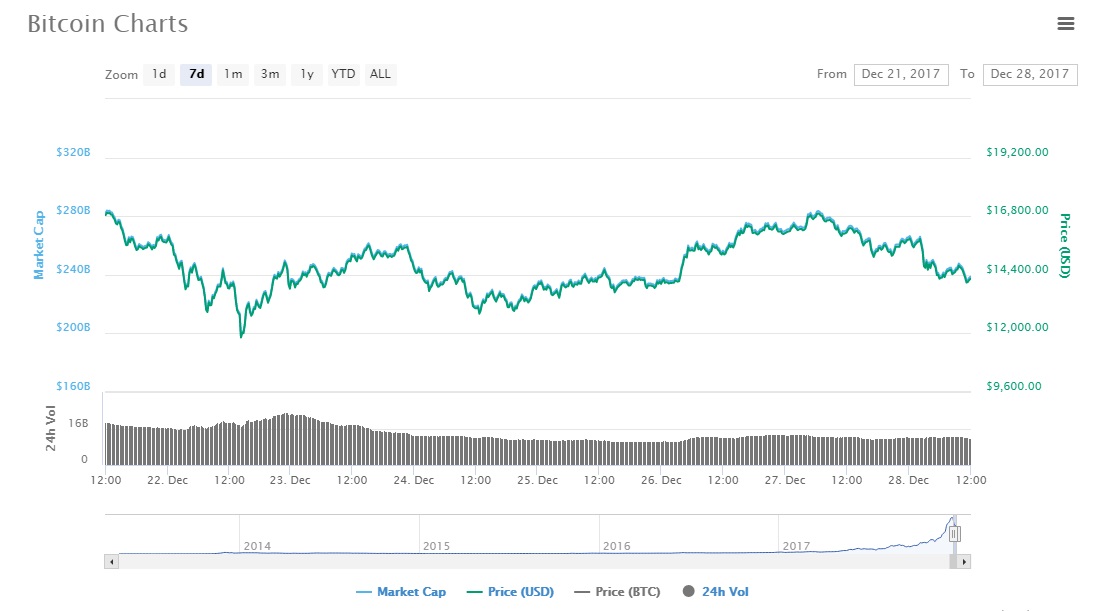 According to the online reports, South Korea will oblige cryptocurrency transactions to identify participants and ban banks from offering virtual accounts. The officials might also order law enforcement bodies to close some of the exchanges.

The online reports quoted the South Korean government as saying:

“Cryptocurrency speculation has been irrationally overheated in Korea. The government can’t leave the abnormal situation of speculation any longer.”

In fact, South Korea is one of the most important and direction-setting markets for cryptocurrency trading. The data shows that over 20% of all global Bitcoin volume is traded in Korean Won.

South Korean residents have been always appearing as some of the most active cryptocurrency users. According to the CEO of South Korean exchange Korbit, Tony Lyu:

“Word just spreads really fast in Korea. Once people are invested, they want everyone else to join the party. There’s been this huge, almost a community movement around this.”

As a matter of fact, many global exchanges are planning on offering Bitcoin futures, for instance, Nasdaq. Moreover, the world biggest Bitcoin market, Japan is considering the foundation for Bitcoin futures trading, as well.

Earlier, South Korean exchanges were also looking into the opportunities to do so. Yet, considering the latest moves by the officials, the plans have changed. On the 5th December, Financial Services Commission of South Korea has ordered Korea Financial Investment Association members to halt the plans to offer Bitcoin futures.