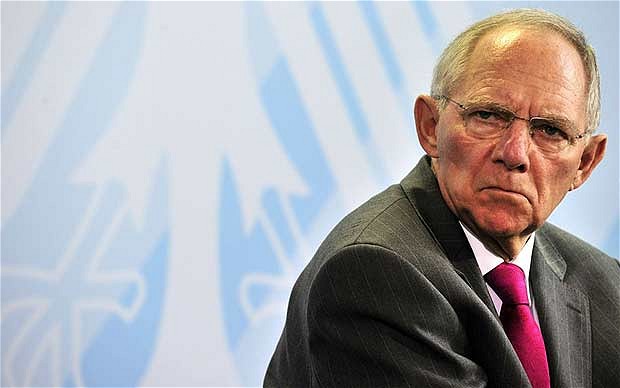 16 July, AtoZForex.com, Lagos – Greece’s parliament has voted in favor of the creditors’ proposal, but does this mean that the problems are gone. Far from it! Finance chief of Europe’s biggest economy, Wolfgang Schaeuble told that a Grexit is better and it’s the only way Greece will get a debt reduction. Casting doubt over the country’s ability to even complete negotiations on a third bailout.

Given the Greek financing needs, he said in an interview on Deutschland funk radio on Thursday: “We’ll see in the negotiations if there’s even a way to arrive at a program. I don’t know, nobody knows at the moment how this is supposed to work without a haircut and everybody knows that a haircut is incompatible with euro membership.”

In a bid to clarify that it is not a personal vendetta, Schaeuble clarified that Greek parliament’s vote to accept the austerity, which is a precondition of further aid, was a “step further forward.” Yet, he reiterated the fact that a temporary exit from the 19-nation euro region may be “the better way”, as this would enable Athens’ easier eligibility to the much needed debt forgiveness. Considering, this is banned under euro rules.

Greece former finance minister, Yanis Varoufakis was one of the minority to vote against the proposed austerity measures, as Prime Minister Alexis Tsipras had to rely largely on support from opposition. This triumph of the Austerity votes has now brought a divide in the Syriza party, whose core value is exactly “anti-austerity”. Varoufakis pointed out in a previous interview that the main reason why there has been no negotiation process at all, deals with the assumption that a Grexit is on the German agenda. Stating that it has been the plan all along for Greece to leave the euro. He named the German finance minister Wolfgang Schaeuble as the master mind behind this scheme.

Yet, the new finance Minister Euclid Tsakalotos told lawmakers at the start of the debate that accepting the agreement with creditors was: “A decision which will be a burden for me for the rest of my life. I don’t know if we did the right thing. But I know we did something to which there was no alternative.”

The next challenge will be the European Central Bank’s decision to whether pump more money into the country’s hobbled financial system or not. The German lower house, or Bundestag, will also then enter their vote on Friday. Commencing negotiations to help Greece to cover its debts and pay pensions, but also to fulfil its salaries payments.