Saxo Bank, one of the largest brokerage firms, known conveniently average about $247B in monthly volume reported a minor decrease in November daily volumes.  The Danish investment bank 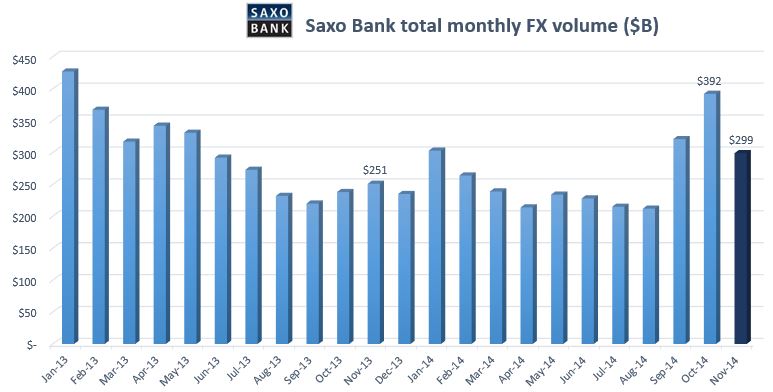 The drop in volumes is seen as a general industry phenomenon with many other brokerage firms posting declines in their November volumes.