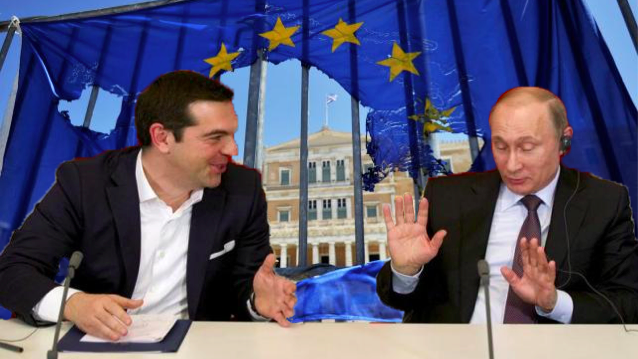 Earlier this week AtoZ reported that the Greece Prime Minister Alexis Tsipras is going to meet the Russian President Vladimir Putin on Friday. As the nature of the meeting was not disclosed, more information has been released today about the topics of discussion between the public head figures. Lots of speculations were thrown into the world, suggesting that Greece turns to Russia for a request of help. However, the Russian deputy finance minister Sergei Storchak has declined these rumors.

According to Sergei Storchak, Russia declines Greece’s aid request, indicating that Greece has not posed for any help or financial assistance of the Russian finance ministry. As the Russian deputy finance minister stated to Reuters earlier on today: “There have been no requests (for help from Greece). There are no resources in our budget to provide money. The prime minister’s visit is, in my opinion, oriented towards finding joint projects and developing trade rather than solving their budget problems.”

In a further statement Sergei Storchak mentioned that he is very interested in the continuing development of Greece on resolving its financial issues and resolving the relations with its counterparts. He added that the Moscow does not want to inflict any “escalation of tensions”, hence the Russian deputy finance minister opines that: “When the measures needed to solve (Greece’s) current problems are on such a huge scale, no one country in the world can do this on its own. Only joint efforts of many countries at once can help.”

Relating back to today’s Eurogroup meeting with Greece on the agenda as the main bulletin, a somber atmosphere was casted over Luxembourg. Logically, when the majority of ministers were openly discussing the looming default and eventual Grexit.

The Eurogroup president, Mr. Jeroen Dijsselbloem indicated that: “The next step to make the deal credible, also financially sustainable, will have to come from the Greek side.” Although he was not confident, stating that he did “not have a lot of hope… time is becoming very, very short.” On the contrary, the German Chancellor still spoke with hope that Greece will strike a last-minute deal with its creditors, hence avoiding a default and Grexit.

Although Angela Merkel is still optimistic, it can’t be said the same about the view of the IMF on the case. Prior the meeting, the fund’s chief Christine Lagarde warned that Greece will not get a break and really have to come with credible reforms. The IMF is foreseeing a “Plan B” as discussed by EU ministers.

The IMF has backed this hard stance against the indebted country by pushing Europe to already write off some Greek debts. In any case, a deal will not be compromised after the Eurogroup meeting, the issue will be prolonged and further discussions will take place at the EU leaders’ summit in Brussels on June 25 and 26.