While Bitcoin prices slide some 15% over the past days, Ripple Price Surges Past $1 for the first time. What drives this coin? What to expect from Ripple in 2018?

22 December, AtoZForex – Ripple, the fourth biggest cryptocurrency in the world by market cap, has broken the historic $1 level. It has surpassed the $46.2 billion market cap and has been trading 57.2% up this Thursday.

Ripple Price Surges Past $1 for the first time

The key source of the demand for Ripple comes from Asia, according to the industry experts. Ripple trading volumes advanced over the last 24 hours almost 25% at South Korean exchange Bithumb and 10% Bitfinex in Hong Kong.

Last week, the team behind Ripple has stated that the banks in South Korea and Japan will be testing the cross-border payments utilizing Ripple system. The tests were scheduled to start last Friday. The XRP tokens themselves will not be used in transactions, however.

The key purpose of the tests is to achieve the real-time worldwide fund transfers while simultaneously cutting costs by 30%. Cryptoinvestors believe that Asian demand accounts for at least a third of all digital currency trading volume. It is also believed that the key adopters are coming from Japan, South Korea, China and Hong Kong. 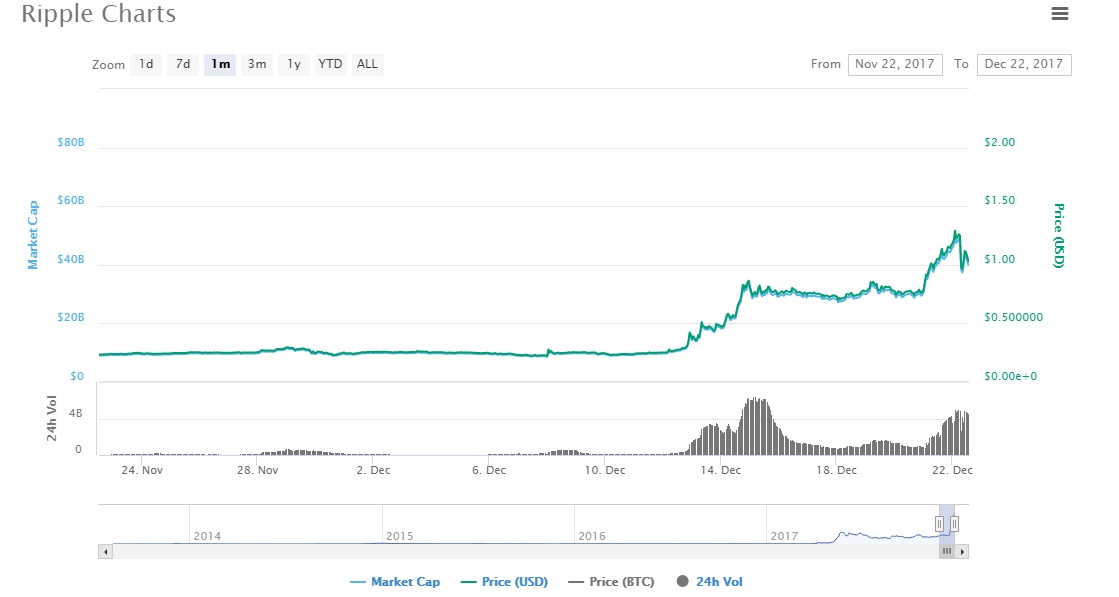 In case everything works out good for Ripple and the global institutions will accept Ripple widely, we could see XRP price rise towards $2.00 level by the end of 2018. The only issue we see though, the company is controlling the XRP supply.