Ripple is dropping to 30 cents from the 31 cents retracement. Will XRP drop further?

April 29, 2019 | AtoZ Markets – Ripple remains probably the lowest performing crypto among the top 20 in terms of price growth. The cryptocurrency market is generally considered to be bullish since December 2018 lows. The price growths seen across the board continued in 2019 and got strengthened in April with most of the majors posting significant gains. Though significant fractions of the gains have been lost to the current bearish corrections, many still hold on to the positive trend.

However, Ripple has seen almost all of the December 2018 and 2019 gains gone. Price made a third re-test of the 28.5 cents low in over four months. If it gets broken downside, Ripple will re-test 24 cents low and even go lower. From the long term perspective, Ripple remains under the bearish pressure despite the general crypto 2019 bullish runs. 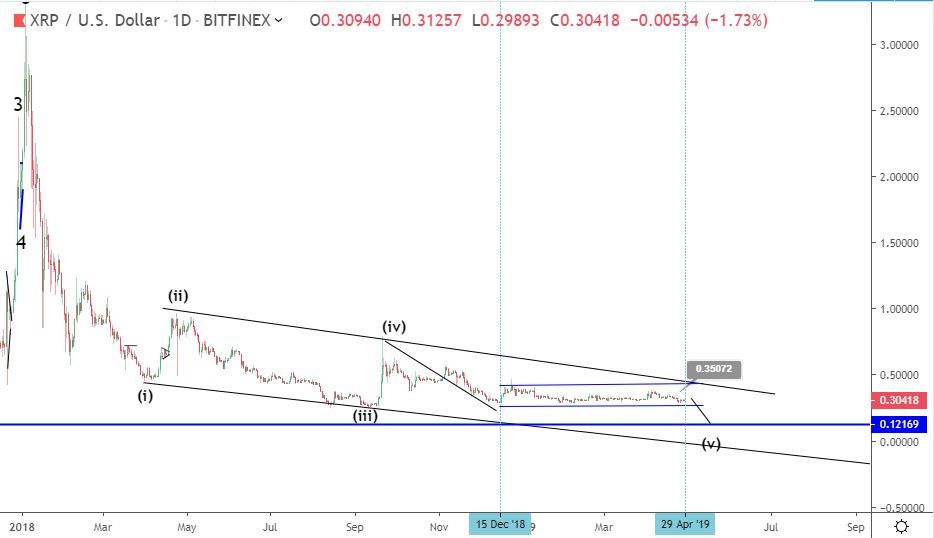 The daily chart above shows an emerging wedge/diagonal price pattern. Between 15 December 2018 and today’s price, XRP has gone sideways to complete a bearish flag pattern with 28.5 cents acting as the neckline. Further dips below 28.5 will see prices go lower and raise more concerns on the Ripple project. This cryptocurrency recorded the highest gain in the last bullish phase but has gone the other way at a time many cryptos are recording significant gains. Unless a fast spike happens above the upper line/boundary of the wedge pattern, XRP still has one more leg to the downside. How deep it would go is quite difficult to say. Let’s look at the two most probable scenarios from the technical perspective.

How do short traders take advantage of the next leg to the downside? The short term Elliott wave analysis could help to a great deal. In the last update after price completed the bearish flag at 38 cents, we expected the next dip to continue as an impulse wave to a new low. The chart below was used. 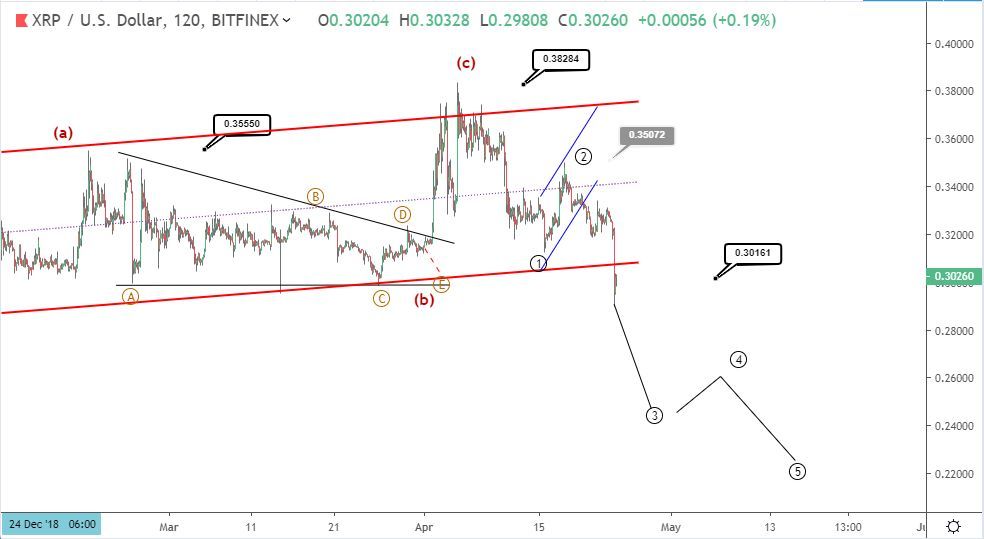 After the break below 30 cents to test 28.5 cents support, the price has rebound slightly back to 30 cents and looks like a 3-wave bullish correction of this degree will happen before the next crash. The chart below shows the new update. 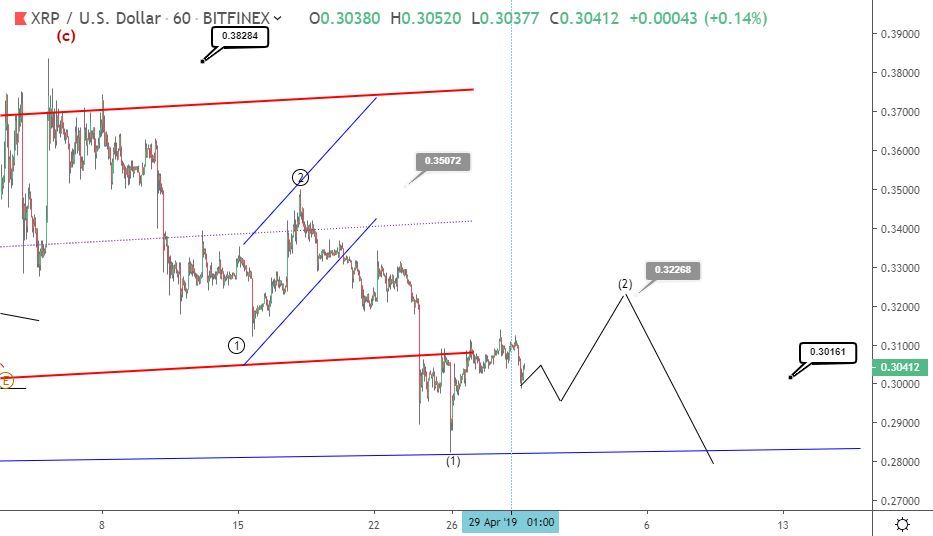 Wave 3 (circled) is underway (if an impulse wave would emerge). The current bounce from 28.5 cents should continue to 32 cents before the next dip – wave (3) of 3 (circled). If the price goes by this wave count, the dip will be very deep. Alternatively an ending diagonal could emerge instead as the chart below suggests. 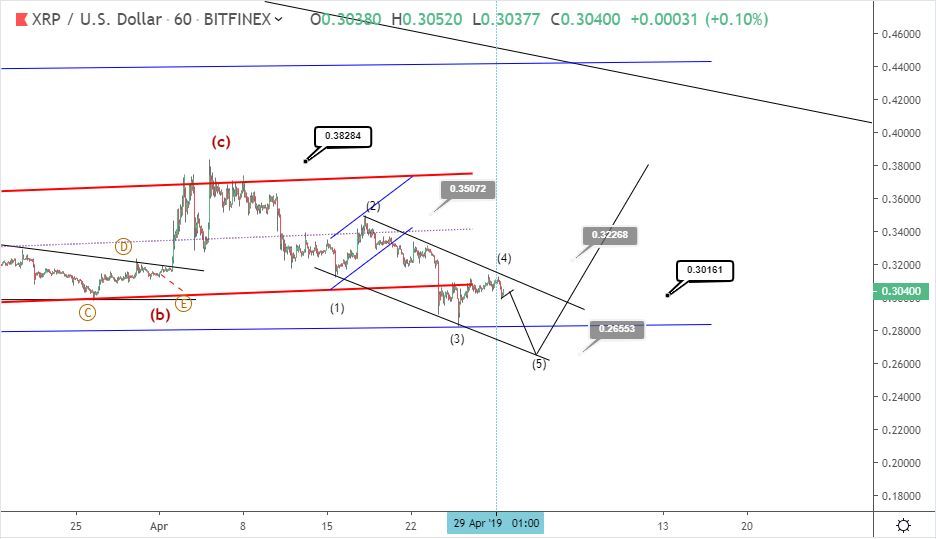 Further dip to 25-26 cents should complete the diagonal followed by a big upsurge. If this plays out, Ripple could join other cryptos in the current bullish phase if crypto prices have truly bottomed.

Which of these scenarios do you agree more with? Please share your thoughts with us in the comment section below.