Ripple price dips to 40 cents late on Monday. What should be expected next? The following share insights based on Elliott wave theory.

May 31, 2019 | AtoZ Markets – In the last hours on Thursday, the crypto market was hit by dips across the board. The market sheds nearly $18 billion in the process with just about a day into the weekends. Bitcoin which was hitting closer to $9,000 dropped quickly below $8,200, Ethereum price fell by $30 to hit $250 while Bitcoin Cash which about hitting $490 shed about $70. All these happened quickly like a flash crash. Ripple which had a recent bullish run toward the 48 cents quickly fell to 40 cents. It remains to be seen whether prices will be met with further dips or a quick recovery will happen at the weekend. The reasons for the current dips are not known yet.

Ripple quickly shed 15% but has recovered slightly from 40 cents to 42 cents. Meanwhile, the current bearish candles signify that price could hit 35-36 cents soon. In the last update, we expected a bullish impulse wave toward 80 cents. The 1st wave completed at 48 cents in mid-May while the 2nd wave was thought to have ended at 36 cents last week but an alternative look suggested to us that another bearish leg is very possible as the chart below shows. 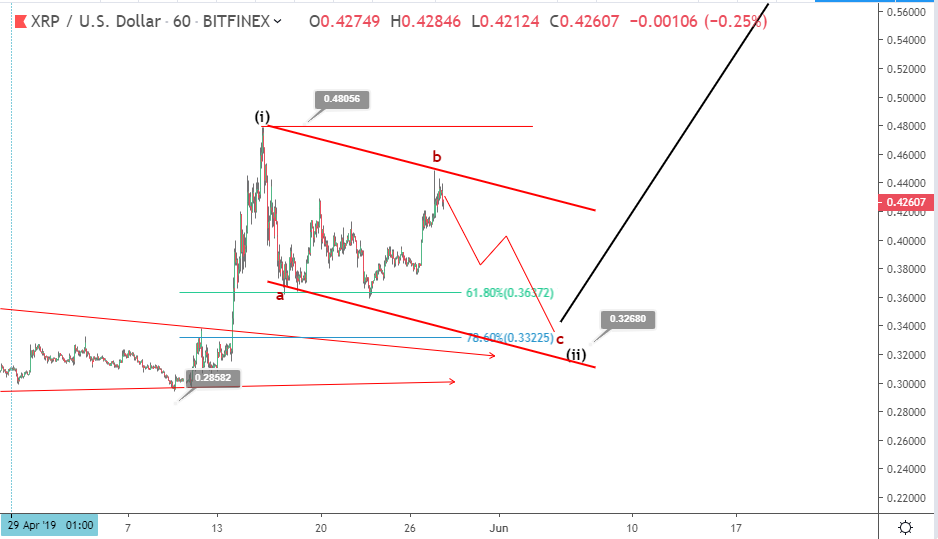 A dip to 32 cents was possible if the 48 cents top still holds. Once a breakout happens above 48 cents, the 3rd wave is underway as we had in the first scenario. The bullish momentum couldn’t push above 48 cents but the price came close. The chart below shows the new update. 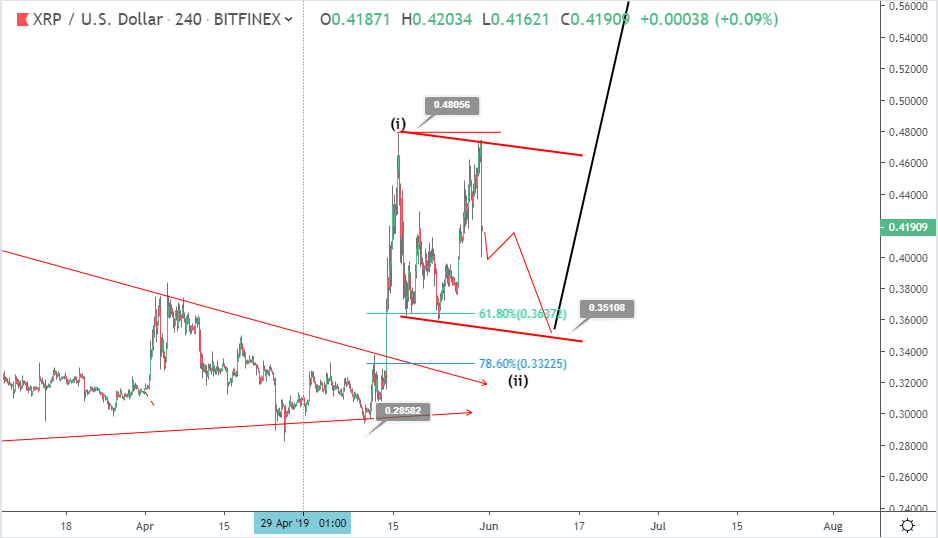 The bullish trend from 28.5 cents could still continue if the price stays above 30 cents. A fast dip below 30 cents could lead to a retest of the 28.5 cents low and maybe a lower price. If the current dip is the 2nd wave, we should see a bounce off the 34-35 cents support zone followed by a strong break above the red wave (i)-to-(iii) red channel. The next bullish targets remain at 80 cents of price validates the chart above.

Nigeria to Launch Pilot CBDC Project in 2021
Forex Crypto
Top 5 Forex Brokers
Top 5 Crypto Exchanges
Your subscription could not be saved. Please try again.
Thank you for subscribing. You will be the first to receive all the latest news, updates, and exclusive advice from the AtoZ Markets experts.
Everyone is reading
SEC Lawsuit Against Ripple May Drag On Until 2022
Ethereum Facing Support Around $2,300 Price Area - Will Strike Upward?
Will the Prices of Gold and Silver Rise After FED Meeting?
close ×