After dropping to 21 cents last week, Ripple has gone sideways above 23 cents. Where will it breakout?

September 29, 2019 | AtoZ Markets – The cryptocurrency bearish trend became intense last week with massive breakdowns across the board. Ripple dropped to 21 cents to mark its lowest price since November 2017. Meanwhile, it bounced off 21 cents to hit 25 cents at the tail end of last week. Since the little recovery, XRP has gone sideways ahead of the new trading week. Where will it breakout?

The current Cryptocurrency market capitalization stands at $214 billion. At the start of the year, it was around $133 billion and in June it was $318 billion. A lot has happened in 2019 as the market started with massive gains only to nosedive and lose a large fraction of the gains. Meanwhile, overall, in 2019 so far Bitcoin has performed better than the Alts and XRP has been the worst performer among the top coins. Despite the bad performance, XRP remains the third most capped crypto. However, Ripple’s 24 hours trading volume has dropped below the $1 billion following the recent slump.

After the fast breakdown, the 23.5-24.5 became an important resistance zone. If a fast break above it happens, the bulls could push further to 29 cents, 32 cents, 34 cents and 37 cents which are the next critical levels. To the downside, the nearest support level is around 21 cents. A breach below will see the bears continue their dominance off to the 20 cents psychological level and 12 cents support level. 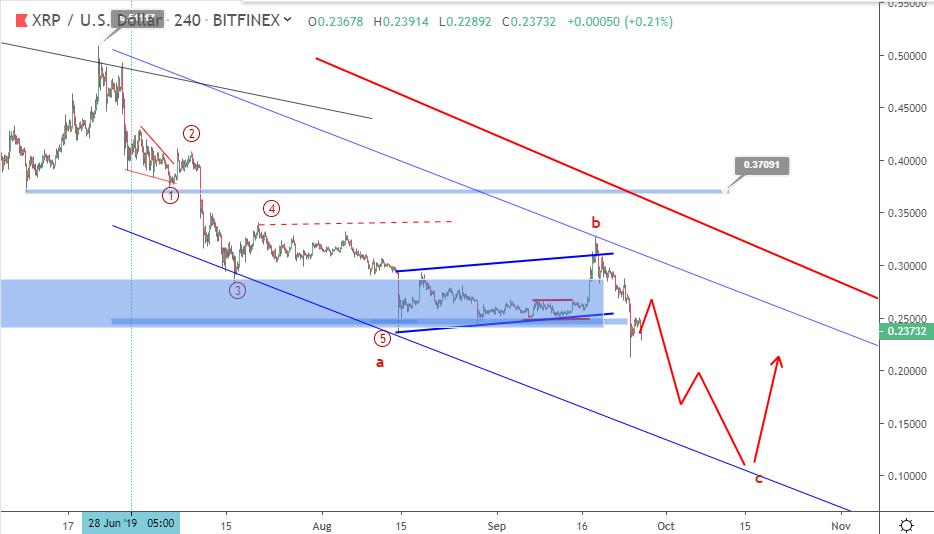 The chart above looks like the last leg and a zigzag pattern was emerging. Wave c started at 32 cents where wave b ended. 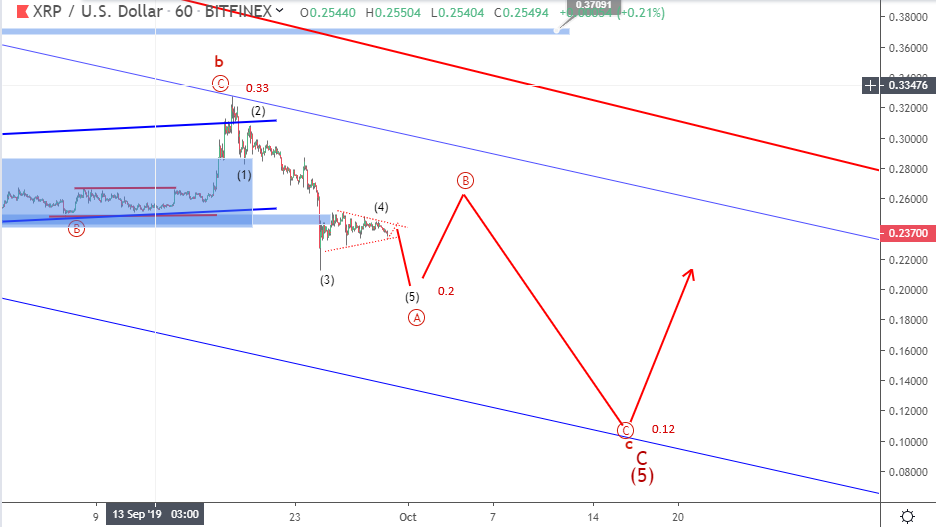 The last leg is projected to hit 12 cents unless XRP price surges quickly to break above the blue channel. Currently, a triangle pattern is emerging just beneath the 23.5-24.5 resistance zone. Another bearish breakout is expected to happen to 20 cents or below. We will see how the bulls respond when the new week starts proper.