Ripple is about to end the week bullish after a minor break above 25 cents. The following Ripple price prediction is based on the Elliott wave theory.

October 05, 2019 | AtoZ Markets - The crypto market has been unchanged in the last 24 hours (at the time of writing this report) in terms of capitalization. October started bearish for Ripple as it slumped from 26.2 cents to 24.2 cents early this week. However, it recovered slightly to 25 cents and looks likely to mount further toward 27-28 cents bullish target zone. Ripple with nearly $18.9 billion in market capitalization remains the 3rd largest cryptocurrency as ranked by Coinmarketcap. It has stabilized a bit after dropping to its lowest price in 22 months.

Resistance Levels: The major short-term resistance levels remain at 32.75 cents and 37 cents. Ripple will have to come with a major breakout above 32.75 cents before we talk about a major recovery. What is most likely is further dip after the current bounce. The current bounce might hit the 27-28 cents Fibonacci resistance zone.

Support Levels: 20-21 cents remains the major support zone based on the current market condition. A breach below could extend the fall to 12 cents.

The current bounce from 21.5 cents low could continue a bit upside. However, the bearish trend is expected to be more favoured. It seems a bottom is not yet reached. In the last update, we looked at the current bounce with the chart below. 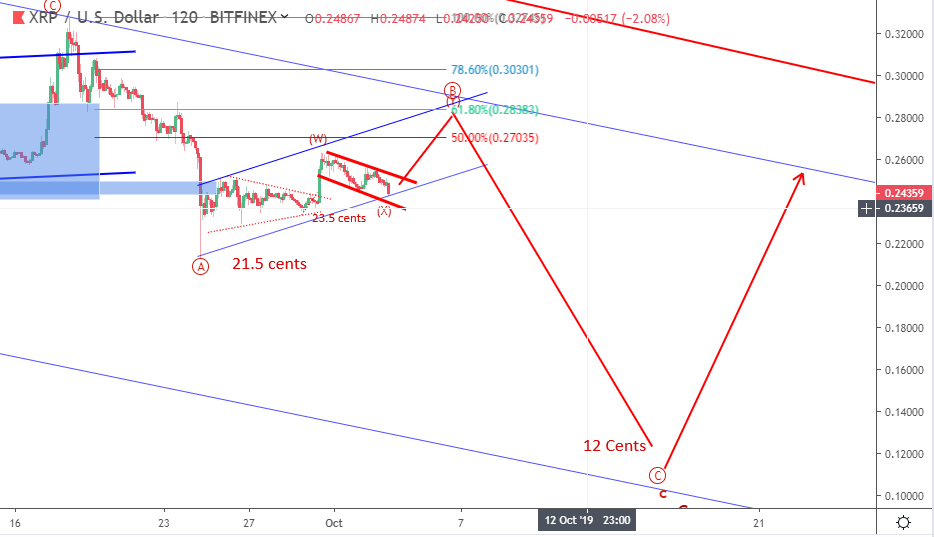 A double zigzag bullish corrective pattern was expected toward the 27-28 cents Fibonacci retracement zone. After the last update, the price remains within the corrective channel and broke out of the wave (x) sub-channel as the new chart below shows. 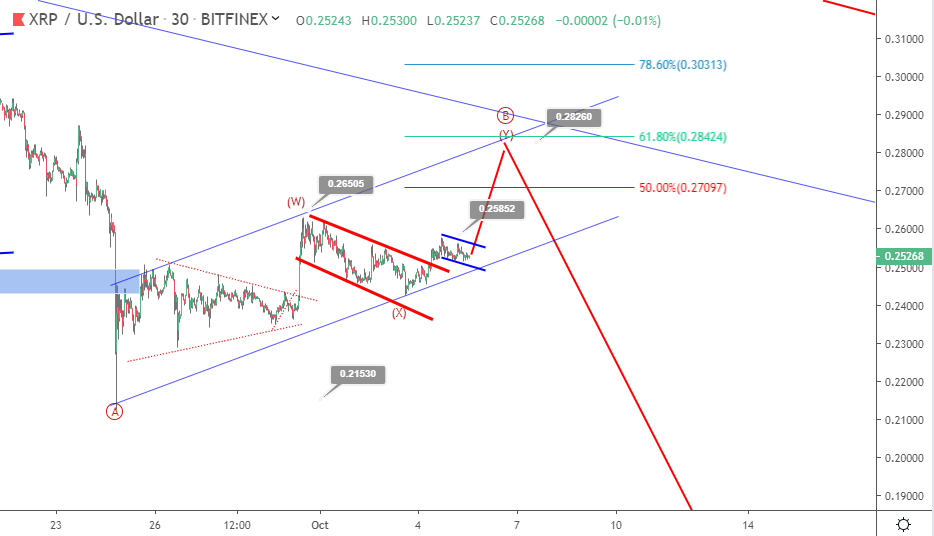 Once XRP price breaks above 25.8 cents, we should expect more rallies to prices around 28 cents. If a fast dip below the wave (w)-(x)-(y) (blue) channel happens, another price slump will most likely follow toward 12 cents. However, the bulls will have the opportunity to cause a big recovery if they could push above 32.75 cents.