Ripple has joined the crypto bullish run with a spike to 44 cents. What is the next bullish target?

May 15, 2019 | AtoZ Markets – Can we say Ripple is back alive? The cryptocurrency lagged behind the top cryptos as it spent most of the year confined within a range and even came close to breaking downside to a new low. This week has been a good one so far for the cryptocurrency as it gained bullish traction to make a fresh year high.

After a slight rally from 28.5 cents low to 33 cents to end April, May started with a dip to 29.5 cents. The current bullish run started on Friday but became much stronger on Monday. From the 28.5 cents low, XRPUSD has now gained 55% in just over two weeks.

Ripple market capitalization on Coinmarketcap has increased by $6 billion since April 26 when it had the last low (28.5 cents) to close at $18 billion at the time of writing. 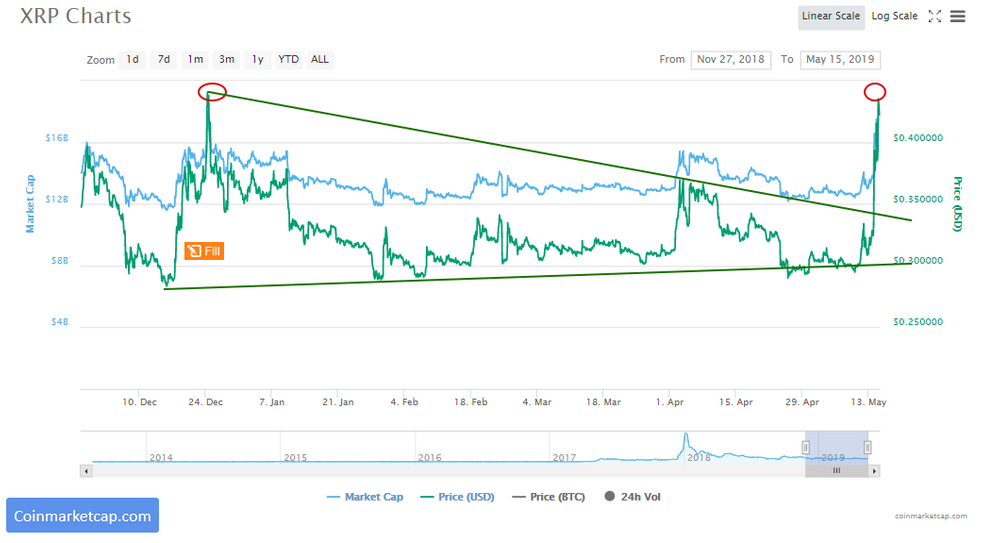 The price pattern formed since December 2018 completed a triangle pattern. However, the pattern was preceded by a bearish trend and a break below would have resulted in a new low. However, a break upside happened instead as the bears succumbed to the current bullish pressure in the crypto market.

With the triangle breakout, what is the least target to the upside? Going by the conventional technical analysis methods, Ripple should hit the size of the triangle from the breakout price as the chart below shows. 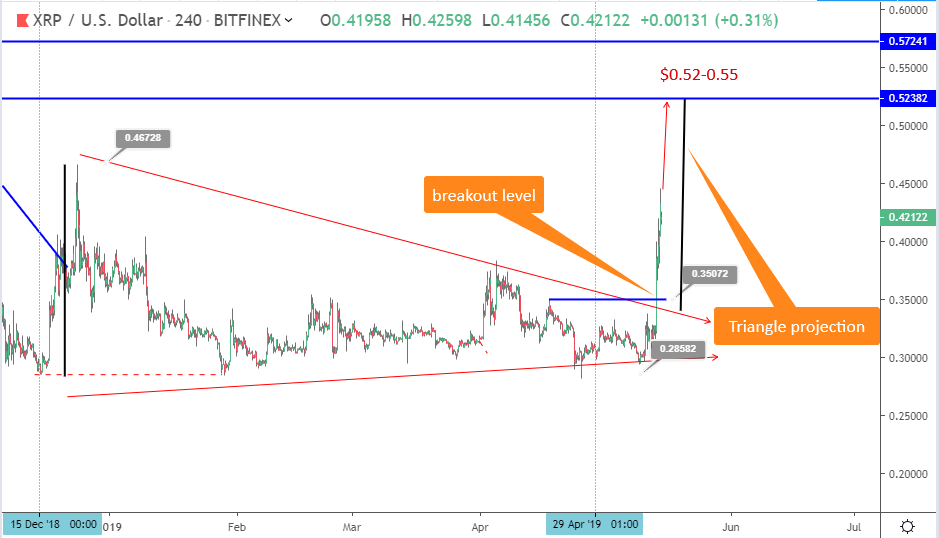 By the triangle projection, XRP rally should continue to 52 cents. A strong resistance level formed early in November could also be a price level of interest. So there is a price target zone at 52-57 cents. If the price makes it to this zone, we could see a dip which is expected to 45-46 cents. A break above 57 cents should all but confirm Ripple has bottomed like Bitcoin, Litecoin, Ethereum and others. A fast dip below 33 cents would turn the short-term bias bearish.

From 28.5 cents, we have started an impulse wave to weigh the current rally. Price is in the 3rd wave as the chart below shows. 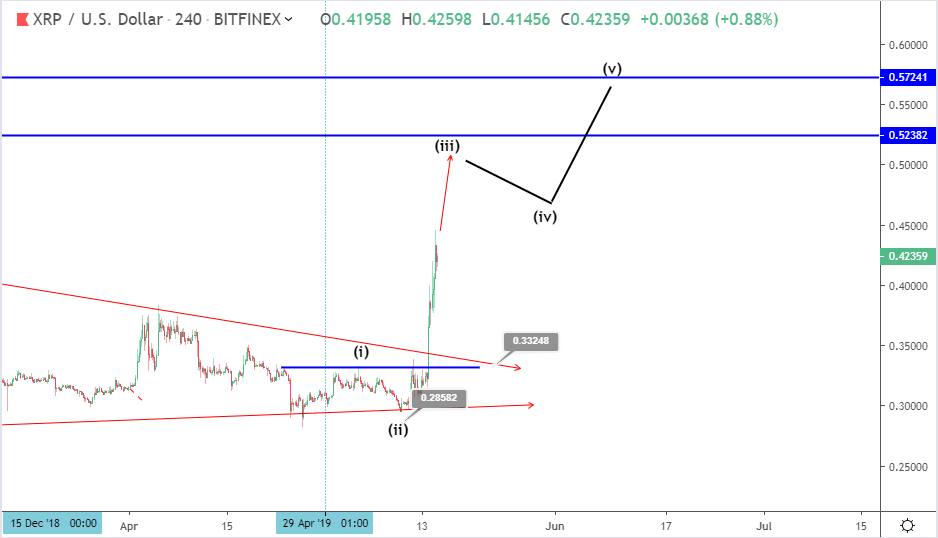 The 3rd wave is expected to test 52 cents. The impulse wave could end around the 52-57 cents resistance zone before a 3-wave dip to around 45 cents happens to complete the 2nd wave of the larger degree. If the current rally results in a larger degree impulse wave, a break above 80 cents toward the all-time high will the long-term forecast. A dip below 38 cents is a big threat to the bullish development while a dip below 33 cents will turn the short and medium term bias bearish again.