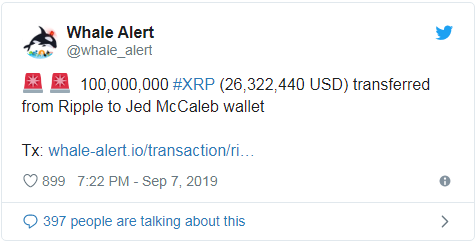 McCaleb has a history of Ripple dumping

This recent Ripple dumping incident adds to the 9 billion XRP that McCaleb was given for starting Ripple. McCaleb, who’s since left the company, has a history of dumping huge amounts of XRP. 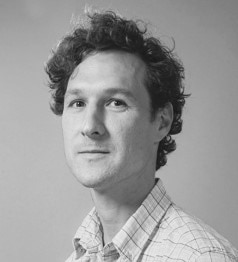 Back in 2018, his token ownership was valued at $20 billion, making him the 40th richest person in the world. The company has tried to prevent McCaleb from dumping all of his holdings at once through a series of lawsuits and agreements.

A petition with a similar aim was also started by members of the Ripple community on Change.org to stop the company from selling off its tokens. There are over 3,500 signatures on the petition to date, and more signatures are expected to be added to it over the course of the week.

McCaleb signed an agreement back in 2014 with Ripple to reduce the number of tokens he could sell: $520,000 worth of XRP a year. Those restrictions, however, have been lifted and the agreement now entitles McCaleb to sell 750 million XRP this year. As a result, McCaleb now sells 500,000 XRP every day, according to Coinmetrics.com.

McCaleb’s Ripple dumping surely does no good in keeping the price of XRP afloat. While other cryptocurrencies, like Bitcoin and Ethereum, soared in value this year, the market cap of XRP has nosedived to $10.8 billion, which is less than a tenth of its ATH (all-time high).

It is noteworthy that Jed McCaleb also created the infamous Mt. Gox crypto exchange back in 2011 but sold it in the same year. Good timing: three years later, it was destroyed when it lost $473 million to hackers. Victims of the hack are yet to be refunded.

If McCaleb dumps all his coins, Ripple could be the latest addition to McCaleb’s list of companies that crumbled after his departure.

Think we missed something? Let us know in the comments section below.
Tags Cryptocurrrency Mt. Gox Ripple Ripple News XRP
Forex Crypto
Top 5 Forex Brokers
Top 5 Crypto Exchanges
Your subscription could not be saved. Please try again.
Thank you for subscribing. You will be the first to receive all the latest news, updates, and exclusive advice from the AtoZ Markets experts.
Everyone is reading
Is Forex Trading Halal or Haram in Islam?
Top 5 Forex MT5 Indicators for 2021 you should try
Top 5 cryptocurrencies 2021 | Best Cryptocurrency To Invest
close ×