After hitting $1 price record earlier last week, Ripple Crosses $1.50 Mark on the credit card providers collaboration news. As of now, the association includes 61 Japanese banks. What is the purpose of the collaboration?

29 December, AtoZForex – The company SBI Holdings along with its subsidiary SBI Ripple Asia has informed the public about their latest management decision. The entities have decided to collaborate with three key credit card providers in Japan. Following the news, the price of Ripple has surged to a new high. As of the moment of publishing, the price of one XRP stood at $1.57. 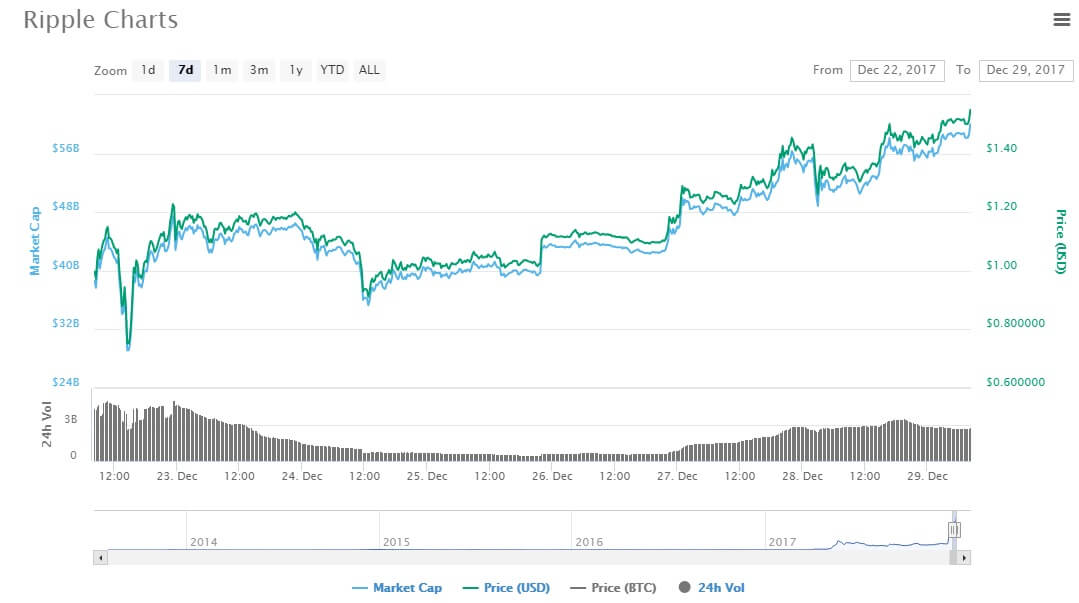 The partnership between SBI Ripple Asia and major credit card providers is aiming to increase user experience and solve numerous user issues. Moreover, the project is looking into ways of increasing efficiency via Ripple’s Blockchain technology.

The credit card providers participating in the collaboration are JCB, Credit Saison, and Sumitomo Mitsui Card. The association has already come up with a payment application that utilizes Ripple’s technology. The app aims to allow for almost instantaneous funding. It also will protect user security and control.

Ripple has entered the collaboration with SBI Holdings earlier in 2016, setting the start for SBI Ripple Asia. The union now includes 61 Japanese banks, among which you can find Sumitomo Mitsui Banking Corporation (SMBC), MUFG, and Mizhuho.

Earlier last week, Ripple price has advanced to surpass the historic $1 level. That time, Ripple trading volumes advanced over the last 24 hours almost 25% at South Korean exchange Bithumb and 10% Bitfinex in Hong Kong. The key source of the demand for Ripple comes from Asia, according to the industry experts.