11 June, AtoZForex, Lagos - UK’s Manufacturing Production m/m unexpectedly fell to -0.4% last month, attributed to a decline in pharmaceuticals which accounts for about 9 percent of manufacturing. On the other hand, industrial production rose more than expected in April to 0.4%, beating estimates of a 0.1% increase, giving a stronger case for growth rebound in Q2 after data on Tuesday showed a reduced trade deficit. The drop in manufacturing depicts the country’s reliance on domestic demand and consumption to spur recovery. 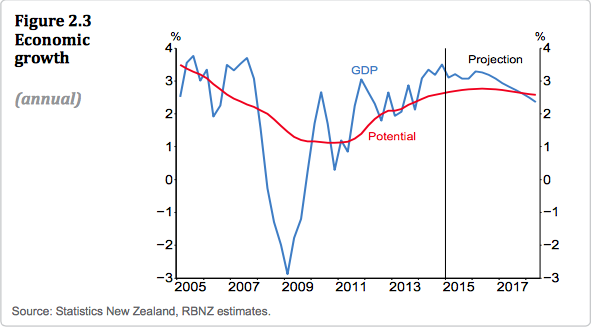 The Reserve Bank of New Zealand cut its official cash rate from 3.5% to 3.25%. According to the RBNZ policy statement: The New Zealand economy is growing at an annual rate around three percent, supported by low interest rates, high net migration and construction activity, and the decline in fuel prices. However, the fall in export commodity prices that began in mid-2014 is proving more pronounced. The weaker prospects for dairy prices and the recent rises in petrol prices will slow income and demand growth and increase the risk that the return of inflation to the mid-point would be delayed. Inflation has been low due to falling import prices and the strong growth in the economy’s supply potential. Wage inflation and inflation expectations have been subdued. We may see more cuts to come again soon, judging by the statement “We expect further easing may be appropriate. This will depend on the emerging data.” The NZD fell sharply immediately after the RBNZ cuts rate.

Australia’s unemployment fell to almost the lowest point in about a year, coming at 6.0%. The Employment Change also impressed more than forecast coming at 42k. There are doubts as to the accuracy of the release as the employment change came about three times higher than economists had forecast. Stephen Walters, chief economist for Australia at JPMorgan Chase & Co. said: “It does seem a little too good to be true,”“Domestic demand is on its knees, business investment is plunging, it looks very strong relative to that.” All the same, the report sent the Aussie soaring, adding about 70 pips against the dollar in the first minute of release.

Other important releases for the day include: