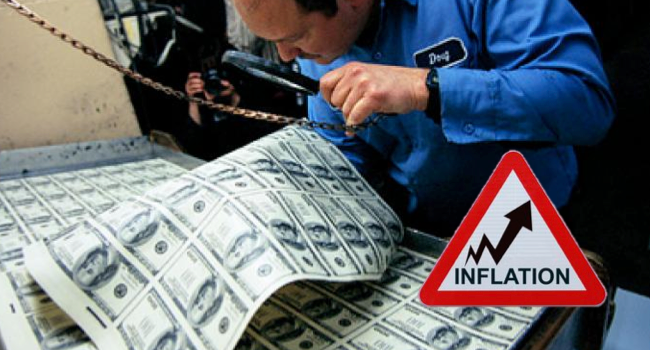 AtoZForex.com Lagos — The ongoing debate about whether or not the Federal Reserve’s inflation target should be raised from 2% has invoked many opinions. The debate can be succinctly summarised thus:

“Central bankers around the developed world have agreed for much of the past two decades that 2% is a good objective for inflation. They want inflation to be low and stable, but they don’t want it too low. Interest rates move in line with inflation, and they don’t want inflation so low that interest rates are near zero. Then they would have no room to cut rates in a downturn to stimulate economic growth. Thus they have gravitated to 2%, a number born out of pragmatism more than any econometric model or proof.”

Tim Worstall, a Fellow at the Adam Smith Institute in London and Forbes editor stated his opinion about this, saying: “My answer is no, we shouldn’t, and it’s exactly the recent experience that everyone is using to argue that we should that I would use to argue that we shouldn’t. The point being that quantitative easing and unconventional monetary policy, well, we’ve got good evidence that they work. Therefore we don’t need to raise that inflation target”.

Most persons would agree with Mr. Worstall’s argument. Since it makes sense that the recent recession was an off shoot of a collapse in the banking and financial system, rather than the normal economic cycle of boom and burst effect. Therefore the circumstance for setting the 2% inflation target was that it could be high enough to prevent an actual approach of the zero lower bound. Now that this assumption has been invalidated, it has prompted arguments that we should raise the target so that we don’t again.

On this basis, since we do not expect another recession caused by such a financial system crash it would be a bit odd to change the inflation target that works perfectly well on the more standards booms and recessions that it’s to be expect for the next few decades. The situation is similar to the oil condition. Goldman Sachs made another bold prediction as oil prices seem to throw some relief in the markets with the recent rebound, the investment bank is not convinced this is a sustainable bounce.

Plus500
Open live account Review
Tags Federal Reserve's inflation
Disclaimer: The views and opinions expressed in this article are solely those of the author and do not reflect the official policy or position of AtoZ Markets.com, nor should they be attributed to AtoZMarkets.
Author
Nasir Mohammad
View author profile
Everyone is reading
Daily Forex Option Expiries
IC Markets AC Milan Sponsorship - is it worth $11mln per year?
Breaking: USGFX Enters into Voluntary Administration
Exchange of the month