As of today, Alpari Ru has not only prolonged their partnership with the top performing football club Zenit St. Petersburg, but also upgraded the contract with the intent of expanding its exposure. The prolongation of the Alpari-Zenit sponsorship did not come as a surprise since the existing deal between the two partakers has been an eminent success; boosting Alpari’s position into the “Financial Elite of Russia”.

With close to a year of cooperation since both parties came to a sponsorship agreement back in February 2014, Alpari has announced that the partnership will be undergo an upgrade from a regional presence to a full national appearance. In regard to the exact financial terms, none of the partakers have provided any details yet. Instead, only the effective dates for the prolongation of the Alpari-Zenit sponsorship has been provided. Namely, with the official start in February 2015, until the end of the current Russian Premier League season. 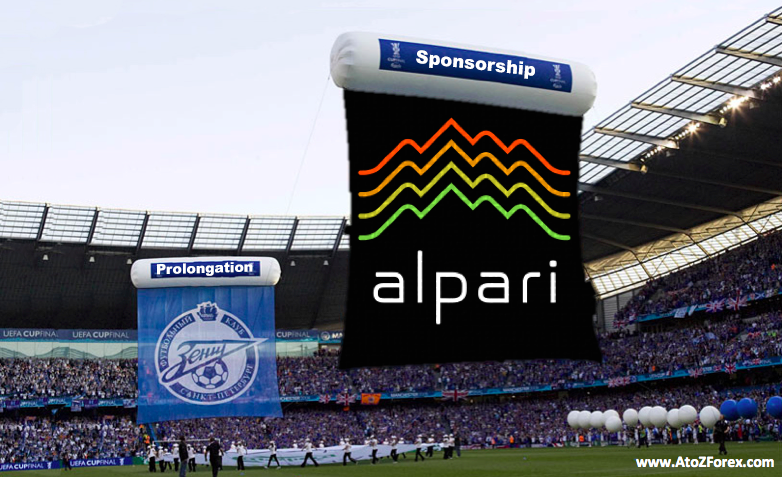 Besides, the utilization of the regional promotion terms that had been arranged in the previous contract, the upgraded deal will bring Alpari an expansion of their promotional reach, covering entire Russia. Additionally, the improved deal with Zenit will also provide the following:

Altogether, with an astonishing supporters reach of 15.26 million people and the provided PR benefits, Zenit Saint Petersburg remains the ideal partner for Alpari to achieve their targets.

Read more on the trending alliances between Forex
industries
and the world renowned football clubs: