EURUSD returned sharply upside after the Fed kept the interest rates unchanged. The following looks at what next based on Elliott wave theory.

June 20, 2019 | AtoZ Markets – The dollar fell massively across the board on Wednesday and in the early European session on Thursday after the Fed announced that the rates will be unchanged until July. However, there were signs that the Fed will cut rates in July. The market reacted negatively to the possibility of a rate cut and some dovish comments from the Fed. EURUSD as a result quickly picked up and rallied to 1.13. Prior to the event, the currency pair was on a bearish run. It hit 1.118 earlier in the week.

EURUSD has continued the bullish run today and hit 1.1315 early in the London session. The 1.1348 resistance level is not far away. A break above would see this pair advance toward 1.15 and above. The market will look forward to Friday’s PMI data from the Euro-zone

The big spike on Wednesday looks to be a bit of disruption to our Elliott wave expectation. However, the forecast we had in the last update is still valid. We expected a rally to 1.125-1.1266 Fibonacci retracement zones. The effect of the FOMC saw this price zone broken easily with a move that doesn’t look as corrective as we would have wanted. The chart below was used in the last update. 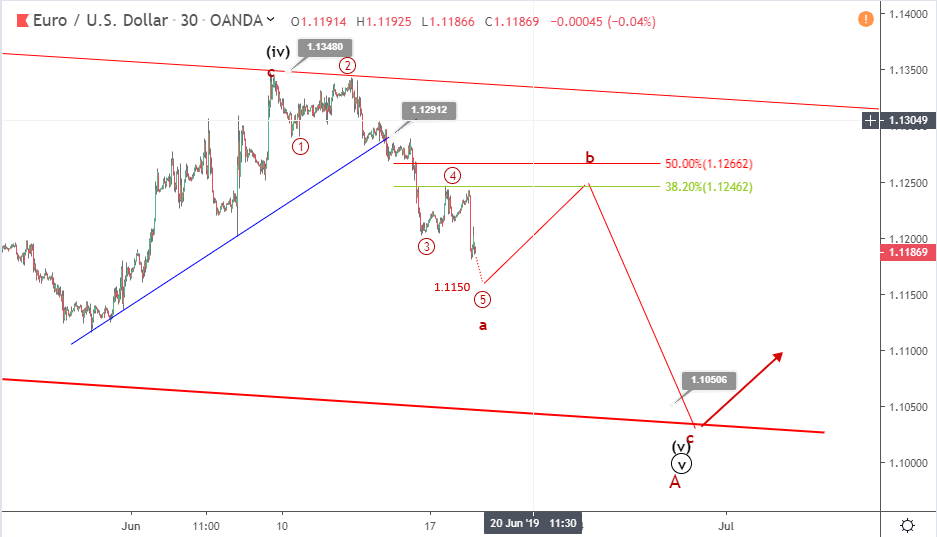 We counted an ending diagonal 5th wave of the long term bearish impulse wave trend from January 2018. The 5th leg of the diagonal was expected to be a 3-wave dip to 1.105 as the chart above indicated. Wave b has now spiked high into the territory of wave a as the chart below shows. 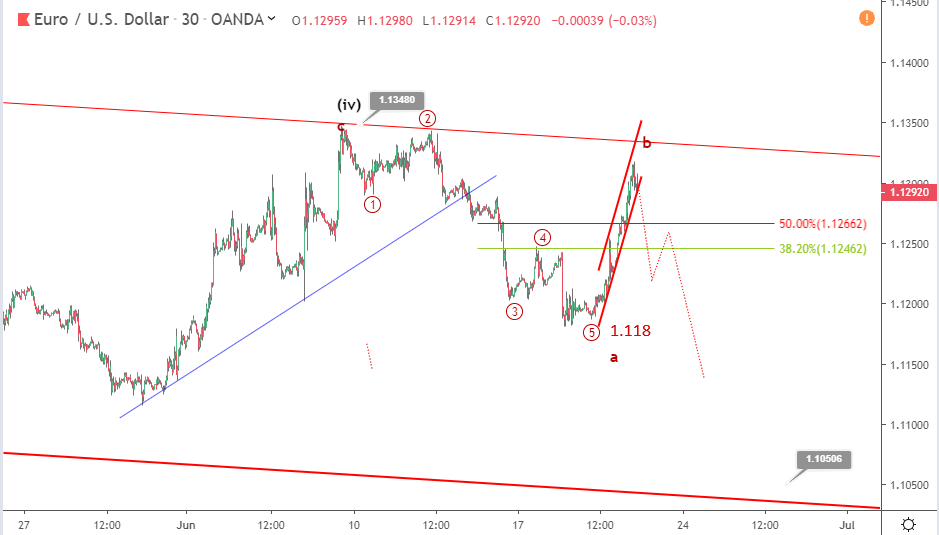 The bearish run could return if the price breaks below the thick rising channel and then break below 1.125. On the other hand, if the bullish move continues above 1.1348, the long term bullish correction will continue toward 1.157.