Madrid, Spain – (AtozForex.com) – the FCA regulated and London Stock Exchange plc listed CFD broker Plus500 (LON: PLUS), has just announced their sponsorship deal with 2014 La Liga champion Atletico Madrid. Based on this agreement, Israel based Plus 500 becomes the official sponsor of the football club for the remainder of 2014/15 football season.

The previous official sponsor of Atletico Madrid, Azerbaijan; a former Soviet Union republic who has affluent supply in oil and gas, signed a lucrative deal in December 2012, back then a hefty sum of 20 million Euros was paid. This strategic partnership included the following arrangements; various services, marketing endeavors, side pitch ad rolls, the opening a summer football clinic in Baku and the “Land of Fire” slogan being featured on Atletico Madrid shirts. 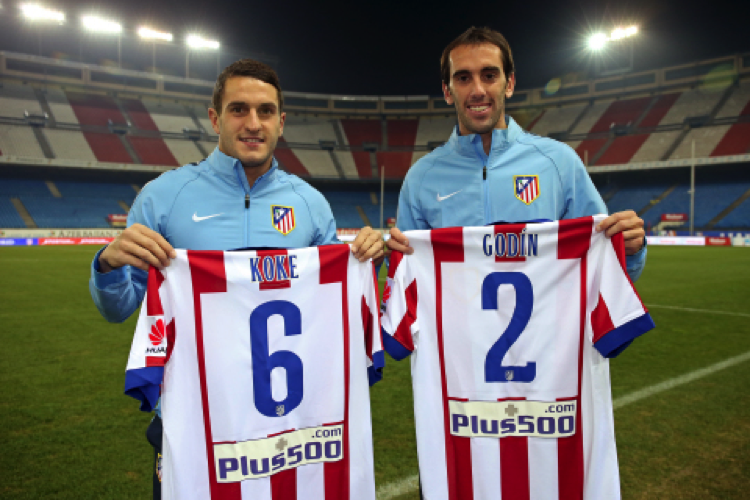 So what will Atletico Madrid FC sponsorship bring to Plus500?

As part of the sponsorship deal, the Plus500 logo will be featured as the Official Sponsor of the club, it will be visually imprinted on the back of the home and away shirts. Obviously, Atletico Madrid will be utilizing this new shirt for La Liga and other national matches. Additionally, Plus500 will get a range of branding rights at the stadium as well as exclusive host sponsorship benefits. And finally Plus500 will get the database rights for Atletico Madrid.

In a comment, Maryna Burushkina, CMO at 7marketz Inc. said: “The recent trend of Forex brokers signing promotional sponsorships involves a number of reasons: First, it is a great PR tool for extensive branding. Secondly, it serves as a tool for sales to break the ice and find a common interest with prospective clients; and thirdly, makes it easier for brokers to push their promotional content to the club fans. Almost every fan likes to work with the broker that sponsors his club. IronFX Global, as an example, has used their FC Barcelona sponsorship in a smart way to attract new clients and retain existing ones. The only point is that Atletico Madrid does not yet have as many fans as FC Barcelona or Chelsea, as they are still the rising stars, and Plus500 could benefit from that“.

Although it could be expected to boost the stock prices further up, right after the sponsorship announcement Plus500 shares dropped from 599.50 level to 592.4 levels and currently being consolidating a 596 levels.

CySEC Launches New Rules to Regulate Crypto Assets
Forex Crypto
Top 5 Forex Brokers
Top 5 Crypto Exchanges
Your subscription could not be saved. Please try again.
Thank you for subscribing. You will be the first to receive all the latest news, updates, and exclusive advice from the AtoZ Markets experts.
Everyone is reading
The Legal Battle Between the SEC and Ripple Continues
Binance Cancels Cryptocurrency Trading in Australia
Dogecoin Crashes and Bitcoin Market Awaits Fed's Meeting
close ×