Yesterday, Plus500 founders offload shares. The Placing Shares amounted to 15,500,000 existing ordinary shares. Why did owners decide to sell their stock?

29 September, AtoZForex – The online FX and CFDs trading provider, Plus500 revealed that its founders intended to sell up to 15,500,000 existing ordinary shares (the “Placing Shares”) in the capital of the Company. The Placing Shares amounted to 13% of the share capital issued by the company. Plus500 is a trademark of Plus500 Ltd, a listed company on the London Stock Exchange.

In the aftermath of the Brexit vote, many were concerned about the outcomes of the historic referendum. For Plus500 it was a different story, as the broker has improved its operations during the market volatility. According to the company, it managed to acquire new clients on the next day after the Brexit vote.

Plus500 stock prices dropped on announcement

On the 28th of September, Plus500 founders’ Alon Gonen, Gal Haber, Elad Ben-Izhak, Omer Elazari and Shlomi Weizmann sold 15,5 million existing ordinary shares that amounted to 13% of the company’s share capital. The founders continued keeping 22%. In addition, Alan Gonen has sold 7.2m of stock, holding on to 10.4%. At the same time, Gal Haber sold 2.6m of stock and retained 3.7%.

During the placement of shares, Joh. Berenberg, Gossler & Co KG ("Berenberg") and Liberum Capital Limited ("Liberum") served as the joint global coordinators and the joint bookrunners. Following the announcement, Plus500 shares dropped as much as 15 percent. 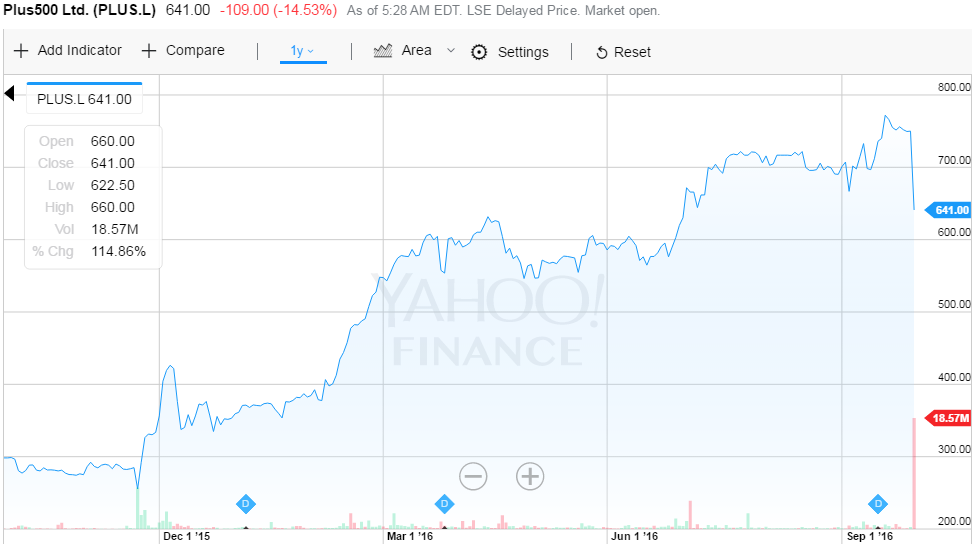 Why did the Plus500 founders offload shares?

According to the London Stock Exchange, Plus500 founders offload shares with the aim to diversify their investments along with raising funds for personal reasons. In addition, the Placing Shares have an equal classification with the company's ordinary shares. Following the completion of the Placing, the Founders agreed with Berenberg and Liberum not to sell any further ordinary shares that they own in the capital of the company within 90 days.