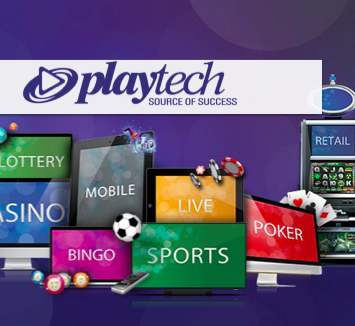 As of today, it has been rumoured that Playtech sealed the acquisition deal with AvaTrade. An online FX and CFD brokers that offers over 200 trade instruments, including commodities, indices and stocks. With the acquisition of AvaTrade, Playtech will possess over a broker that is fully regulated in Europe, Australia, Japan and the British Virgin Islands. A few days ago, it was reported that the Forex broker has caught the eye of Billionaire investor Teddy Sagi, his company Playtech was considering to acquire the fully regulated online broker. However, the online broker has been acquired by Playtech, according to: "a source with knowledge of the deal," as reported by Reuters.

Even though the exact details and financial involvement has not been disclosed by both parties, the Israeli newspaper Calcalist provided insight on last Monday that Mr. Teddy Sagi was in advanced negotiations to purchase AvaTrade at a sum of $100 million. However its was unsuccessful to reach out to Mr. Teddy Sagi or Dáire Ferguson, the CEO of AvaTrade for a comment.

AvaTrade is an old and trusted brand in FX and CFDs brokerage. The company boasts of monthly trading volume exceeding $60 billion, with over twenty thousand registered customers, who are said to execute more than two million trades a month. This makes it a lucrative choice, both to traders and to investors like Teddy Sagi.

Billionaire Businessman, Teddy Sagi is not totally new to the industry. His firm, Playtech acquired TradeFX, adding it to his LSE-listed company as he officially entered the B2C forex market. Playtech acquired a 91.1% stake for €458 million. TradeFX on the other hand is also a strong global brand, which was pioneered back in 2009. It is controlled by Markets.com and TopOption, with diverse operations covering forex and binary trading technology, but also a proprietary CRM system.

In addition to its last TradeFX acquisition, will AvaTrade be added to the group of FX holdings? In order to fortify the strength of the Playtech? It doesn’t end here as Markets.com is said to be in the market for more mergers and acquisitions. Markets.com in itself is a strong brand which already boasts of a high profile partnership deal with a premier league veteran club, namely Arsenal FC.