Constant attempts to rescue the economy after the government's bankruptcy, and the Petro looms in the horizon as a solution.

The Venezuelan government is preparing to present its old-backed cryptocurrency- the Petro, to OPEC, the Organization of Petroleum Exporting Countries, as a unit of account for oil.

Manuel Quevedo, the minister of oil and natural gas in the country, states that trading in the currency mentioned will begin in the first semester of 2019, as per the local news outlet Telesur.

Quevedo, who chairs the national company for oil and gas PDVSA as well, said that Petro is the future of the economy in the country, as came on the company’s social media platforms.

“Growth and economic prosperity are equal to the Petro.”, Quevedo was quoted.

Quevedo, as giving a speech at National Superintendence of Cryptoassets and Related Activities (Sunacrip), hinted that his government intends to recruit its virtual currency for marketing purposes and expanding the country’s assets’.

“We will use Petro in OPEC as a solid and reliable currency to market our crude in the world… We are going for growth and economic prosperity of our country giving a hand to the future since the Petro is a currency that is backed by mineral resources.”, Quevedo stated. 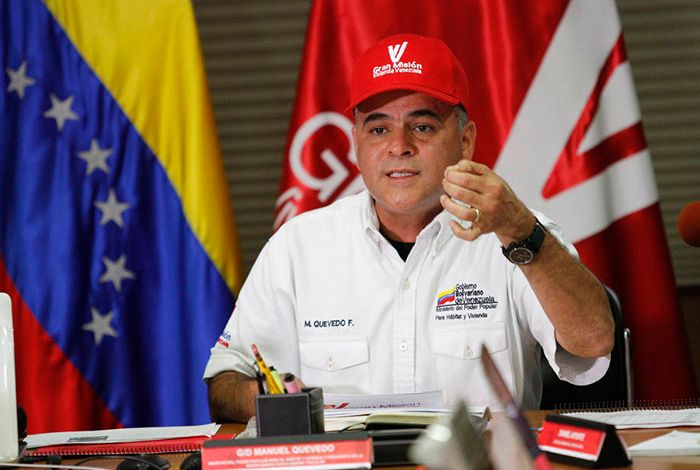 The government tries to make the Petro a lifebuoy

The minister, pictured above, emphasized as well that the Petro is “part of the country’s economic recovery plan”, and consequently, all oil-based products are set to be commercialized in Petros, inviting all companies interested in working with him to “join his platform.”

The Cuatro F newspaper reported earlier this year, that Daniel Peña, the executive secretary of Venezuela’s Blockchain Observatory, had declared that he expects the cryptocurrency to contribute to the economy in the country within “three to six months.”

It is worth mentioning that he Venezuelan government has been reportedly pushing the use of Petro after the country was reported bankrupt, where its leader, Nicolas Maduro, decided to launch a Petro savings plan that’s set to cover 18 million Venezuelans.

The opposition groups in the country criticized the currency, echoing international organizations in their criticism against the Petro.

In spite of the above said, citizens use cryptocurrencies in the country to survive the government’s failure, the thing that made bitcoin trading volumes ascend high, amid hyperinflation struggles.