The much talked about tax reforms by President Donald Trump during his campaign trail is expected to be further delayed, according to the U.S. Treasury Secretary Steven Mnuchin. Until when will investors have to wait for Trump tax reforms?

Mnuchin said that it was an aggressive timeline that the Trump administration was pursuing, in reference to the tax reforms. Trump had earlier announced that he would unveil some big plans on the tax reforms by the end of February, which didn’t materialize.

What is the timeline for Trump tax reforms?

The tax reform plans, alongside infrastructure spending plans, were two of the big ticket items for the markets, on which most of the gains were made since Trump won elections in November last year. Dubbed as the Trump rally, the U.S. equity markets posted steady gains, rising nearly 15% since early November through March this year.

Mnuchin said that the timeline of getting the tax reforms done before August was a very aggressive target. He said that it’s to the point of becoming unrealistic. The U.S. Congress is however expected to pass the tax cuts sometime during this calendar year. So despite some delays, the deal is still very much on the table. Gary Cohn, director of the National Economic Council, said that taxes were his number one agenda currently. He said that the government would pass the tax reforms with “one cohesive plan together.”

The Treasury Secretary was also quizzed on the recent Treasury department’s report on currency manipulation. When asked why Trump did not name China a currency manipulator, a stance he strongly announced during his campaign trail, Mnuchin said that Trump’s comments reflected the actions under the previous periods of time. 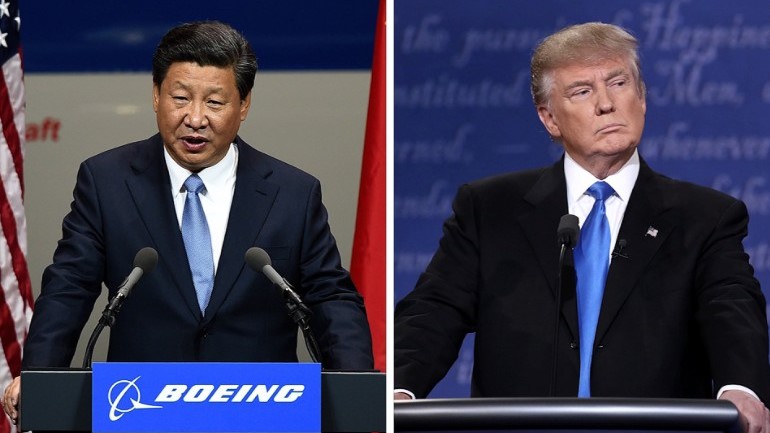 The U.S. equity markets have been stalling since rallying from November’s lows. The S&P500 which initially fell on the news of Trump’s election posted a strong rally in the following months, rising to an all-time high of close to 2390.

The Dow Jones Industrial Average also rallied. Gaining over 18% since the November lows of 17,888 to the March highs of above 21,000. Since March, however, the markets have turned rather flat. As investors began to trim their expectations on the proposed tax reforms and infrastructure spending plans.

The latest on these issues is likely to soothe investors’ nerves. Especially those who might have written off any prospects for the tax reforms or the fiscal stimulus plans.

In the near term, short term factors such as the French Presidential elections will likely keep investor’s risk sentiment in check. With most of the opinion polls suggesting that the first round will be a tight race. Yet, calling for Marine Le Pen to sail through into the second round of the presidential elections.

On Friday, 14th April, the CBOE Volatility Index (VIX) rose to 16. The highest levels since November’s highs of 23.00 just around the U.S. elections. But by Monday, the volatility index gave up most of the gains. Commonly referred to as the fear index, the VIX is likely to signal caution for investors over the next two weeks, into the first and second round of the French elections.

However, once the fears abate there is a strong chance that we will get to see a renewed momentum in the Trump trade especially as focus returns to the U.S. economy. Next week we will see the preliminary GDP report for the first quarter.

The article, Trump tax reforms, was written by John Benjamin. An analyst from Orbex – an AtoZ Approved Forex Broker. Orbex is governed by the Cyprus Securities and Exchange Commission (CySEC) (License Number 124/10). Trading foreign exchange on margin carries a high level of risk, and may not be suitable for all investors.