Oil rallies on falling stockpiles, thanks to the latest report from the U.S. Energy Information Administration (EIA) showing the third consecutive week of tightening stockpiles. Where could prices be headed next?

22nd September, AtoZForex – Crude oil prices are back on the rally, rising 3% on Wednesday. Analysts forecasted a 3.2M rise in stockpiles, but got a surprise decline of -6.2M, hence sending oil prices higher.

Crude stocks in the US have fallen since this month began. An estimated 14.5 million barrels were reported drawn for the week ended Sept. 2, marking the largest weekly drop in 15 years after a tropical storm that slowed the arrival of oil imports in the U.S. Gulf Coast. In the subsequent week to Sept. 9, there was another decline of 559,000 barrels.

Other factors responsible for the resumption in upside momentum of the commodity includes an oil workers’ strike in Norway, which threatened to cut North Sea crude output. Positive sentiment in the market as people expect an output freeze deal in the upcoming OPEC meeting. Also, the Federal Reserve’s latest decision to leave rates unchanged in yesterday’s meeting boosted oil prices. Since the weaker dollar makes dollar-traded fuel imports cheaper for countries using other currencies.

“In a world of continued (U.S.) shale productivity gains that cause other oil producing regions around the world to become highly focused on cost competitiveness, we believe investors and companies should prepare for an environment of range-bound oil prices,” Goldman Sachs said in a note to investors published late on Wednesday. 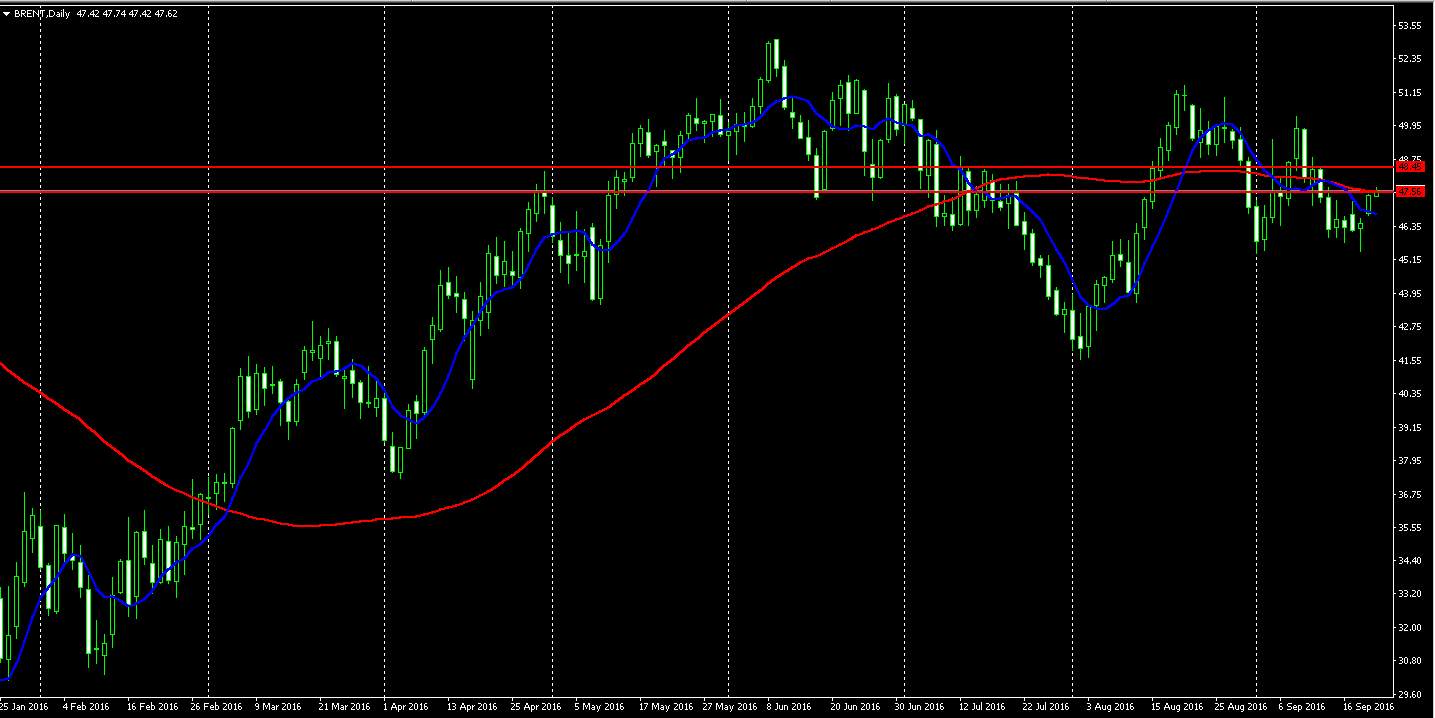 Following the rally in the past two days, oil price looks bound to continue upwards. However, Brent is currently trading at a critical resistance zone. There needs to be a sustained break of the 47.50 region for further topside momentum. With the next resistance around 48.45. In the absence of any news which may distort the current bullish outlook, oil prices are likely to remain on the rise ahead of the upcoming OPEC meeting. We are likely to see more buying pressure as the dollar gets weaker following the US central bank’s decision to leave rates unchanged.