2 June, AtoZForex, Lagos – The oil price reaction after OPEC meeting and inventories report would no doubt have made some fortunes and cost others bundles. Oil prices have been on a roller coaster today as the Organization of Petroleum Exporting Countries (OPEC) meeting and crude oil inventories report take center stage. Saudi-Iran tensions again made headlines as the two countries again disagreed over a group collective output quota proposed by Saudi Arabia. However, Saudi came out less aggressive than in previous meetings, promising not to flood the markets with extra oil.

“We will be very gentle in our approach and make sure we don’t shock the market in any way, There is no reason to expect that Saudi Arabia is going to go on a flooding campaign.”

All in all, the meeting can be perceived as successful, with Iran’s Oil Minister Bijan Zanganeh stating that he was happy with the meeting outcome. Saudi has been getting praise lately for the positive turnout of its strategy. According to BMI Research,

“Since January 20, oil prices have almost doubled from near $26 per barrel to almost $50 per barrel, at the same time total OPEC production has increased by around 100,000 bpd, despite heavy outages in Nigeria,”

“This indicates the strategy championed by Saudi Arabia… to let the oil market balance without intervening, is gradually playing out,” it added. 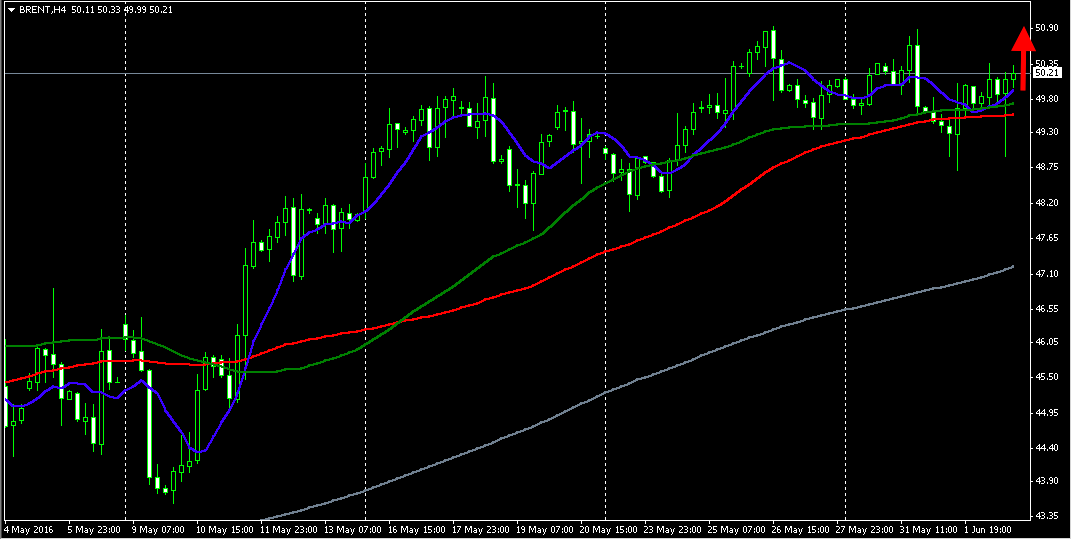 Prices initially dipped 1% after no ceiling was set at the OPEC meeting. However, the commodity put up a dramatic recovery after  the U.S. Energy Information Administration reported that U.S. crude supplies fell by 1.4 million barrels for the week ended May 27. The commodity now has both fundamental and technical support for a run higher. Technically, the formation of a 4hr pin-bar just after the close of the London session has rendered the previous bearish momentum void. Hence, we expect further bullish strength on oil. The US non-farm payroll due on Friday is also a potential driver of the commodity as volatility on the dollar could also drive the price of crude oil.