Tuesday’s industry report from the American Petroleum Institute showed an unexpected US crude stocks build, yet the oil prices continued to rise. Will the rally last long?

16 November, AtoZForex – Oil futures gained on Wednesday, in spite of the industry report, which has indicated a surprising build in the US crude stocks.

Oil prices have soared on Tuesday, as the Organization of the Petroleum Exporting Countries (OPEC) was expected to renew efforts in order to finalize the oil cut deal, which is designed to rebalance the oil market. 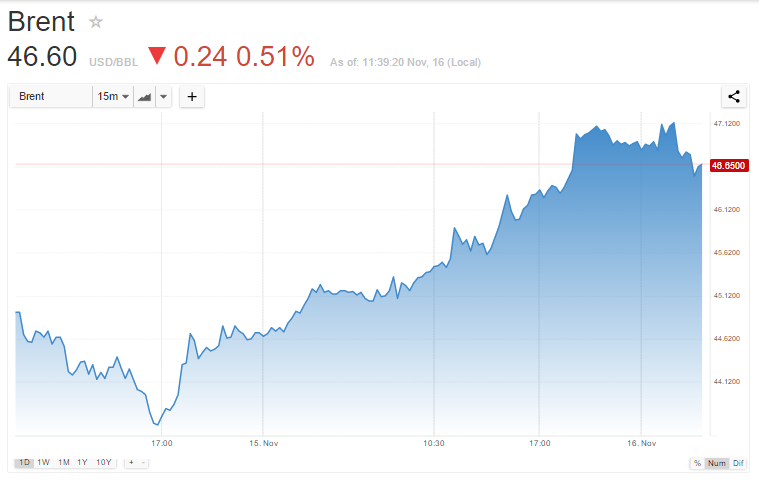 Both contracts had opened weaker after Asian trading amended based on the after-hours report on Tuesday, where the American Petroleum Institute (API) has signaled a build in the US crude stocks.

The oil cartel has agreed to plan the oil limit deal in September, yet still did not resolve all the disagreements within the bloc, with two weeks to go before their next meeting in Vienna. Mohammed Barkindo, OPEC secretary-general, is anticipated to visit the member countries, including Venezuela and Iran, in order to personally discuss the details of the oil cut deal.

Crude stocks have gained 3.6 million barrels, now totaling at 488.8 million barrels in the last week, according to the industry report by API. Analysts were expecting the crude inventories to rise only 1.5 million barrels.

The official figures on stockpiles from the US Energy Information Administration (EIA) are due later in the day.