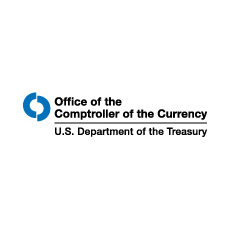 13 August, AtoZForex.com, Lagos – A penalty has been levied against Citizens Bank, National Association (formerly known as RBS Citizens, National Association), Providence, Rhode Island by the office of the comptroller of the Currency (OCC). A $10 million penalty is being looked into by OCC against defaulters and they have been ordered to reimburse and identify all affected customers.

It has been detected by OCC that the bank practices that relates to deposit reconciliation couldn't resolve the disparities between the amount of funds deposited by customers and the encoded amount from the accompanying deposit slip. The bank failed in its duty to bring to the notice of customers when disparities were detected, amount of deposit were also not corrected, and the bank's procedure for correcting such anomalies wasn't spelt out.

Going by these findings, the comptroller of currency (OCC) has made it known that the bank's deposit reconciliation practices has led to the violation of section 5 of the federal Trade commission Act ("FTC Act"), 15 U.S.C 44(a)(1) and it will in no way be overlooked. The fine of $10 million civil money reflects some other factors such as the time frame and coverage of the violations, and financial danger to customers from a deceptive and unjust practices. The U.S Treasury will be paid the fine.

The enforcement action leading to the penalty against Citizens Bank from the office of the comptroller of the currency (OCC) demands that the bank should also reimburse the affected customers. Considering that this will serve as detriment to the bank itself and other banks.The eligible customers for the reimbursement includes those under-credited due to bank reconciliation practices dating from January 2008 to November 2013. The action also demands that banks correct these practices and ensure a boosting of its governance and activities relating to its oversight functions.

The action of OCC is being coordinated alongside with the Consumers Financial Protection Bureau (CFPB) and Federal Deposit insurance corporation (FDIC), which had seperate orders being issued today. Payment of restitution made by thy bank to these customers will also meet the demand of a similar obligation to these customers as demanded by CFPB.