NZDUSD bears have regained momentum after rejecting 0.7300 to 0.7280 area. NZDUSD dropped below 0.7250 significant event level. Bears to push the price further downside in the coming days? What are the charts and technical indicators are saying? Read on to find further insights into today’s NZD/USD Technical Analysis.

May 12, 2021, | AtoZ Markets - NZDUSD is currently trading around 0.7235 area and trying to retrace higher. After bouncing from 0.7120 to 0.7130 support level, the bulls have regained momentum and pushed the price upside impulsively, but failed to sustain the bullish pressure above 0.7280 to 0.7300 psychological resistance area. As per the current price action, the price may face strong support at the dynamic level of 20 EMA on the daily chart in the coming days.

NZDUSD Dropped Below as the Resistance Level Worked Strongly

NZDUSD is currently residing near 0.7235 area and trying to recover higher. However, the price also broke below the Bollinger Bands' middle band on the intraday chart. 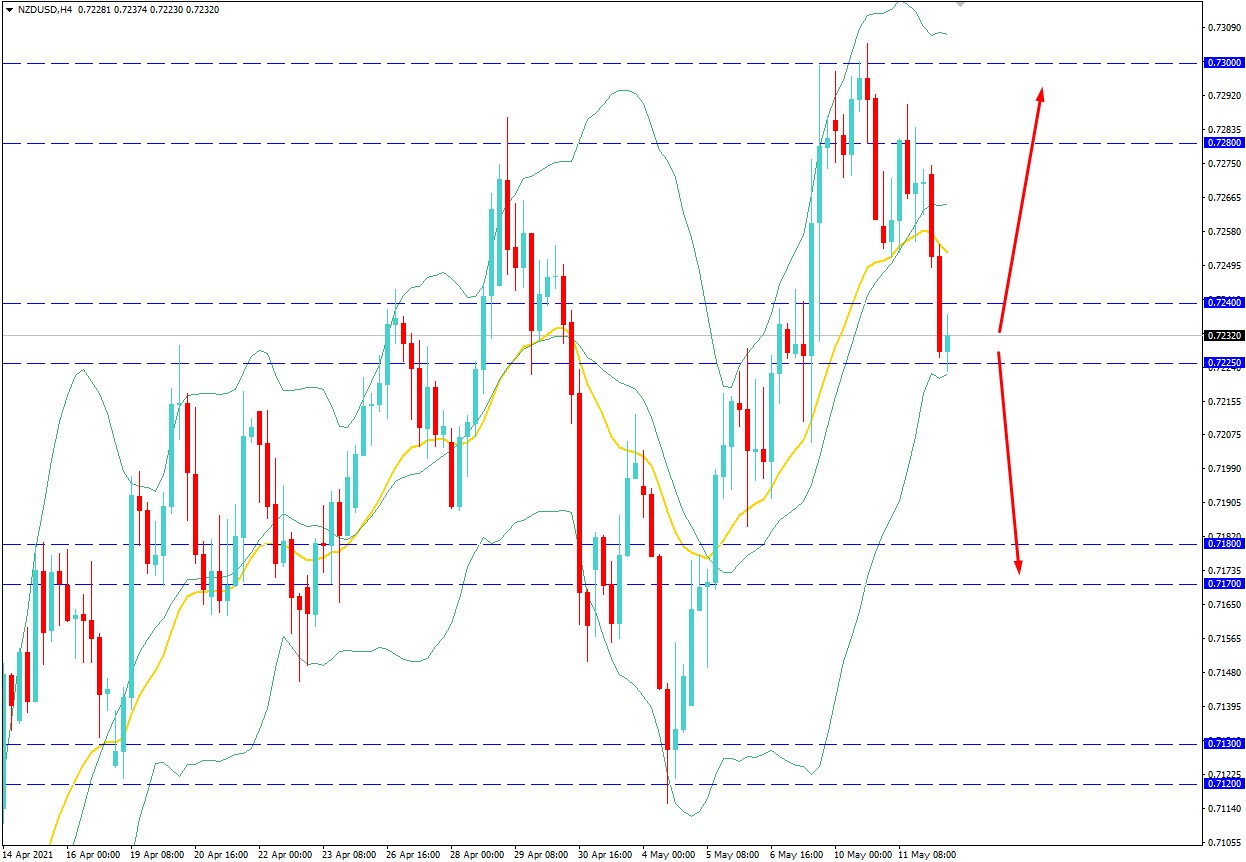 According to the 4-hour chart, NZDUSD dropped below and currently trading around 0.7235 area. As per the current price action, if the price bounces upward from 0.7225 to 0.7240 area with an impulsive bullish candle close, the bulls may regain momentum and recover higher towards 0.7280 to 0.7300 area again in the coming days. On the contrary, if the price can break below 0.7240 to 0.7225 area with an impulsive bearish candle, the bears may sustain the bearish pressure further towards 0.7180 to 0.7170 area in the process. 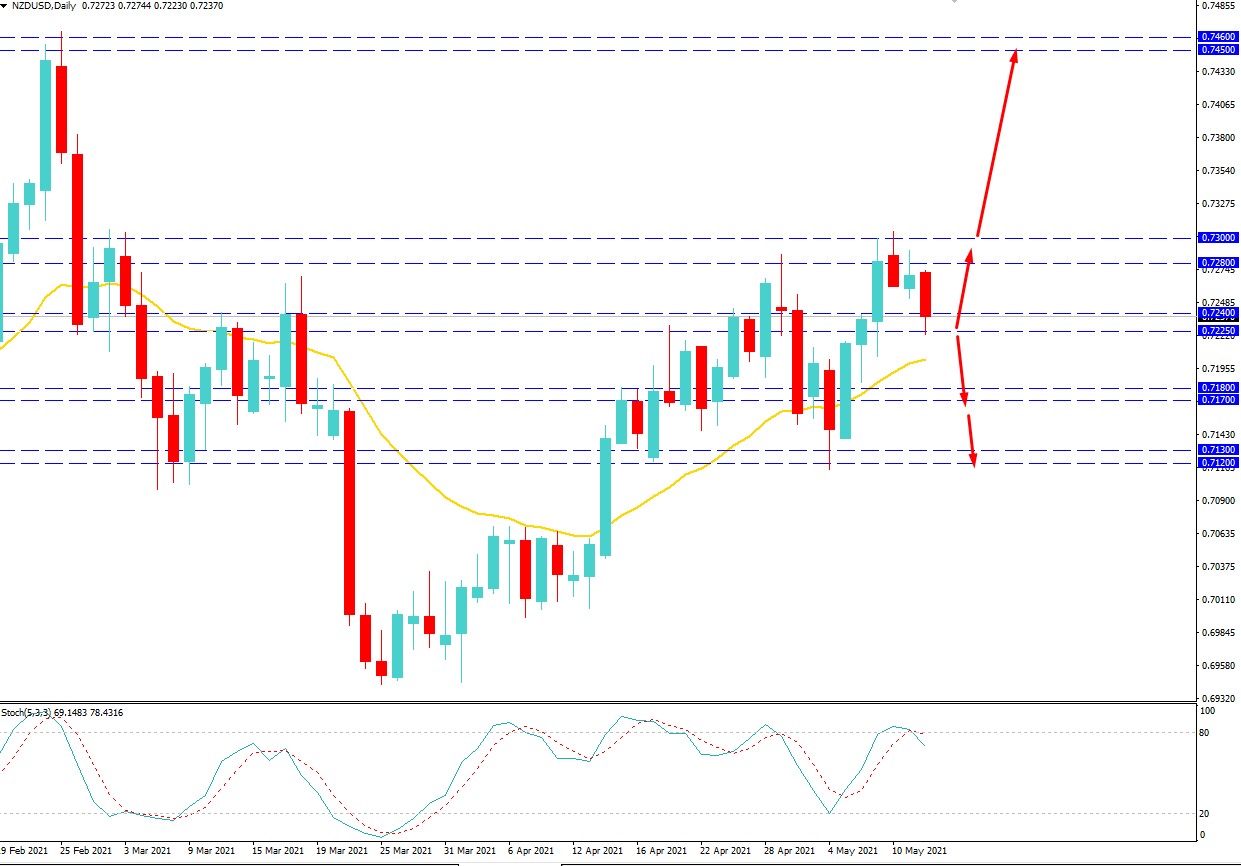 Furthermore, the dynamic level of 20 EMA is currently residing below the price. So, it may work as strong support to push the price upward. Besides, the Stochastic Oscillators lines are currently residing near the overbought level 80 and had a bearish crossover. It indicates that the price may decline further lower in the days ahead.

To conclude, NZDUSD has become volatile and corrective, but the bulls are still holding the bias over the dynamic level. A daily close is needed to identify the definite momentum in the coming days.