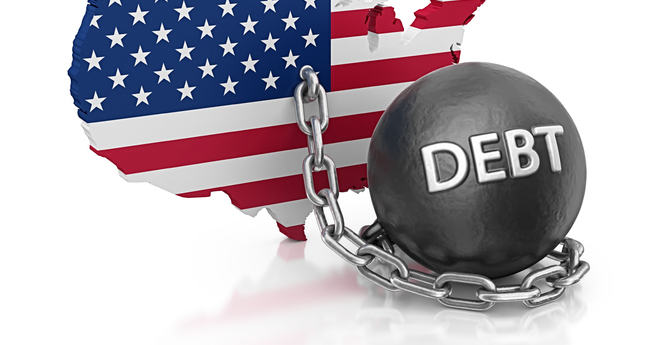 20 July, AtoZForex.com, Lagos – Susan Irving, a senior official at the Government Accountability Office, headed a review of the 2013 debt crisis. The research report was published last week. The report offers in-depth insights into happenings within the bond and security market when Congress and the White House play around with financial disaster. Basically, it looks into likely aftermath effect if the involved authorities allow the current debt ceiling controversy to get out of hand.

The process of the research started back in 2013 when Susan Irving began meeting with executives of prominent New York and Boston investment houses and securities experts, in a bid to gather opinion on the impending dispute in Washington over raising the debt ceiling.

Irvin was surprised at the discovery of the level of investor anxiety and nervousness at the so called “X-Hour”. X-Hour here, refers to the 2011 situation of political drama in which the government came within hours of defaulting on its debt for the first time in history and hurt its credit rating. She discovered that had begun shunning Treasury notes for fear of getting stuck with losses or delayed repayment, irrespective of the level of safety this asset class previously presented, being that the US government has never defaulted.

She said in an interview with CNBC that: “You had something on the order of $3 trillion worth of securities that people really weren’t eager to hold,”Most of them were treasury bills” which at almost any other time would have been treated by investors like gold or cold cash because of the integrity of the government. The problem is what happens when you get this close to the cliff? You don’t want to mess around with the full faith and credit of the United States.”

Now, the Treasury has been forced to begin taking “extraordinary measures” or bookkeeping maneuvres to keep from bumping up against its legal borrowing limit, as some Republicans have again began threatening to block an increase in the government’s borrowing authority unless President Obama agreed to important spending concessions. “The debt ceiling is a legally imposed limit on how much the Treasury may borrow to pay debts already incurred by the government.”

The debt ceiling is also often used as a tool by lawmakers as a means of blocking future spending, in fact it reflects spending that has already been approved by Congress and the president. Just like the event of last year which almost ended in the first debt default in history before being averted at the last minute, this year’s drama started in March. A debt ceiling limit of $18.1 trillion was again implemented after Congress had temporarily suspended it last year. This brought back the era of the treasury prioritising its payment.

Back on March 16, Treasury Secretary Jack Lew notified congress that he planned to declare a “debt issuance suspension period” with respect to investments of the Civil Service Retirement and Disability Fund and other funds. The bottom line on this move is that Lew and his deputies had begun holding the line on fresh borrowing that would put them above the debt cap. In his letter to the leaders, Lew has stated that: “Protecting the full faith and credit of the United States is the responsibility of Congress, because only Congress can extend the nation’s borrowing authority.”

In 2013, during the disagreement between President Obama and ex Fed Chairman Ben Bernanke against House Speaker John Boehner (R-OH) and then-Senate Republican Minority Leader Mitch McConnell (R-KY), they argued that the debt ceiling should not be raised above its existing $16.3 trillion level unless government spending was cut by an equal or greater amount than the debt ceiling increase.

At the time, this led to dominant market fear among investors, according to the new, detailed autopsy of the 2013 crisis by GAO: “Investors reported taking the unprecedented action of systematically avoiding certain Treasury securities—those that matured around the dates when the Treasury projected it would exhaust the extraordinary measures that it uses to manage federal debt when it is at the limit.” Based on market participants which were interviewed, the research also found that: “future impasses could be more severe, in part because of changes in market practices since the financial crisis and in part because of contingency plans that many investors now have in place,” the report warned.