05 February, AtoZForex.com, London – Currency investors are wondering what could trigger the next upward USD rally. The answer, according to Morgan Stanley, is China. Thus, is USD rally in China’s hands?

Ahead of the Lunar New Year on Monday, and Chinese hosted G20 meeting on February 26-27, there is a strong incentive for policymakers to keep RMB stable. Furthermore, the risk exists that USDCNH could be driven lower in the near term amid latest press reports about speculation against the RMB.

Nonetheless, the price for FX stability is high, Morgan Stanley noted. It requires averting capital outflows by offering fair real yields. The problem is that current real yields might be too elevated in order to spur economic growth. Instead, high real yields risk a faster deleveraging. Hence, economic weakness is likely to stay in China, according to Morgan Stanley.

“it will be Asian data, the evolution of currency reserves and easier local central bank policy which drive USD and global markets,” Morgan Stanley projected, adding that “accordingly, the current USD downward correction should be limited, with implications going beyond FX markets.” 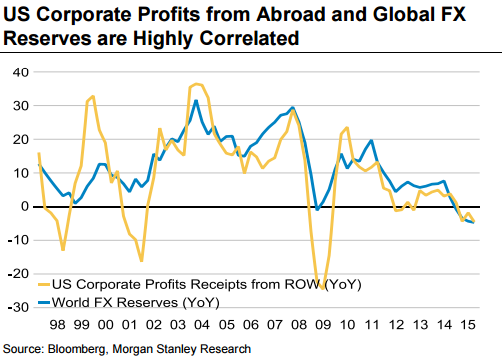 Current market correlations are high and the recent USD devaluation has helped to catalyze the latest oil rally, spilling over into narrower corporate spreads and providing shares with an urgently required lift.

The high market correlations are due to FX, commodity and equity markets trading similar frameworks, which is based on leverage, overcapacity, and low return on investments. “The Fed pausing or the BOJ, the ECB and other European central banks pushing deposit rates into the red will do little to change these dynamics,” Morgan Stanley added.