According to the Webster Dictionary, the definition of Misleading is to lead in a wrong direction or into a mistaken action or belief often by deliberate deceit. Hence, we will look into misleading CySEC Regulated Souvlaki Swiss Forex brokers. How do they operate? Who authorize them to utilize their misleading names?

24 March, AtozForex - The word, Swiss, generally signifies higher trust. And, the Swiss have earned their trust by standing neutral during both of the world wars and providing the world reliable products all the time. Hence, there is a good demand for anything and everything that has “Swiss” mark on it. Indeed the Swiss parliament even passed “Swissness legislation” in 2015 that aims to tighten rules over the use of the “Swiss” designation as well as the Swiss cross.

However, it seems like the “Swissness legislation” has not reached to Cyprus yet. As there are more and more misleading CySEC Regulated Souvlaki Swiss Forex brokers. I call it Souvlaki Swiss Forex Brokers, because these brands are as Swiss as Souvlaki. Nothing close to being a Swiss brand!

It is often understandable that different brokers will do their best to attract attention on them. Some of these brokers will sponsor big football clubs; some of them will use outstanding slogans or participate in big charity events. However, it is immoral to willfully and intentionally create a misleading image. You just can not, create a name that is associated to a country that you have nothing to do with! This is an intentional misleading!

There is an official financial Regulator in Switzerland – FINMA. FINMA keeps lists of all authorised institutions and investment funds. Finma regularly updates and audits these entities. And in order to provide their services they often register as a bank.

Hence, Real Swiss Forex Brokers, will always have a FINMA license and often their entity name will end with “Bank SA”.

The following are the must haves for real Swiss Forex brokers: 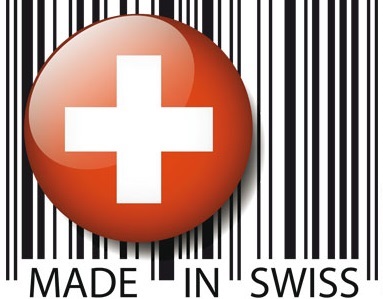 Swiss products and services enjoy an excellent reputation both domestically and abroad, which is why Swiss indications of source are being used with increasing popularity. Unfortunately, they are also being used more frequently by free riders too. The "Swissness" legislation strengthens protection for the "SWISS" designation and the Swiss cross (white cross on red background). It helps prevent and curb their misuse, so that the value of the 'Swiss' brand can be preserved in the long term.

The "Swissness" legislation came into force on 1 January 2017. Hence, any broker using Swiss Cross, must be from Switzerland. Howvever, there are quite some Misleading Fake Swiss Forex brokers which I aim to uncover within the next three articles.

For more information about the Swissness legislation you can contact the following:

Cyprus is a part of the EU, hence, MiFID law applies to CySEC regulated Forex Brokers. There are many reliable CySEC Regulated Forex brokers. However there are just as much "Kebab Shops" in Cyprus too, as the local Cypriot call them. Often those of reliable Forex Brokers will not be engaging with big advertisement campaigns, but focus on the service first.

Meanwhile, those of Scam Forex Brokers, will end up receiving Regulator Fines and warnings. Sometimes, they will just shut their doors and pop up somewhere else with a different name a few weeks or months after.

Meanwhile, the local regulator has been really trying their best to step up and make sure that their authorization is up to the global standards. CySEC has made many mistakes in the future, but this is what you can expect while setting up something fresh. It is due to lack of experience.

However, it is not clear why CySEC and its consultants FTI Consulting withstand major misleading by some of the brands. The number of these misleading CySEC Regulated Souvlaki Swiss Forex Brokers and CIFs keep on rising.

Indeed just around the same time, AtoZ Forex Reported about the Europol and Interpol Binary Options summit here in Amsterdam.

In the next edition of "Misleading CySEC Regulated Souvlaki Swiss Forex Brokers" I will be writing about existing Forex brokers in Cyprus. Those who avoid to answer questions about their companies and when pushed start threatening you. Follow us for more Forex Broker Scam investigations.