March 1, 2019, | AtoZ Markets – Despite the skepticism of some experts on the ICO market, now one of the world's largest technology corporations, Microsoft Azure enters the market. The cloud computing service arm of Microsoft, has recently included Stratis ICO platform into its products section.

Stratis deepens the relationship with Microsoft

London-based Blockchain-as-a-Service (BaaS) providers partnership with Microsoft started a year ago On October 24. The company announced that it has become a certified Microsoft Independent Software Vendor (ISV). Microsoft and Stratis originally partnered up in September when Stratis ICO system was made first time available via Microsoft Azure. Stratis CEO Chris Trew commented then:

“Utilizing the Stratis ICO platform on Azure allows ICO administrators to leverage the advantages of Azure’s PaaS offerings, thus removing the headaches with typical standalone virtual machine deployments that are all too common. Our solution tied with Microsoft Azure allows an ICO administrator to ensure their data is safe and their ICO is always available.”

Microsoft partners with Stratis to step into ICO market

The platform, created by the London-based Stratis Group, offers a web application that allows initial projects offering coins to manage the distribution of tokens. This facilitates a safe and flexible payment route that participants use to purchase ICO tokens before the initial distribution. They pay either Bitcoins or Strat, the native token Stratis. Stratis, as Microsoft reports, has also integrated Changelly into its application, that will enable ICO participants to convert their fiat money or cryptocurrencies into Strat.

The emergence of the ICO has caused an ambiguous reaction from the financial regulators around the world, due to the digital assets being involved in fraudulent activities.

As a result, the authorities took decisive steps to limit the access of scammers to potential investors. The U.S. Securities and Exchange Commission (SEC) has initiated the most serious opposition to startups that illegally sold tokens. Its equivalent in South Korea, the Financial Services Commission (FSC), reaffirmed its ban on all issues of ICO in October last year. Unlike the above, in the case of Stratis, Microsoft seems to be taking the fraudulent nature of ICO seriously.

Onfido is integrated into the platform. This software is used for risk management and fraud prevention and checks participants for presence in the watch lists against money laundering. The tool also checks the documents that ICO members submit as part of the “know your customer” process. After the bullish year of 2017 and the beginning of 2018, a downward trend was observed in the ICO market.

ICO and crypto suffered a period of decline in 2018

Microsoft's entry into the ICO space follows a period of decline in the cryptocurrency sector in general and ICO in particular. During the crypto boom at the end of 2017, ICO projects raised billions of dollars at the development stage. People acquired tokens, believing that they would become the next Bitcoin or Ethereum. However, most ICO projects failed to implement a practical business model. Many of them have disappeared with investors' money.

Nevertheless, according to experts, ICO is far from death. As one of the arguments, they represent the implementation of several projects in 2018. 2018 showed that not all ICO projects are equally profitable and durable. Perhaps this was a lesson for investors who are likely to become smarter in their investment decisions. They decided to invest only in those startups that presented practical business models and real token utilities.

Interestingly, 50% of ICOs launched in 2018 did not have a minimum viable product – they all failed. After all, Microsoft Azure should aim to enter the more professional ICO market. This means that not every mediocre ICO project will use the Stratis solution, given its functionality that is convenient for KYC. On the other hand, a more thoroughly studied market – thanks to the SEC – will ensure the growth of the ICO market in the long term, but at a slower pace. 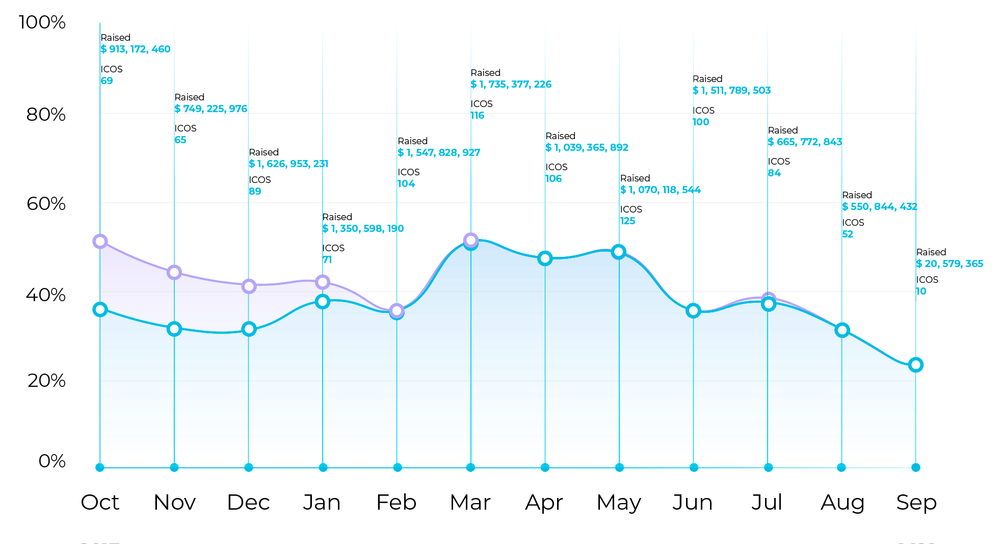