November 21, 2018 AtoZ Markets -Malta has recently rejected the Binance bank license application, as well as any other bank licenses, due to an order coming from the European Central Bank (ECB). Malta's name has been mentioned quite often in scandals involving money laundering.

Matthias Krull was the beginning

In July 2018, Matthias Krull, a German banker residing in Panama, was arrested at Miami's airport for charges of illegal financial transactions.The banker, who worked for Julius Baer -a Zurich-based private bank- admitted, a month later, that he took part in laundering money, for the interest of whom he named "Los Chamos" in Spanish, which translates into "kids" in English.

According to the prosecutors, the laundered funds were stolen from the the national oil company Petróleos de Venezuela (PDVSA), and might have been smuggled to luxurious real estate companies in Austria and South Florida. 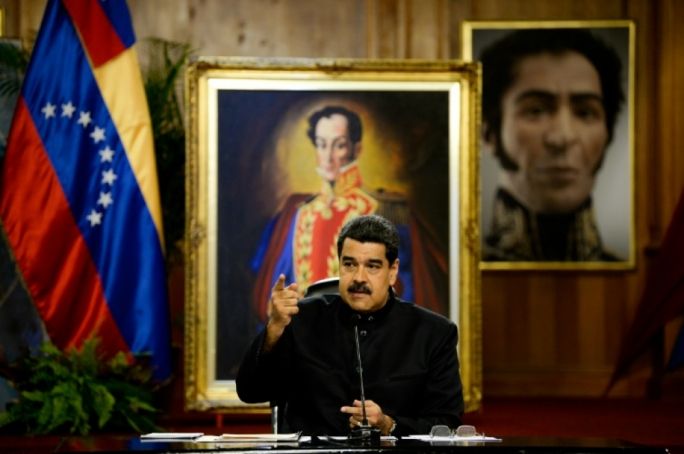 The investigation suspects that "Los Chamos" are the three stepsons of the President of Venezuela Maduro :Yoswal, Yosser and Walter Flores. The information was provided to The Associated Press (AP) by two Americans, who decided to stay anonymous. AP attempt to dig further in the case was not successful. Maduro's stepsons could not be reached for comments, as no contact information were available. 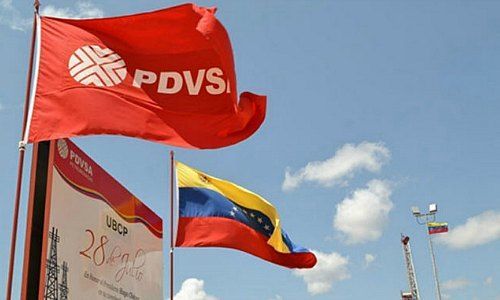 According to the prosecutors, the funds were skimmed from PDVSA through the manipulation of foreign exchange rates and were wired to the Maltese bank.Two months later, PDVSA loan was repaid to Eaton Global, a Hong Kong-based shell company,

The company had taken over the loan, at an official . Eaton Global ended up with the right to pay PDVSA about 7.2 billion Bolivars (worth around €35 million) and receive about €510 million, of which about €78.8 million was sent to the confidential source.

Along with other documents, and according to what the criminal complaint filed at the Miami Federal court included, from worksheets the authorities could put their hands on, the findings revealed that 10 transfers from PDVSA from 29 December 2014 through 3 February 2015 totalizing €511,913,270.74.

Further worksheets contained information on how each recipient moved the money. The boliburgués, moved €78.8 million to Homeland Security’s confidential source and the majority of the rest used the Spanish companies Volbqr Vontobel and Vencon Holding, apparently.Several assets were already allocated for seizure, as well as about $45 million at the City National Bank of New Jersey, and accounts in the Bahamas, the United Kingdom and Switzerland.

The European Financial Institution and the professional launderer

Krull confirmed receiving money from the Maltese European Financial Institution 1 accounts before. In an earlier recorded meeting dated 27 April, 2016 with Amparan titled “professional launderer”, Krull assured the confidential source not to worry about European Financial Institution 1 as it will let him know if there is an investigation. The Malta Financial Services Authority took the case seriously, where the European Financial Institution 1’ in Malta”, mentioned in the criminal record, is now suspected to be Portmann Capital Management (PCML). MFSA alleged PCML in illegal money laundering for which they received €20-million fee. However, as PCML officials emphasize, those moneys were “alleged to have been paid for services”. As Portmann Capital Management representatives state, it “has never accepted any bribes,” and “None of PCML representatives have ever come across Mr Krull”, suggesting that there might be other Maltese bank involved. MFSA later ordered company to stop taking on new clients and any outgoing transactions.

The Pilatus Bank has a fingerprint in the case!

A year ago, Daphne Caruana Galizia, a Maltese journalist, who accused the Pilatus Bank of processing corrupted payments, was assassinated in a car bomb near her home in Bidinija. The investigation and the following arrest of the chairman put Pilatus Bank under the sight of ECB. Daphne Caruana Galizia was an investigative journalist, she also was called an anti-corruption crusader. At the time of her murder, Pilatus Bank and its chairman Ali Sadr Hashemi Nejad sued Galizia in a US court, accusing her of “causing damage to the bank’s reputation”.In her investigation, Daphne Caruana Galizia accused Pilatus Bank of various crimes, including dubious payments to senior Maltese and Azerbaijani figures. Galizia published her report on Panama Paper's portal, which leaked documents on offshore entities. Three suspected in the murder arrested in December 2017, were pleaded not guilty and remained in custody. Prime Minister Joseph Muscat called Daphne Caruana Galizia’s murder "black day for freedom of expression" promising “not rest until justice is done”.

This year in March the Maltese authorities froze the bank's assets, after the arrest of its chairman, Ali Sadr Hashemi Nejad. The remaining directors of the bank had discussed the matter with the MFSA and had agreed with shutting down the bank. According to a federal court in Manhattan, Ali Sadr Hashemi Nejad is accused of money laundering and fraud.

As the federal court officials state, Ali Sadr Hashemi Nejad, who might have played a role in making Iran evade the U.S sanctions, as an indictment states, applied a scheme of the illegal funnel of $115m in payments for Venezuelan construction project to Iranian individuals and companies. Ali Sadr Hashemi Nejad pleaded not guilty to the charges. Pilatus Bank was granted a passport, allowing it to operate in the UK, and it was supposed to open in London’s Mayfair’ in April 2017. However, the bank did not receive permission on offering accounts to UK residents. Pilatus Bank was known, as it held accounts for a the Maltese prime minister, Joseph Muscat, and members of Azerbaijan’s ruling family. 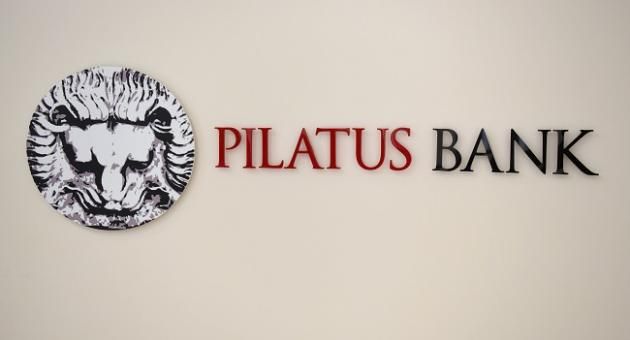 Pilatus Bank was known, as it held accounts for the Maltese prime minister and members of Azerbaijan’s ruling family.

In 2016 Pilatus Bank reported having €308m (£270m) of assets. Maltese Pilatus Bank was a key player in the recent money laundering scandal. It got in sight of EU which was investigating its activity since the journalist’s murder. The Maltese FSA recommended withdrawing Pilatus Bank license in June, but the process took longer than expected because of legal obstacles, as the ECB stated. Pilatus Bank license was withdrawn on ECB governing council decision, following Malta Financial Service Authority (MFSA) proposal. MFSA as Malta’s banking industry regulator granted Pilatus license in 2014. As European Banking Authority chairman Andrea Enria emphasizes in a letter, dated September 24, the withdrawn was MFSA request was justified by "the current circumstances of the bank's ultimate beneficial owner”.

The EBA declined to provide further information on the investigation. The official bank representative emphasized on “believing in the rule of law and stringent regulation” which is “a paramount for the integrity of the financial systems “where they operate. After license withdraws on Wednesday evening, no Pilatus Bank all transactions or any business were not allowed to the customers without permission. As the commission of the EU stated on Thursday “Malta’s Financial Intelligence Analysis Unit must “take additional measures to fully comply with its obligation” under EU law to supervise effectively the “financial institutions on its territory” and applying “an effective sanctioning regime.”  It also asked the EBA to investigate the activity of Danske Bank A/S in both Denmark and Estonia on following the rules of handling money laundering scandals.

As MFSA emphasized: “It is pertinent to point out that even though certain licence holders could be on the MFSA radar for various reasons, enforcement action kicks in following due process to ensure that the Authority’s actions are grounded on fact and sound legal arguments.”

How is the Maltese grip on the industry?

In July 4, 2018 the Maltese Parliament officially passed 3 bills into law, establishing the first regulatory framework for blockchain, cryptocurrency and DLT (Distributed Ledger Technology).Such a step made Malta the first country in the world to provide an official set of regulations for operators in the cryptocurrency and most desirable location to set up shop in the blockchain space. The first law, known as the Malta Digital Innovation Authority Act (MDIA Act), supposed to focus on internal governance arrangements. The second law, Innovative Technology Arrangement and Services Act (ITAS Act), will deal with DLT arrangements and certifications of DLT platforms. The third law, Virtual Financial Assets Act (VFA Act), will establish the regulatory regime governing ICOs, cryptocurrency exchanges, wallet providers, etc. Recently, Binance a largest cryptocurrency exchange founded in Hong Kong in 2017, announced its plans on starting business in Malta, said founder Zhao Changpeng . However, along with other banks, Binance request on license on its activity in Malta was denied . Binance bank license denial still stays unanswered. Whether it is somehow connected with recent allegations on Maltese PCML or Pilatus bank and MFSA and ECB doubts on possibility to control blockchain technology ? What do you think ?