13 May, 2019 | AtoZ Markets –  The nominees for the AIBC Awards Dinner has been unveiled. That was taking place on the first evening of the Malta AI & Blockchain Summit (AIBC) 23rd of May at the Hilton. Besides, the seven judges of the Awards Dinner had an impressive number of applicants to consider. That was while deciding on the final nominees following the closing of the application on the 7th of May.

“Alongside premier networking opportunities, with this opulent event, we bring together luminaries in the Blockchain industry and financial markets. It is an evening of recognition and celebration of achievement. However, we are shining a spotlight on some of the most intriguing. And we have creative tech projects to challenge the conventional role of technology. That is the tech players changing the face of industry as we know it. It’s time to BUIDL the future,” says Eman Pulis, Founder & CEO of the Malta AI & Blockchain Summit.

Redwan Eid, the editor-in-chief of AtoZ Markets, commented on the partnership with the Malta Blockchain Summit 2019, saying: “Excellence always has a tiring price. Success does not come from nothing. It is a lot of hard work and commitment to our name, and respect. We have for the industry and domain we are active in. And the relationship of transparency we have with our readers and clients alike that we also pledged to keep.

Still, we have proven ourselves in a rather short period of time, and will continue to do. At AtoZ Markets, we are always on our toes as we publish our news. Fact-checking is principle number one in our daily work, to avoid falling in the trap of publishing fake or misleading news. So, we see some media outlets do today, unfortunately.

Our partnership with the MALTA AI & BLOCKCHAIN SUMMIT 2019 today, as we have been voted top 3 media partners of theirs. We come as an assurance that hard-made efforts are coveted to cooperate with by big names and veterans in the industry. This is not the first time we have a mutual cooperation with the MALTA AI & BLOCKCHAIN SUMMIT. We have been their media partners since we started. And today, we take this occasion to confirm again. We are proceeding more forward as a pioneering news portal. We dedicated to the forex, cryptocurrency, blockchain news and anything pertinent, putting facts as the broad headline we work under, and nothing else.”

Charitable fundraiser to crown the event

The Chief Guest of this grandiose awards ceremony is no less than Sandor Habsburg-Lothringen. He is the Archduke of Austria, Prince of Tuscany, Prince Grandmaster of the Sovereign Hospitaller Order of St John of Jerusalem, Knights of Malta. Habsburg-Lothringen serves on the Boards of several companies and organizations, and also runs the Association of Furtherance of Peace in Vienna. The AIBC has also invited Vinay Gupta, CEO of Mattereum, as their Guest of Honour for the awards ceremony. Additionally, Mattereum is a provider of legally-enforceable smart contracts.

The overall show is expected to draw a whopping 5000 delegates, 700 investors, 300 exhibitors, and 100 startups. It is to convene for a grand extravaganza at the Hilton in St Julian’s, Malta. The exclusive Awards Dinner also capped at 400 out of this numerous crowd. Moreover, tables are on sale through the AIBC website. Prizes presented upon nominated companies for superior achievements in the following categories: 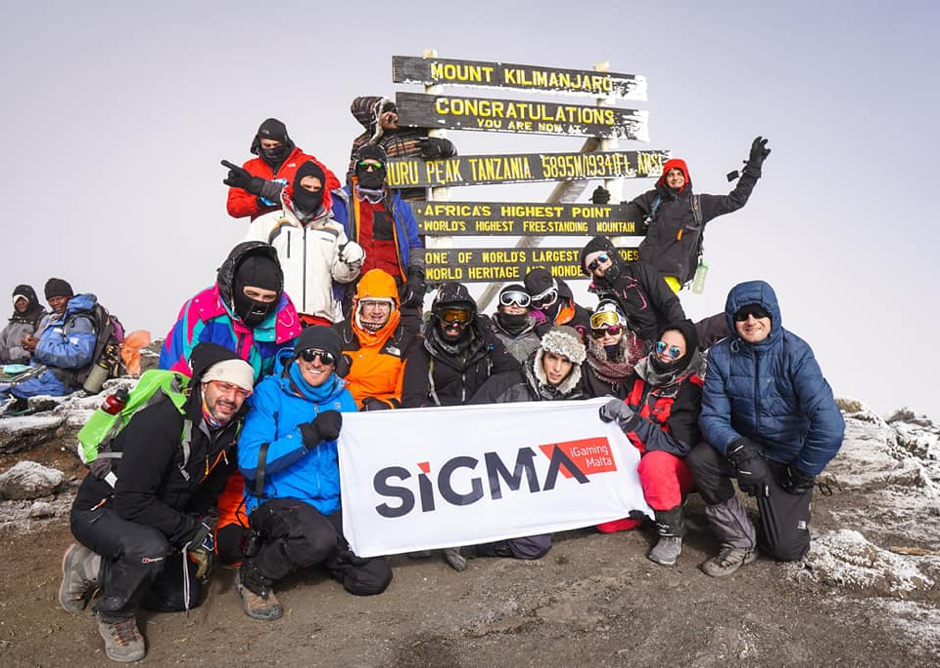 The Kilimanjaro Challenge Malta team in 2018.

The evening will conclude with a charitable fundraiser through the auctioning off art from Nelly Baksht and Derek Mason. However, all proceeds also donated to the Kilimanjaro Challenge. Those 12th edition in 2018 raised €110,000 towards finishing a center for disabled children in Ethiopia. The Malta AI & Blockchain Summit is a landmark event. Besides, nobody in Blockchain, AI, Quantum Tech, Big Data, and IOT can afford to miss.