19 June 2019, GKFX – Today, world markets are keenly awaiting the all-important June Federal Open Market Committee (FOMC) monetary policy decision which will be announced at 1800 GMT and as we move towards the decision timings, here are the expectations as forecasted by the economists and researchers of 14 major banks.

Fomc preview: what 14 major banks are expecting from June meeting?

The consensus amongst most economists and analysts suggest that the Fed will likely leave its current policy rate unchanged. In addition, they are expecting that the Fed will give clear signals of rate cuts ahead thereby showing its readiness to ease policy, while the median 2019 dots are likely to remain unchanged.

“We expect clear signals of rate cuts ahead at Chair Powell’s press conference and expect the dot plot to support that message.”

“We changed our Fed forecast and now expect four rate cuts starting in July, though the Fed is not anywhere near that dovish yet.”

“At the FOMC meeting tonight we look for the Fed to open the door for a rate cut in July and a total of 75bp cuts in H2.”

“Lower inflation expectations, trade war uncertainty and signs of a manufacturing recession point to the need for a lower Fed funds rate.”

“Comparing the current Fed funds rate with measures of the neutral rate also suggests that monetary policy is not too tight. The Fed meeting will include new projections (dot plot).”

“We expect the Fed to signal readiness to ease policy but to stop short of committing to a near term cut at Wednesday's FOMC meeting.”

“Chair Powell will likely look to put markets more at ease by reiterating his comments a few weeks ago that the Fed is ready to act if conditions warrant it. The Fed will likely stress that they are monitoring risks on the economy and taking appropriate action to sustain the expansion.”

“In terms of projections, we expect the Fed to deliver only modest downgrades to growth and inflation forecasts despite some recent weakness in data. We expect the median 2019 dot to remain unchanged (reflecting a Fed on hold) and the median 2020 dot to decline.”

“Market participants clearly believe there is a need for the FOMC to respond to global uncertainty, and to do so quickly. Between now and Nov 2020, four cuts are priced in, with the first to come (on the market's expectation) in Jul.”

“To occur, a material shift in FOMC communication has to be seen at the Jun meeting. Not only does the median fed funds rate expectation for 2020 and beyond have to shift from a hike to cuts, but the Committee's growth and inflation forecasts will have to be marked down materially.”

“While mindful of the risks, as this threat to growth has only just started showing up in business investment, and given the consumer remains on a strong footing, we believe the Committee will limit the scale of its Jun revisions and try to buy time. We do anticipate rate cuts, but only two rather than the market's four, and likely not until Sep (then Dec).”

“The Fed is widely expected to keep rates on hold when the June FOMC meeting concludes on Wednesday. However, we expect the Fed to signal via multiple channels that it is moving towards an easing of monetary policy over the coming months.”

“Our base case is that the Fed will cut interest rates three times by Q1 2020, with the first 25bp cut occurring at the July meeting. Given the extent to which market pricing has moved, it looks difficult for the Fed to ‘out-dove’ what is already priced in (three full 25bp cuts by Q1 2020). With that said, markets often take more lead from the direction in FOMC signaling rather than the scale of the shift per se.”

“Financial markets are pricing “pre-emptive” rate cuts as soon as July. This is what the Fed did in 1995 to keep the expansion going. But back then the easing cycle started from a mildly restrictive monetary policy stance. As of now, benchmark rates are still hovering in neutral territory, which suggests a much more bearish assessment of the balance of risk from the central bank would be required to satisfy market expectations.”

“In our view, hard data, as well as anecdotal evidence (the Beige book reported some improvement in the pace of economic activity from April to May 24th), do not yet support such a downgrade to the Fed’s baseline scenario. Trade tensions are indeed a concern and, consequently, we expect the FOMC will want to wait after the G-20 meeting (June 28-29) before judging if a more accommodative policy stance is required.”

“In the meantime, we expect the Fed stays put and acknowledge in one way or another that, although the economy has performed well so far this year, downside risks to the outlook are rising. On the inflation front, market-based measures of inflation expectations have ebbed since the May meeting. Furthermore, the core CPI is running at a tepid 1.6% annualized pace in the last three months. Nothing to reassure members of the committee that are already expressing unease with inflation expectations appearing to be too low to be consistent with their inflation target. So, Chair Powell will have to play his cards right, showing openness to cut rates without pre-committing the FOMC to action.”

“The Fed has a very delicate balancing act to contend with as they have a choice of endorsing current dovish market pricing and keeping things calm, or to suggest it’s gone too far too quickly and give risk assets a sharp jolt.”

“Friday’s strong retail sales data adds to the complexity. It’s hard not to feel that they are being driven into a corner at the moment as markets are now pricing in virtually a full rate cut at the July meeting and a further 2 cuts over the next 12 months.”

“Expectations are much lower for a cut this week, with around an 18% chance. Our US economists recently changed their Fed call and expect 3 cuts of 25bps each at the July, September and December meetings. They also lowered their 2019 growth forecast by 40bps to 1.9%.”

“After hiking interest rates four times in 2018 the Federal Reserve has taken a more cautious approach to monetary policy in 2019.”

“On Wednesday, we expect the Fed to signal precautionary rate cuts are in the offing. Markets favor a 25bp rate cut in July with three additional rate cuts over the next twelve months.”

“We are a little more cautious seeing two 25bp moves in the second half of 2019, given the underlying strength of the US economy and our belief that President Trump will want a trade deal signed well ahead of the presidential elections next year.”

“Inflationary pressure remains modest. We do not expect core PCE inflation to return to 2% until 2020. Although we continue to believe much of the recent weakness has been transitory, we also believe the Fed has become increasingly committed to showing that 2% inflation is a symmetric target.”

“The trend in hiring has downshifted but remains strong enough for gradual labor market tightening to continue. By our estimates, it takes job growth of about 100,000 per month to meet labor force growth and keep unemployment steady.”

“Both domestic and global growth has slowed, and slower inflation has pushed up the real federal funds rate. With limited fears about the Fed being “behind the curve” and less available ammunition than in prior expansions, we think the Fed is likely to deliver two “insurance” cuts to forestall a sharper deceleration in GDP and prices.”

“So long as the data evolve as we expect, we do not believe further accommodation will be needed in 2020.”

“With the lack of progress in the US-China trade negotiations, the weak Employment Report for May and disappointing inflation data the FOMC now has all it needs to make an insurance cut. However, they may prefer to wait until after the G20 meeting before pulling the trigger. Therefore, we expect an insurance cut in July.”

“In the meantime, we are likely to see a conditional statement at the June meeting promising an insurance cut if there is no significant improvement in the US trade relationships.”

“What’s more, given the bleak outlook for the US-China trade negotiations, there is a significant risk of additional insurance cuts before the end of the year. However, we think that they will prove to be insufficient. More likely, the threat of a recession will force the Fed to start a full-blown cutting cycle in 2020.”

“We expect the June FOMC meeting to tee up for a cut in July, after the G20 meeting. We think the FOMC will remain data-dependent with respect to another insurance cut in 2019. Another cut in December is our base case at this stage, as we believe that growth and inflation are unlikely to surprise meaningfully on the upside and trade tensions are unlikely to abate.”

“We expect the FOMC’s median core PCE projection to be revised down to 1.7% for 2019 and 1.9% for 2020. We do not expect a significant growth downgrade but anticipate that the statement will describe the Committee as “ready to act as appropriate to sustain the expansion” rather than remain “patient”.”

“For the June FOMC meeting, no rate cut is expected.”

“Signals offered via the updated Summary of Economic Projections (SEP), the FOMC statement and Chairman Powell's press conference will be closely watched.”

“US retail sales strength encourages investors to talk about a mid-cycle rate cut, which would be risk-positive.”

“Given recent dovish comments from Fed officials, we expect a shift to an easing bias. At a minimum, we anticipate a flattening in the dot plot.”

“Chair Powell is likely to reiterate that the FOMC stands ready to support the expansion. We don’t expect a pre-commitment to ease, but acknowledge there are risks to our view.”

“We look for the FOMC to end quantitative tightening now.”

“Our call is for the FOMC to start cutting rates later this year as we anticipate ongoing trade uncertainty to linger and weigh on growth and markets. The easier policy will also provide a needed boost to cyclical inflation.” 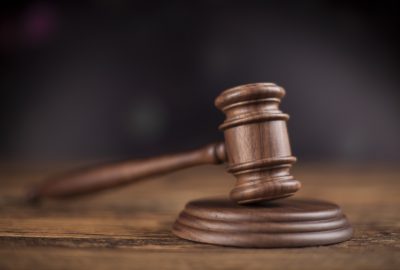 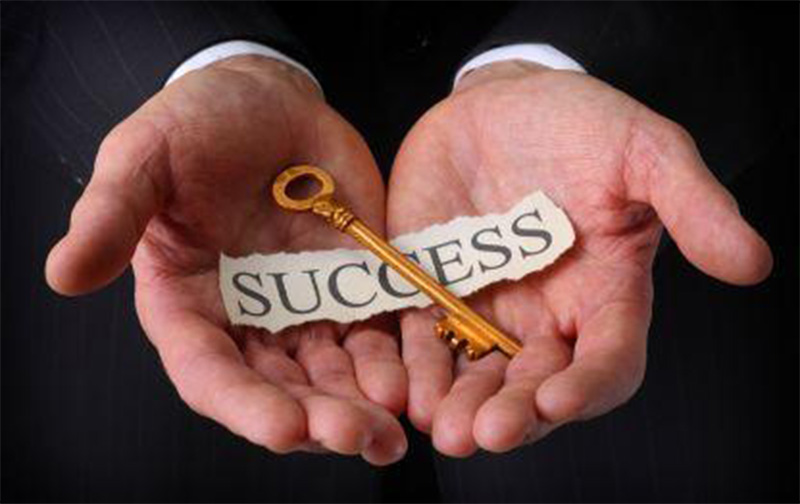 Do You Know What the Hidden Message Was in the Fed’s Statement?

Fed: Markets Prepared for a Twist in Monetary Policy