20 October, AtoZForex.com, Lagos – Having dropped in capitalization by about 75 percent since 2013, London-based hedge fund investor Liongate Capital Management is set to be liquidated. This is the latest casualty in the problems facing the industry in recent times.

On Friday, the move was confirmed by the majority owner; Principal Financial Group. It was duly confirmed by a spokesperson for Principal that the Liongate hedge fund board would be: "Taking steps to return assets to investors."

Back in 2013, when Lionsgate was acquired by Principal Financial Group, the firm was managing $2.1 billion worth of assets. At present, the firm’s assets under management are estimated to have fallen to less than $500 million this year, according to the Wall street journal.

Principal has not particularly stated the exact financial position of the firm, but they have clarified that in a statement that a loss of clients and reduction in assets under management had "placed the business under significant pressure" in the past two years. 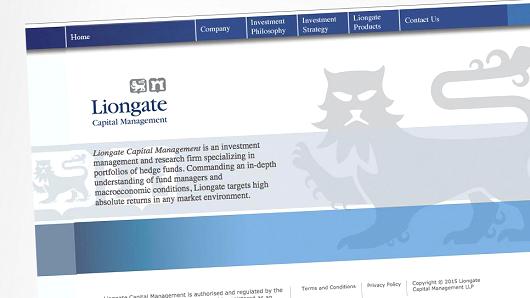 Liongate joins other big names like Fortress Investment Group LLC and Renaissance Technologies LLC shutter funds, which have also been hit by the recent struggle in the $3 trillion hedge fund industry. Principal which holds a 55 percent stake in Liongate has confirmed that firm has started the process of returning cash to investors and of scaling back the firm’s operations. The fund experienced an exodus of client funds after recording a loss of around 8% in 2011. More withdrawals followed after the founders; Mr. Dillard and Mr. Holland left the firm earlier this year.

Peter Borish, a co-founder of hedge fund Tudor Investment Corp. and now chief strategist at Quad Capital said: “If you’re in a high-fee business, it’s very, very competitive. You need to perform to justify the fees and if you don’t perform then investors are going to shift assets elsewhere.”

Like many other of its peers, Liongate was hit by the negative wave sweeping the industry. Specifically, the fund of hedge funds sector saw $118 billion of outflows in 2009, according to Hedge Fund Research, and further withdrawals after that, due to poor returns and questions over the extra layer of fees that such funds charge.