Litecoin quickly gained 10% to hit above $100 shortly after halving. The following shares technical insights based on the Elliott wave theory.

August 05, 2019 | AtoZ Markets – The Litecoin halving took effect today. Prior to the halving, LTC dropped to the 5th spot based on market capitalization according to data available on Coinmarketcap. Meanwhile, the much-anticipated LTC halving exercise has happened today. Miners will now gain 12.5 LTC per block instead of 25 LTC once the process is fully completed. Though this would be bad news for miners however it was believed that scarcity would push prices higher. Few hours after the event, LTC price spiked to $107 gaining 10% in the process.

Halving or no halving, Litecoin has been impressive this year. From $30 in January, the cryptocurrency advanced strongly to $146 making a staggering 390% to end the first half of 2019 among the top gainers. From late June to July, the LTC price fell to $75 before it picked to $100 and above. Prior to halving, the price stayed below $100 for nearly two weeks and looked likely to build on the surge from $75. With this surge, will LTC advance and resume the 2019 bullish trend?

After halving, LTC has returned as the 4th largest on the market capitalization table overtaking BCH ending the latter’s very short stay. LTC’s current market capitalization at press time is $6.38 billion. The market is looking bullish all again. Bitcoin rallied swiftly to $11,700 and the entire market gained over $23 billion in the last 24 hours.

The nearest resistance levels remain at $105. Price should break above this level significantly and stay above it if a major recovery will start. If the price stays below $120 and breaks below $90, the bearish correction is most likely continue to prices below $75.

The dip from the $147 top was labelled to complete a zigzag corrective pattern at $75. In the last update, where the chart below was used, we expected a break above $105. 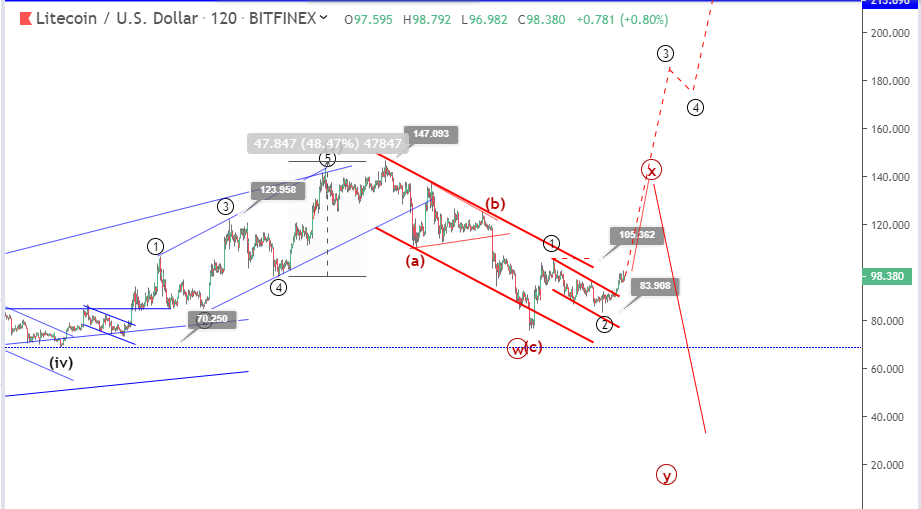 The new chart below shows that the price spiked slightly to $105 and returned quickly to $100. 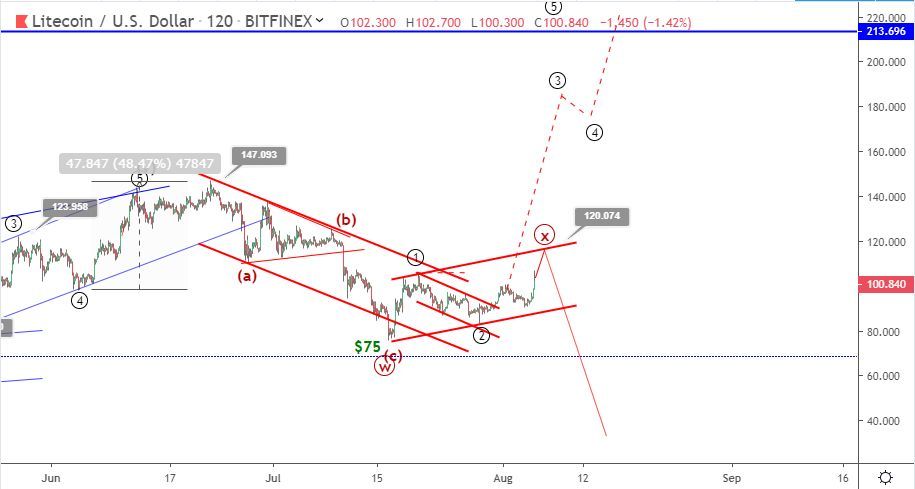 Litecoin is still within the bearish territory. A more complex bearish correction might emerge especially if the price remains below $120. If a fast surge happens above $120 to $140, the 2019 bullish trend is expected to continue.