Litecoin is heading to retest $99 as new high beckons. The following bullish patterns suggest we might see further rallies toward $110 or beyond.

May 15, 2019 | AtoZ Markets – Litecoin has slowed down a bit in May while its ‘big brother’ Bitcoin continues to lead the way. Prior to the April bullish breakout, Litecoin was ahead of Bitcoin in terms of price growth from the December lows and even overall performance in 2019. Litecoin however, dropped by over 80% of its early April bullish break with a dip to $70 in the last three weeks of the same month. In that same time, Bitcoin broke new highs and now over 150% up from the December low. In May so far, Litecoin has recovered much of the April dips but is still yet to break above the $99 high as momentum wanes.

If there is something we have noticed since the turn of the year, it’s the fact that Litecoin now seems to make its own move with less dependency on the mighty Bitcoin. 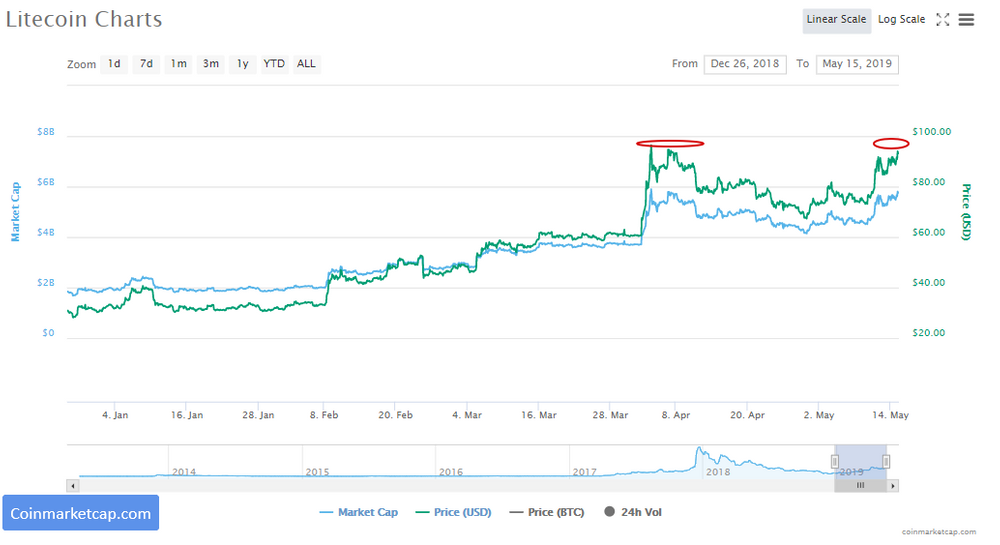 Litecoin price has jumped back to 5th on Coinmarketcap rank with $5.75 billion in capitalization. Since it bottomed at $22 in December 2018, LTC has now gained over 300% while its market capitalization also soared by 220%. A break above $100 is close and will lead to higher prices.

Although Litecoin and Bitcoin have taken different time to spike, their technical patterns are still similar. From the perspective of Elliott wave theory, the two cryptos are on a bullish impulse wave from their respective lows. While Litecoin has probably completed a 4th wave dip, Bitcoin is about to complete its 3rd wave. The strong BTC break above 4300 signified the kind of strong move displayed most often by the 3rd wave. It now seems Litecoin is ahead with the 5th wave developing from $69-70 as we predicted in the last LTC update with the chart below. 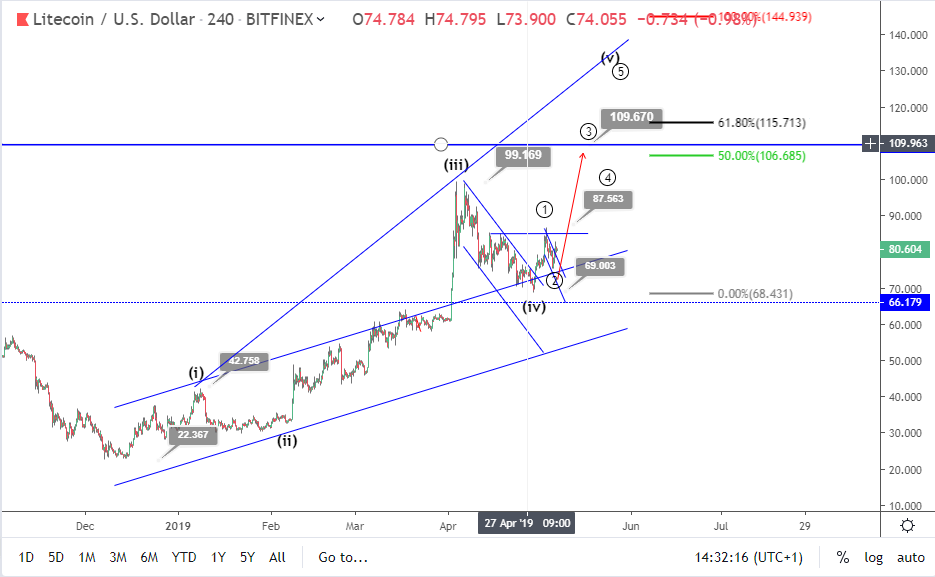 Price did exactly as expected – completed sub-waves 1 and 2 (circled) and broke above $85-87 to start the sub-wave 3 (circled). The 3rd sub-wave should break above the $99 high and soar further to $110 where it could meet strong resistance. The chart below shows the new update. 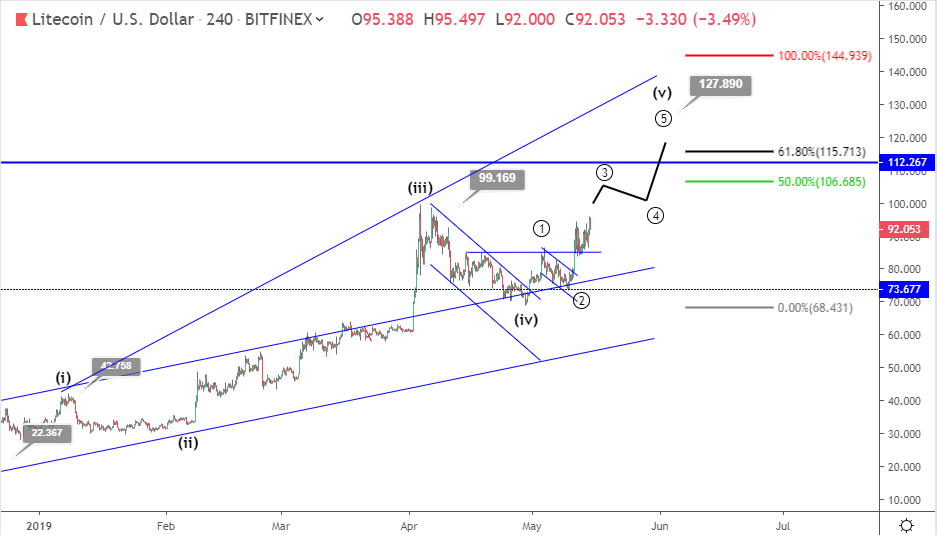 The break above $99 could go as high as $130 but a strong resistance level at $110 should be watched closely. Meanwhile, Litecoin is close to completing the first bullish trend of the current cryptocurrency recovery. A corrective dip back to $70 is very much likely to follow after the end of the current impulse wave medium-term trend.