Gold Bug Peter Schiff, one of the most renowned Bitcoin skeptics, has just lost all the Bitcoins he has ever owned. He claims that his wallet has become corrupt in some way, and the password is no longer valid. What can we learn from Peter Schiff Bitcoin loss?

20 January, 2020 | AtoZ Markets – Every asset has many threats that can lead to loss or destruction. Cryptocurrencies are no exception. Digital assets are subject to lose, just like any other asset by making even the smallest of mistakes. On January 19, Peter Schiff said on Twitter that he had lost access of his Bitcoin wallet due to a decryption error.

What is the Reason Behind Peter Schiff Bitcoin Loss?

Schiff added that his BTC is now intrinsically worthless and no longer has any market value. He also added, “I knew owning Bitcoin was a bad idea. Only I never realized it was so bad!”

Morgan Creek Digital co-founder and partner Anthony Pompliano asked if he had forgotten his password. Schiff replied, “My wallet forgot my password.” Pompliano then asked Schiff to send him an email directly:

“The software executes the commands that humans give it. It can’t ‘forget’ anything. Send me an email, and I’ll try to help you recover the lost Bitcoin.”

However, it seems that BTC can disappear forever, as Schiff replied:

“Eric Voorhees prepared my wallet, and he also thinks there is nothing I can do. But if you have any ideas, try it.”

I just lost all the #Bitcoin I have ever owned. My wallet got corrupted somehow and my password is no longer valid. So now not only is my Bitcoin intrinsically worthless; it has no market value either. I knew owning Bitcoin was a bad idea, I just never realized it was this bad! pic.twitter.com/6SJvDJOZU6

Schiff insists that the loss was not his fault, but that it was caused by a problem with the wallet’s software. "Lots of fake news about how I forgot my wallet password," he wrote about ten hours after tweeting the loss for the first time.

“Can’t #Bitcoin pumpers be honest about anything? I was very clear that I didn’t forget my password. My wallet no longer recognizes my correct password. Plus, what’s up with over 3K people liking that I lost my Bitcoin?”

A report from digital forensics firm Chainanalysis, shows that about 3.7 million Bitcoins had already been lost in 2017. The number must have risen substantially by now. In early 2019, the largest Canadian crypto exchange QuadrigaCX saw 145 million pounds of cryptocurrencies locked in a digital wallet only for password.

How to Secure Bitcoins and Prevent Irrecoverable Wallet Loss

While Schiff blames Bitcoin for its loss, these incidents can be avoided by taking some extra precautions while storing one’s crypto assets. Modern companies offer multi-signature wallets, which require multiple parties to sign a transaction before it can complete. The safest way to store your digital assets is to use a cold wallet. It has become hassle-free in modern times with a lot of options available at affordable prices.

In addition to using a secure wallet, it is also very essential to safely keep private keys. One of the most common ways to protect private keys is to generate and print a paper wallet. The safest method would be to store the keys on an offline storage device. There are many options available, and some even allow you to recover assets even if the device is lost.

It is advisable to use a safe password manager, which is also available in plenty for all platforms. A good password is long and random. Some passwords must be memorable, while other passwords can be conveniently stored in a password manager.

Schiff is known to be an explicit critic of cryptocurrencies. Previously, he said that the fact that Bitcoin losing all of the late October jumps proves that it is a pump-and-dump scheme. He also added that the end-October gain was a mere manipulation. 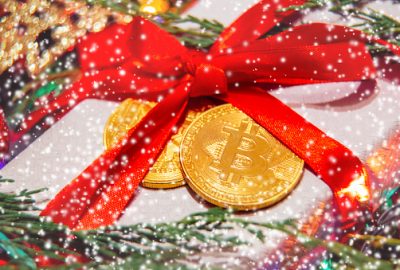 Survey: 65% of Americans Want Bitcoins as Gifts This Christmas
Broker of the month!