April 17, 2019, | AtoZ Markets - Crypto exchange Kraken delists BSV token just a few days after other crypto exchanges like Binance and ShapeShift excluded Bitcoin SV from its bitcoin list. Bitcoin SV delisting marathon started from the war of words between notoriously known Craig Wright that claims to be the bitcoin founder and Tweeter users.

The San Francisco based crypto exchange announced its decision just a few hours ago.  Such a move comes as a response to the unethical behavior in the crypto community, and Craig Wright and Calvin Ayre actions in particular.  Both men are the main sponsors and financiers of the Bitcoin SV project. In the report, published in the company's official blog, crypto exchange Kraken pointed on the antithetical of the Bitcoin SV team and state that “this aggression will not stand.”

“ It started with fraudulent claims, escalating to threats and legal action, with the BSV team suing a number of people speaking out against them. The threats made last week to individual members of the community were the last straw.”

As the crypto exchange Kraken reports  Bitcoin SV deposits will be disabled April 22, trading will cease on all trading pairs April 29 and withdrawals will continue until May 31.

The crypto company’s announcement states that the team made a decision to delist BSV token according to the survey, which has been conducted recently among Kraken users on Twitter. 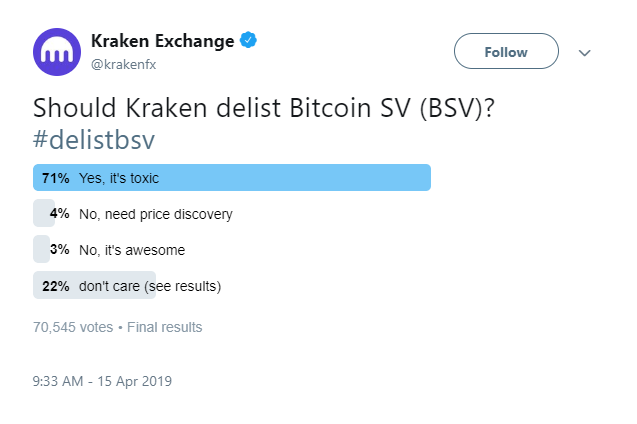 Crypto exchange Kraken community stated that alongside other members of their community, and in consultation with more than 70,000 Kraken users, they have decided to exclude Bitcoin SV from their crypto lists.

Crypto exchange Kraken, not the only one to exclude BSV

The list of the crypto exchanges that are getting rid of any connections to the BSV token has grown since Binance announced delisting Bitcoin SV on Monday.

At the moment along with Binance, the most important of them are Shapeshift, Blockchain.com, BitForex, and LiteBit. Most of the companies have announced their decision on Tweeter. 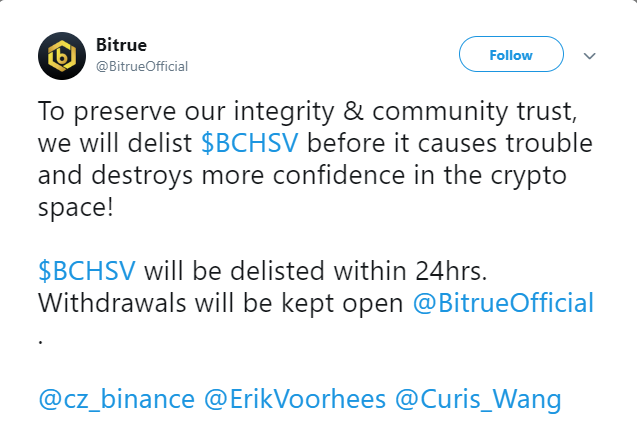 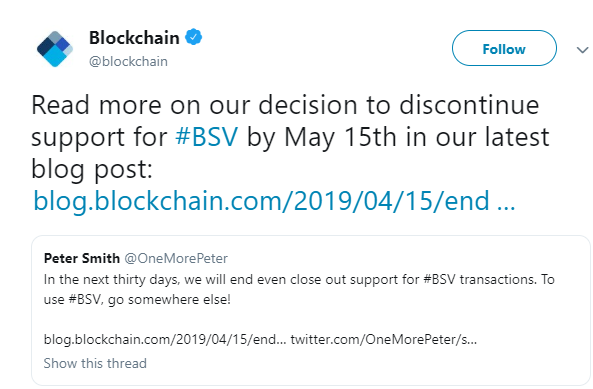 Certain platforms, like LiteBit and BitForex preferred to ask their users opinion first: 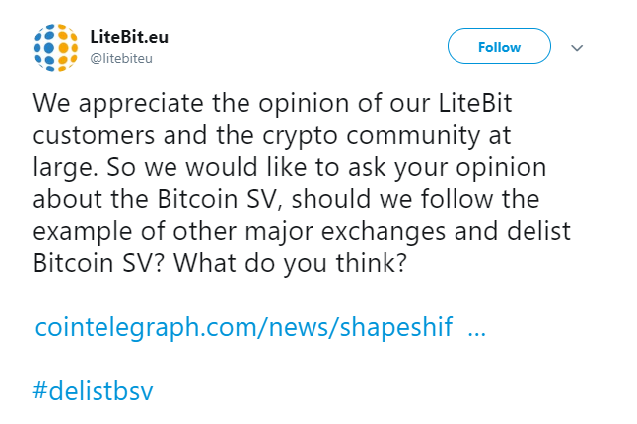 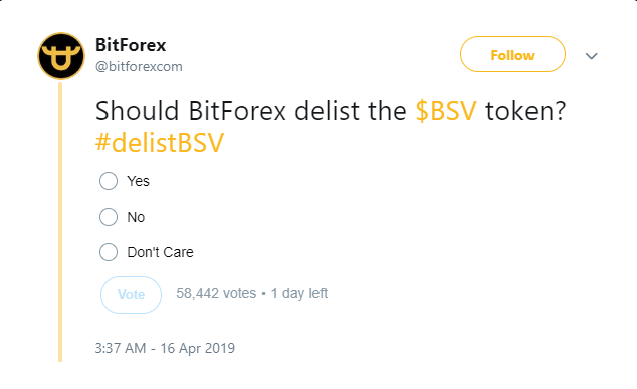