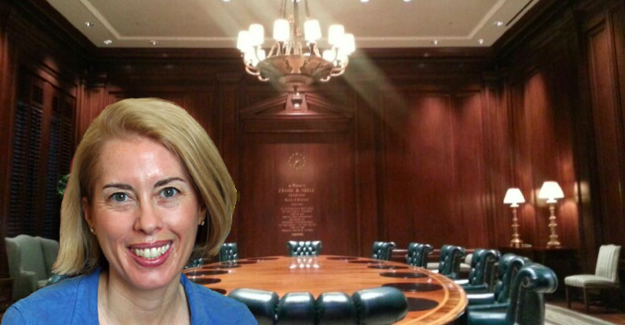 21 July, AtoZForex.com, Vilnius – The US President Barack Obama has chosen University of Michigan economist Kathryn Dominguez to fill the final open seat on the Federal Reserve Board of Governors, including an expert in international economics to the central bank's leadership unit.

Dominguez, who is also a research associate at the National Bureau of Economic Research, has a background in foreign exchange rates, emerging markets, and international borrowing, the White House said. Furthermore, she has served as a research consultant at the World Bank, International Monetary Fund and Bank for International Settlements.

Concerning Dr. Kathryn’s apt, Obama noted in a statement: "Dr. Dominguez has the proven experience, judgment, and deep knowledge of the financial system, monetary policy, and international capital markets to serve at the Federal Reserve during this important time for our economy."

Furthermore, Princeton University economist Alan Blinder, a former vice chairman of the Fed's Board of Governors, and a White House official has further praised the new preference noting that she is a "top-notch" economist who was committed to "getting it right" and her expertise will be a vital asset to the Fed considering US monetary policy conditions and US banking regulations.

The presence of Dominguez will bring the Fed Board of Governors up to its full potential of seven members, a set last seen in August 2013. Right as Fed Chair Janet Yellen is predicted to begin hiking short-term interest rates for the first time since 2006.

A side, Dominguez's has also published papers offering hints about her policy biases. In an article writing in 2012, she sketched out scenarios for the future of the euro. "The biggest challenges are political," she pointed out. Later in a paper published 2013, Dominguez made the case that much of the surprising slowdown of the US recovery since the financial crisis stemmed in large part from shocks with Europe’s origins.